Marileidy Morel Araujo, 32, was visiting family in Fairfield and was out walking the dog along Redding Road around 7:30 pm when she was struck and killed. 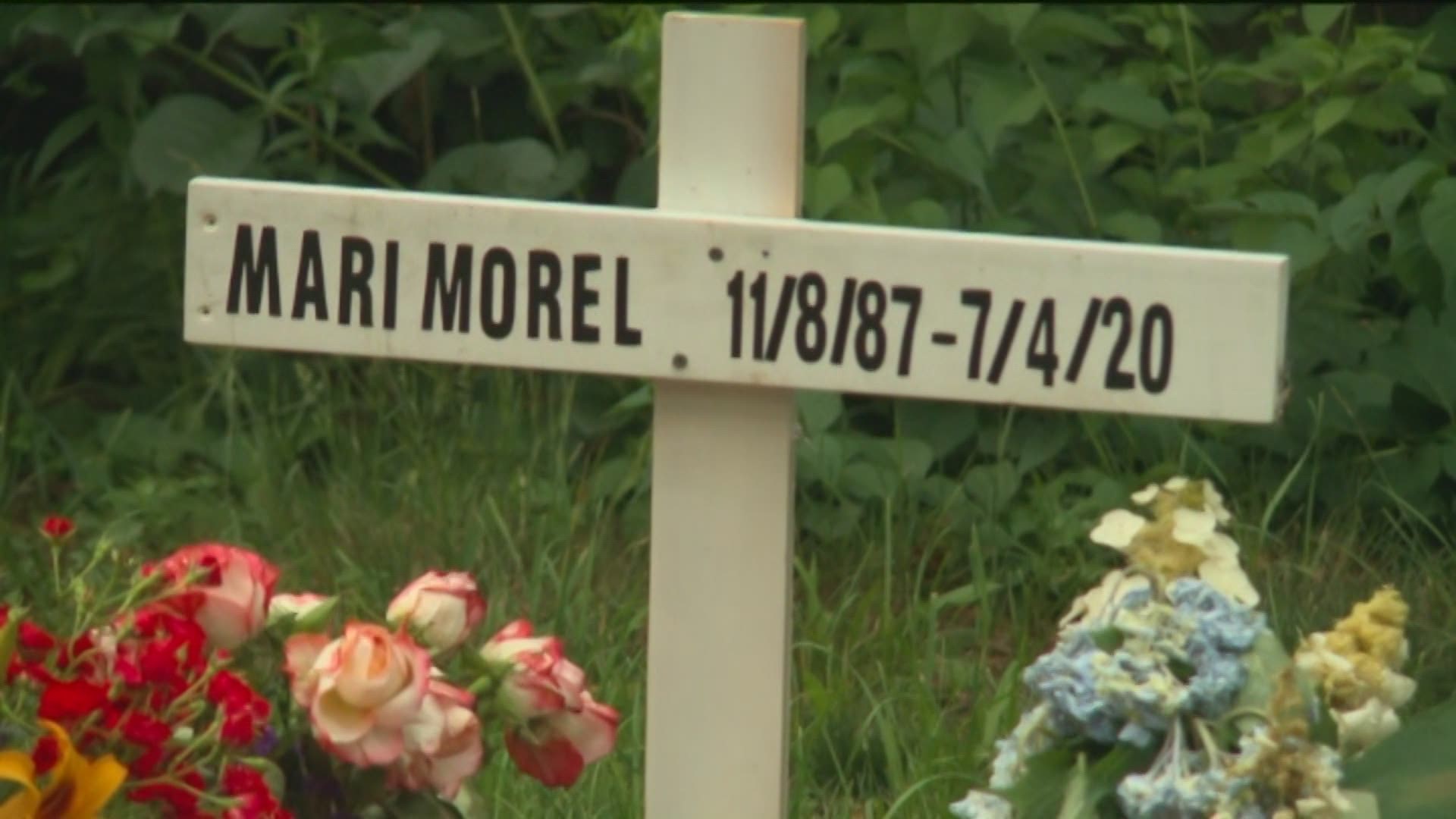 FAIRFIELD, Conn. — The search continues for a driver who struck a young woman out for a walk on the Fourth of July. Marileidy Morel Araujo, 32, was visiting family in Fairfield and was out walking the dog along Redding Road around 7:30 pm when she was struck and killed.

Fernandez's brother is engaged to Mari. She along with close family and friends were over Fernandez's house celebrating the holiday together. On her walk that evening, Mari was struck on the side of the road and thrown a few feet away. The family says she landed on her back and struck her head killing her.

"For us it’s devastating because we just loved her and she really was just totally committed to family and friends," said Fernandez.

Mari's fiance Danny had just beaten a multi-week battle with COVID-19. He spent time on a ventilator and is still recovering from the physical ordeal. Mari was the driving force that got him the help he needed.

"He’s devastated," said Fernandez. "They had just moved into a house together. They were making plans. They just started to buy furniture for the house and build out decks and landscaping."

Mari, originally from the Dominican Republic, moved to the US at a young age. She put herself through college and graduated last year with her masters while working full time. She was an avid traveler and had her own travel blog.

"It was her at this moment and she was on the grass but on any given day we have speed limits for that reason," said Fernandez.

A witness to the event had said he saw a green Jeep Wrangler fleeing the scene, although, police say they have not ruled out other vehicles at this time.

"We did acquire some surveillance footage from residents in that area which has given us some leads to look into," said Capt. Robert Kalamaras of Fairfield Police.

Police say they found evidence at the scene that could be from the front right or the mirror of a vehicle.

"Our hope is that someone was either in the vehicle or can identify someone who was involved in the accident," said Capt. Kalamaras.

The police and the family are asking whoever fled the scene to turn themselves in.

Fernandez said speed is an issue here and they have asked for help from the town with controlling the speed. They plan to hold a vigil for Mari Thursday night.