The McKinley Elementary School and the TJ MAXX Building had phrases like "Beijing Biden" and "Commie Harris" crossed out. 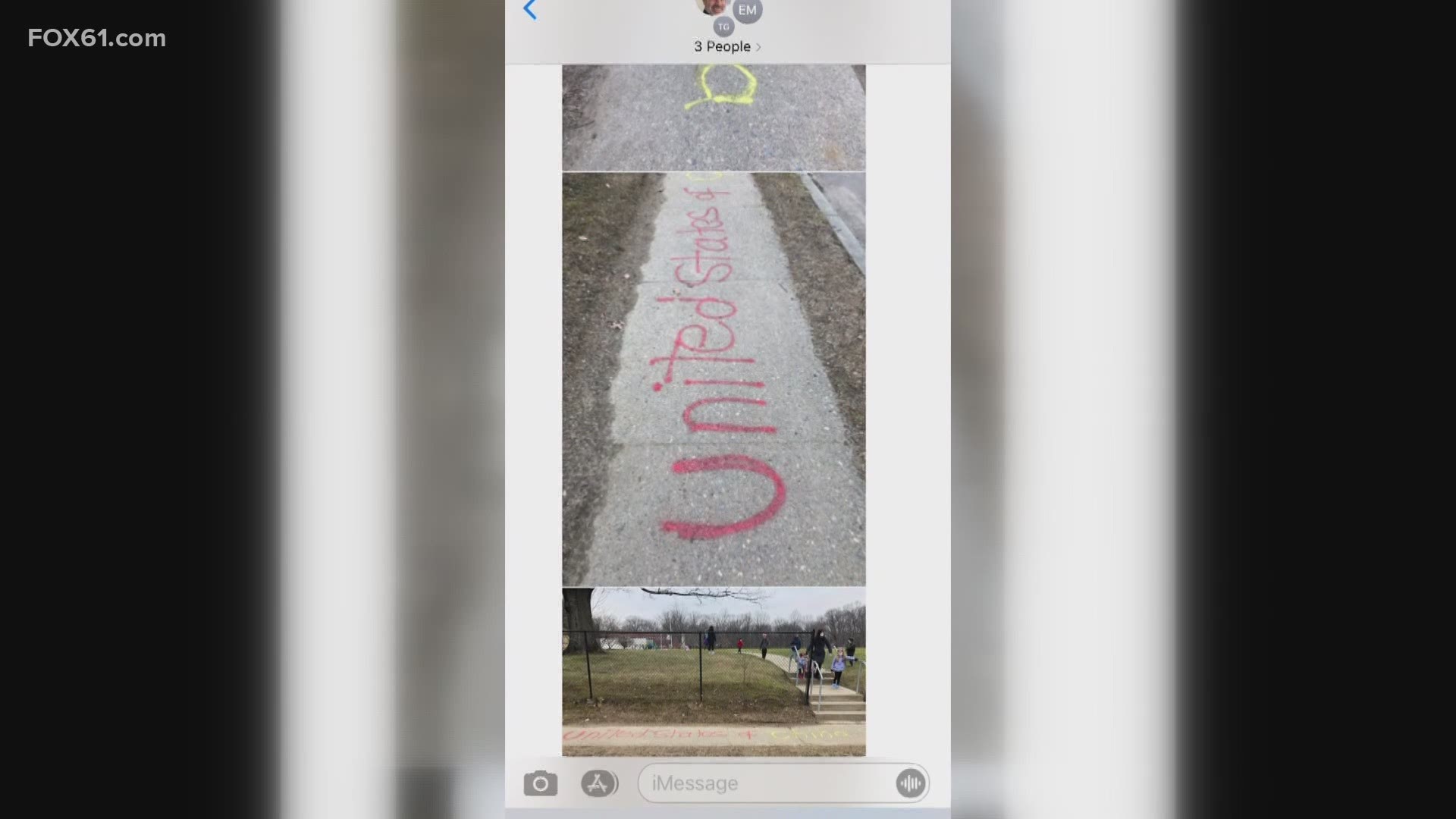 Police say a Fairfield Board of Education employee told them a sidewalk on McKinley Elementary School had been spray-painted with the phrase "United States of China." The same phrase was also found by officers spray-painted on a snowbank in the back of the school's parking lot.

Before Police arrived, Fairfield Public Schools Security and Facilities workers had removed more words spray-painted on the sidewalk that read, "Biden for socialism."

"The poignancy of placing it at a school location, the vandalism, and a political message, and a hate message against a racial group, at a school," said Republican State Senator Tony Hwang.

He says, the graffiti was right at the entrance to the school, where families could see it. He said the fact that it was at this particular elementary school was especially upsetting to him.

"At McKinley School which is well renowned in the region for its incredible diversity. Over 40 languages spoken, religion, ethnicity, culture, it is a tremendous melting pot of a community," he said.

The Board of Education and Fairfield Public Schools released a joint statement that reads in part:

"As we process the events unfolding across our country, we know that many in our community are dealing with feeling anger, hurt, and fear. However, there is no place for divisiveness or disruptive language in Fairfield Public Schools."

Police found later Wednesday evening more spray paint at various locations on the TJ MAXX building in town. Police say the messages were similar to the ones found at the school. The two locations are close to each other.

Officers said they are working to identifying the people responsible and said in part, "The Fairfield Police Department understands that this incident has caused a great deal of alarm and varying levels of concern for many living within our community and with that in mind police have been working diligently to identify the responsible individual(s)."

Local officials on both sides of the aisle are denouncing the messages.

"This is not what we need in our community, no community does. Especially right now in the midst of the national strife that we're facing. It's just divisive and it has no place here," said Democratic State Representative Cristin McCarthy Vahey.

"No group, no ethnic group, no religious group no group whatsoever in this country should ever by cast out for dispersion or for singling out because of anything," said Hwang.