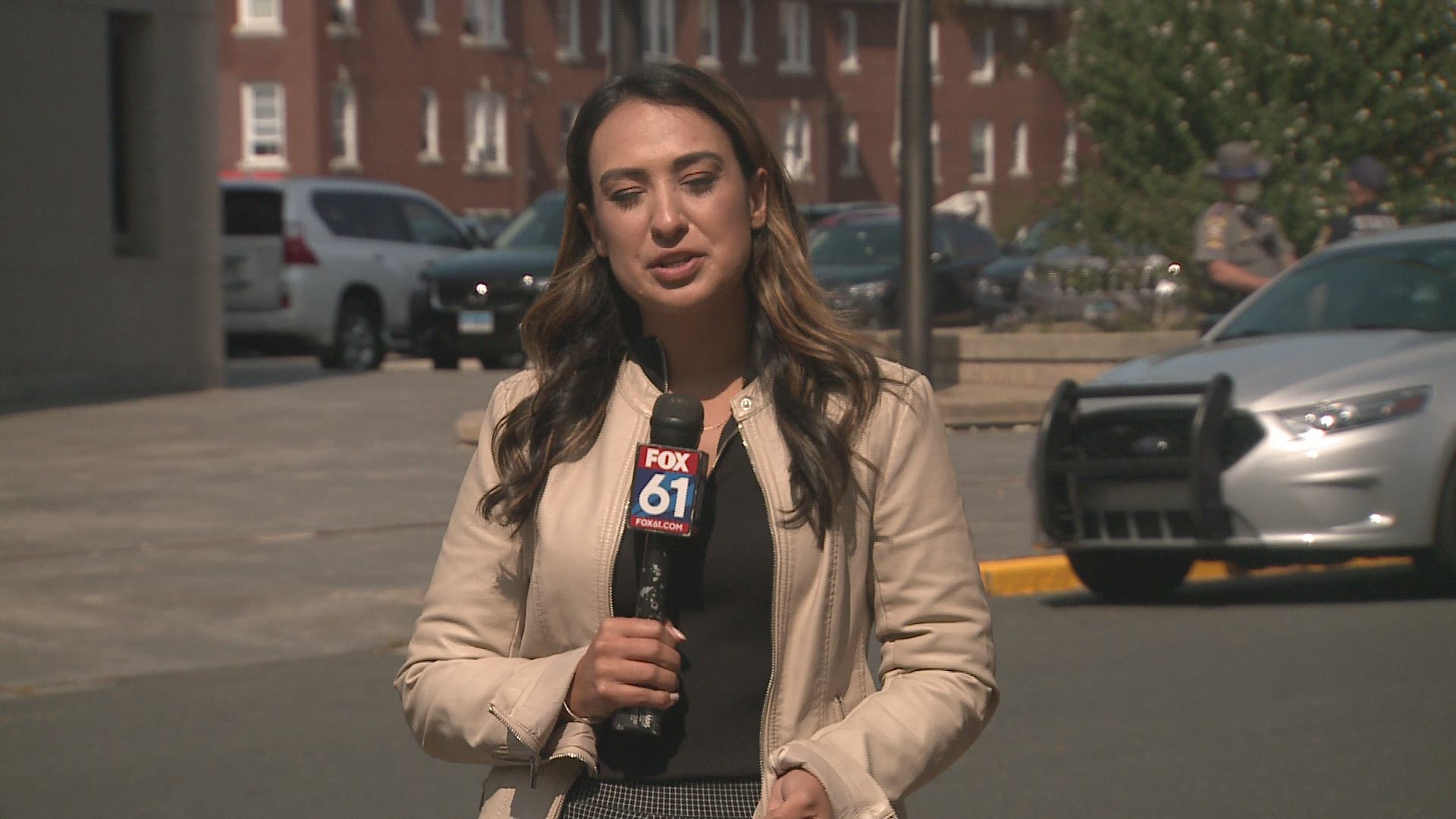 HARTFORD, Conn — The man who turned himself in after he allegedly shot and killed a 24-year-old over the weekend was arraigned today.

Jason Stone is accused of shooting and killing a 24-year-old Albertus Magnus basketball star, Jaqhawn Walters over the weekend. Today in court his lawyer said it was self-defense.

According to police, the shooting happened on Main Street Saturday afternoon.

Walters rushed to the hospital by private vehicle but did not survive.

Shortly thereafter  32-year-old Stone called the police and told them he had been involved in a shooting.

Dispatch told him to drive to Hartford Police Department and turn himself in, which he did.

Monday, Stone was arraigned in Hartford Superior Court. His lawyer claiming this was self-defense. “ He immediately called the police, turned himself in, did exactly what dispatcher asked him to do. By locking up his gone, prior to him going to the Hartford Police Department. There is a claim of self-defense in this case.”

The state arguing that there in mounting evidence against Stone.

“There is not only a witness detailed confrontation, but it’s also on video surveillance. Given the nature of the charge against him I would certainly think $1 million bond is minimum.”

His bond remains at $1 million dollars, he’s due back in court on October 5th.

Police said it was seen through surveillance video footage at 3395 Main Street that "a brief physical encounter between the suspect and victim, followed by the shooting."

On Sunday, hundreds of people gathered to remember Walters.

Swarms of friends and loved ones gathered on Main Street and Rosemont, each mourning in their own way either by candlelight or showcasing their love in an ATV and motorcycle parade.

Walters was a 2018 graduate of Albertus Magnus College in New Haven, where he was a basketball star. According to a statement from the college, the standout forward scored 1,821 career points and 1,167 rebounds at Albertus and was a D3Hoops.com All-American, GNAC All-Tournament Team, and GNAC Player of the Year.

In a message to the Albertus Community, President Marc M. Camille, Ed.D., stated, “For those of us fortunate enough to know Jaqhawn, or “JQ” as he was affectionately known to so many, we remember his beaming smile and larger than life personality, bringing joy to everyone around him, whether it was on the basketball court, in the classroom, or in spaces across our campus.”

A prayer service in memory of Walters is being organized and is likely to take place on Tuesday. In the meantime, grief counseling is being made available to the Albertus Community.

Anyone who may have information regarding the homicide of Jaqhawn Walters is asked to call the Hartford Police anonymous tip line at 860-722-TIPS (8477).