A car was seen striking other cars and a storefront on Main Street in Hartford Monday. Police found PCP and cocaine in the car. 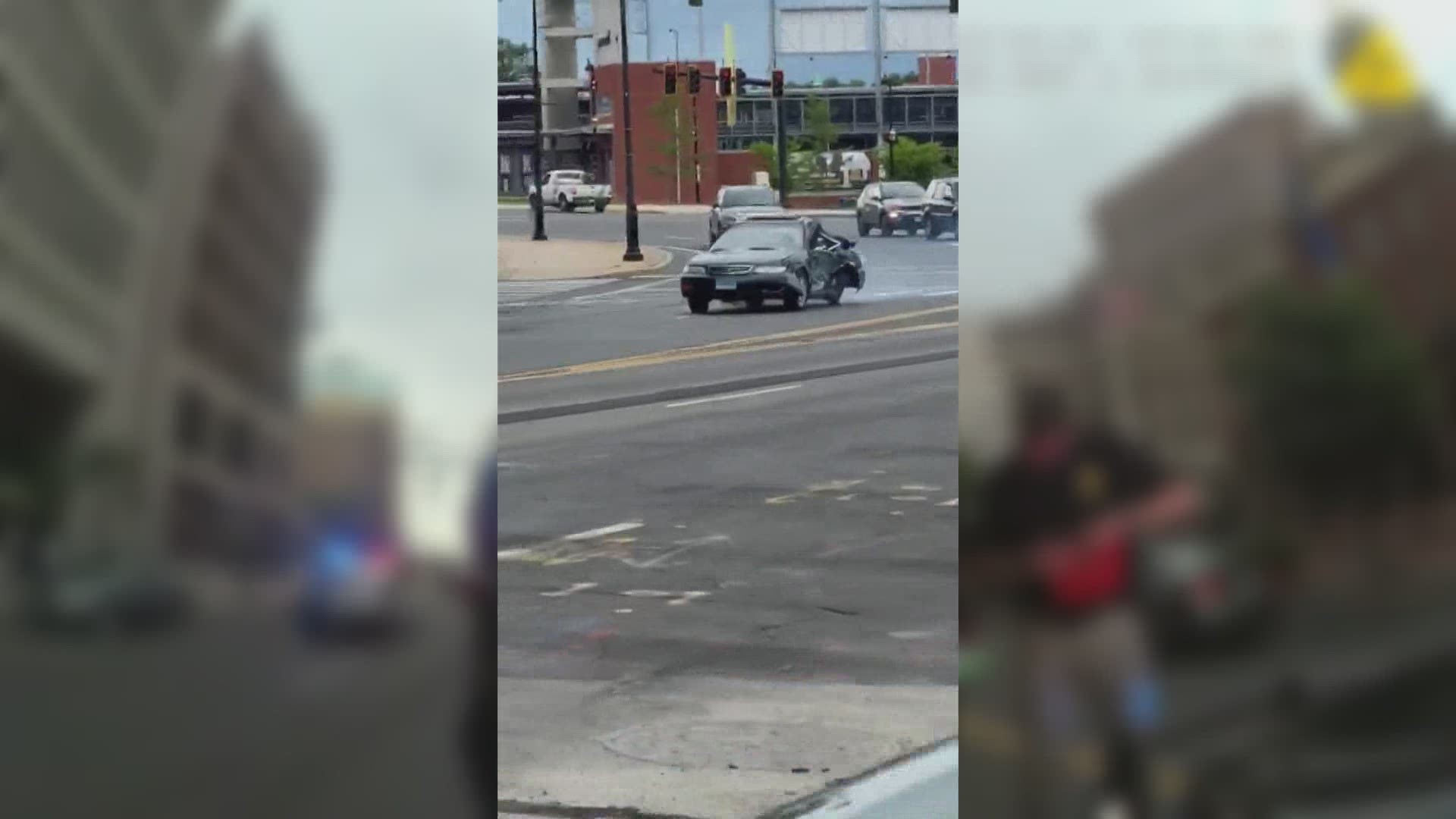 HARTFORD, Conn — A car that was nearly destroyed was seen zig-zagging, slamming into other cars and just missing a fire truck.

Hartford Police released the body camera footage that showed their encounter with the driver and what they found inside that car.

“I thought he was trying to hurt himself,” said Luis Vega of East Hartford.

Vega and his co-worker said they were at a red light on Main Street in Hartford Monday afternoon when all of a sudden, they saw a green Acura swerving all over the road and almost hit them.

“When I looked, it was coming towards us so I went down the street where the store is and he came and hit the store,” added Vega.

The driver has been identified as Greg Crawford, 35, of East Hartford. Crawford did not stop driving despite the damage to his back tire which was flat and loose.

“He was driving like this ... like a zombie! Just straight up,” said Luis Ortiz of East Hartford.

The car then hit the storefront of Track 23.

“For the window just to board it up. A few hundred. I’m guessing just to replace the actual glass, I want to say at least in the thousands. He did end up hitting somebody in another vehicle down this way if I’m not mistaken. This car ended up flipping all the way down the end. The firefighters were the ones who had to actually take him out of the car,” said Jarone Wilson, manager of Track 23.

When officers arrived on scene, they said Crawford seemed to be under the influence. He was sluggish as fire crews worked to rescue him from the smashed car.

Before Crawford was extricated, officers noticed he was moving something between his legs. Turns out, it was a 45-caliber handgun and that’s when officers immediately took it away from him.

The police body camera video showed officers covering Crawford in a white sheet to protect him from shattered glass.

That is when police said Crawford grabbed the gun from the back and hid it underneath his front seat.

Moments later, police found the black handgun and took it away as evidence.

While cuffed in the back of the cruiser, police said Crawford got into a kicking fit.

Police also discovered 33 Ziploc bags of PCP and a bag of cocaine.

Police said Crawford bit a security Officer while he waited for treatment.

Records show Crawford was no stranger to law enforcement. He is a previously convicted felon on parole for his involvement in a robbery and shooting in 2009.

For Monday’s incident, he is facing 13 different charges.