Over the past month, the Hamden Police Department has responded to at least 10 calls for armed robberies. The latest: early Tuesday morning. 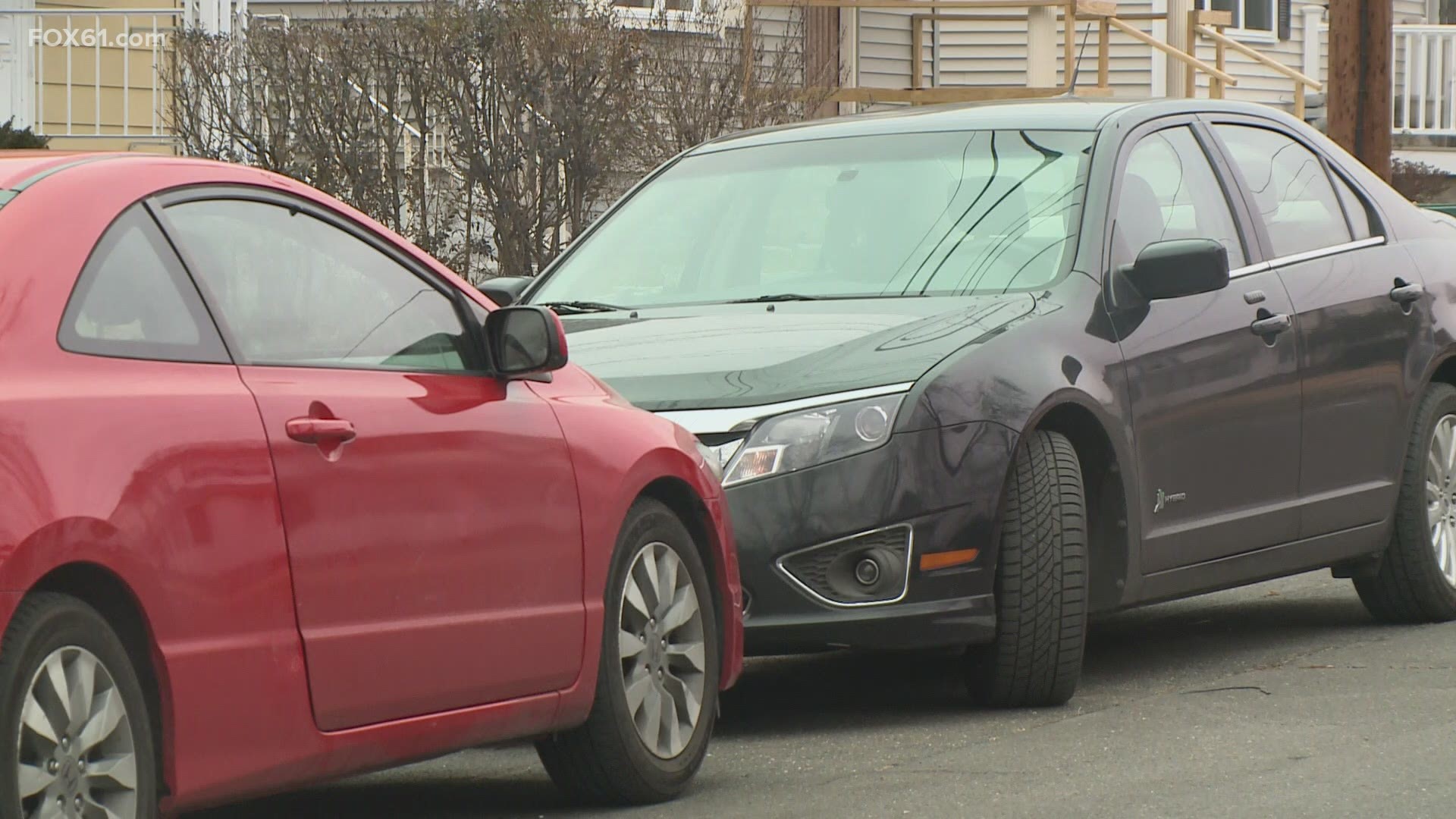 HAMDEN, Conn. — Police across the state have experienced an uptick in crime during recent months, but Hamden has been hit with an especially troubling trend.

Over the past month, the Hamden Police Department has responded to at least 10 calls for armed robberies. The latest: early Tuesday morning.

"It’s very concerning, especially being in a neighborhood with the school," said Kristina Vollano, who lives in the neighborhood where the latest armed robbery occurred.

That neighborhood: Helen Street, along which, just before 6 AM Tuesday, a 26-year-old man told police a black BMW pulled up alongside his car, as he was warming it up. And, before he knew it, a gun was put to his head. The victim told cops his car, wallet and cell phone were all stolen.

Vollano says this kind of crime gives her the creeps.

"Especially with a lot of kids in the neighborhood and a lot of people walking out at nighttime," she said.

Among the other recent armed robberies were three that occurred within 30 minutes of one another, less than a mile apart, along Dixwell Avenue on December 7.

"My first thought is this is not Hamden," said longtime Hamden resident, Kim Washington.

She is a neighborhood watch Captain.

"I’ve been living in the Town of Hamden for over 35 years and it’s never been like this before," Washington said.

She’s been the victim of violent crime a couple of times, including in late November, when on the Sunday of Thanksgiving weekend, she had plenty to be thankful for.

Early that evening, her home was riddled with bullets.

"All of a sudden, it sounded like it was 15 shots in my driveway," she said. "So, now I immediately jump on the floor on my father's feet and I tell my dad that don’t move."

Monday evening, she was among the organizers of a community forum that addressed the recent violence.

"I thought the community forum was amazing because it allowed the people in the public, in the town of Hamden, a bit to actually have their questions answered," Washington said.

That online forum was limited to 100 participants. But the follow-up chat, scheduled for next Thursday, January 21, will not limit the participants.