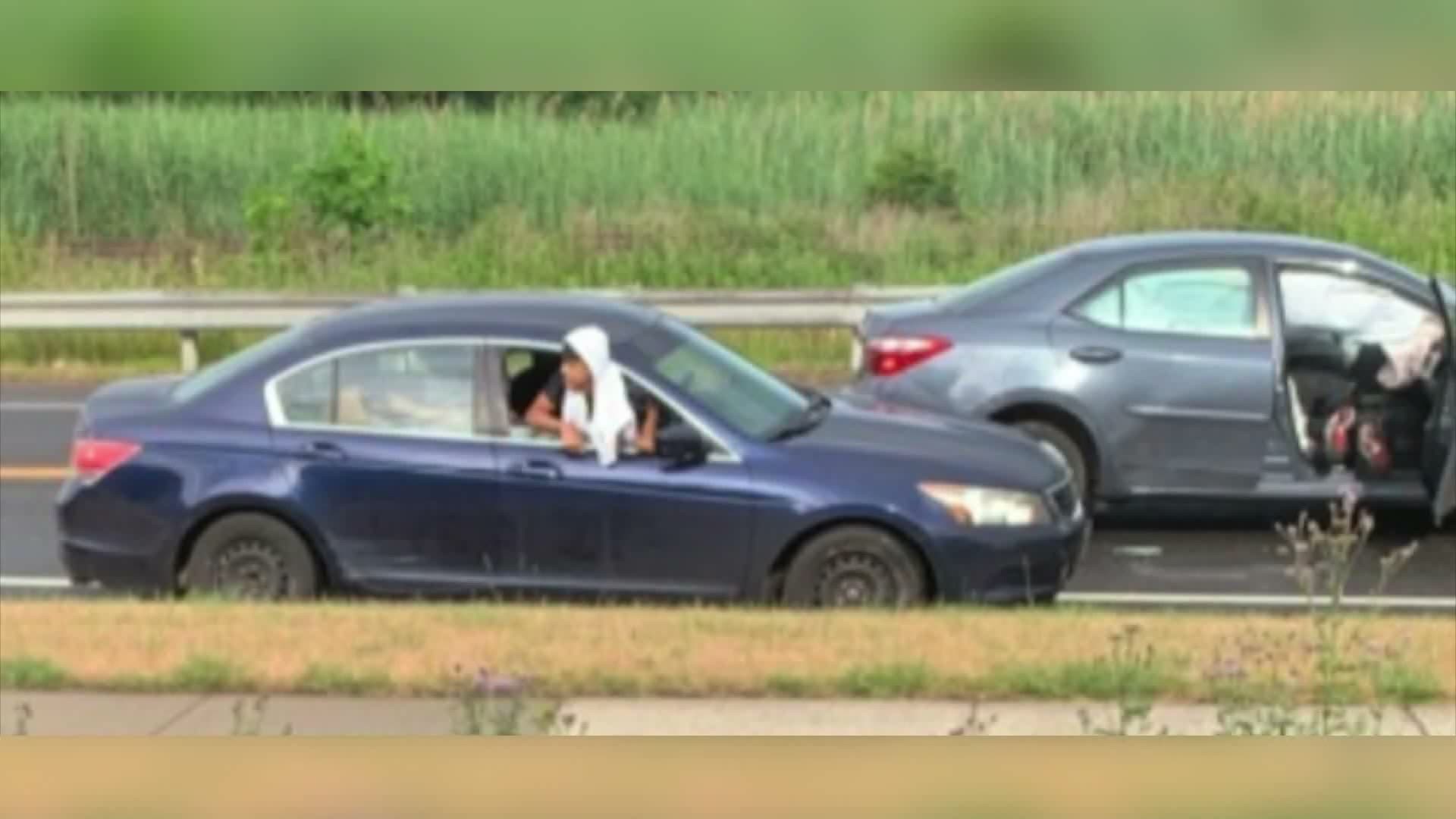 HAMDEN, Conn. — Police say to be on the lookout for a blue Honda Accord after officials say it was involved in a fatal hit-and-run.

Police say they are actively working to find out who was behind the wheel in this fatal hit-and-run on state street, but neighbors who live in the area say this incident didn’t come as a surprise.

“It is sad my heart goes out to the families, best believe me all of them, said Denise Beauton is one of many neighbors that was alerted after a fatal hit-and-run right in front of their complex.

Police say around 5:30 Wednesday evening they received a call about a motor vehicle accident.

In the police report, witnesses say those same two vehicles were driving “erratically” along state street where they hit a man on a scooter or moped in front of the ridge hill condominiums.

Cpt. Ronal Smith with the Hamden Police Department further explained, “Once they struck the operator of the moped, they abandoned that vehicle and they entered a Honda Accord, the color blue, and that vehicle fled southbound on Whitney Avenue.”

Police identified the victim as 21-year-old Garrison Nieves, of Hamden.

Officials are using these photos to identify people who may have been involved in the incident as seen here and the blue Honda Accord mentioned with the plate tag reading AS-54198.

Neighbors like Beauton says although the incident is tragic, it is not surprising when FOX61 asked if the area was known for speeding.

Beauton said, “Oh god yes, all the time and that’s the scary part is people turning and I’m sure I am not the only person that feels that way. I go in and I’m just like you know there is a sign that says ‘DO NOT PASS’ and they continue to just go around you... you know they don’t care.”

Police confirm that the area has a history of speeding in the area and it is currently being combatted with radar technology and more.

Residents say going forward they hope city officials will look at the area to see what can be done to make sure drivers are following the rules of the road.