The woman told police she was waiting to catch a southbound bus to work when a gray sedan pulled up and a passenger jumped out holding a knife. 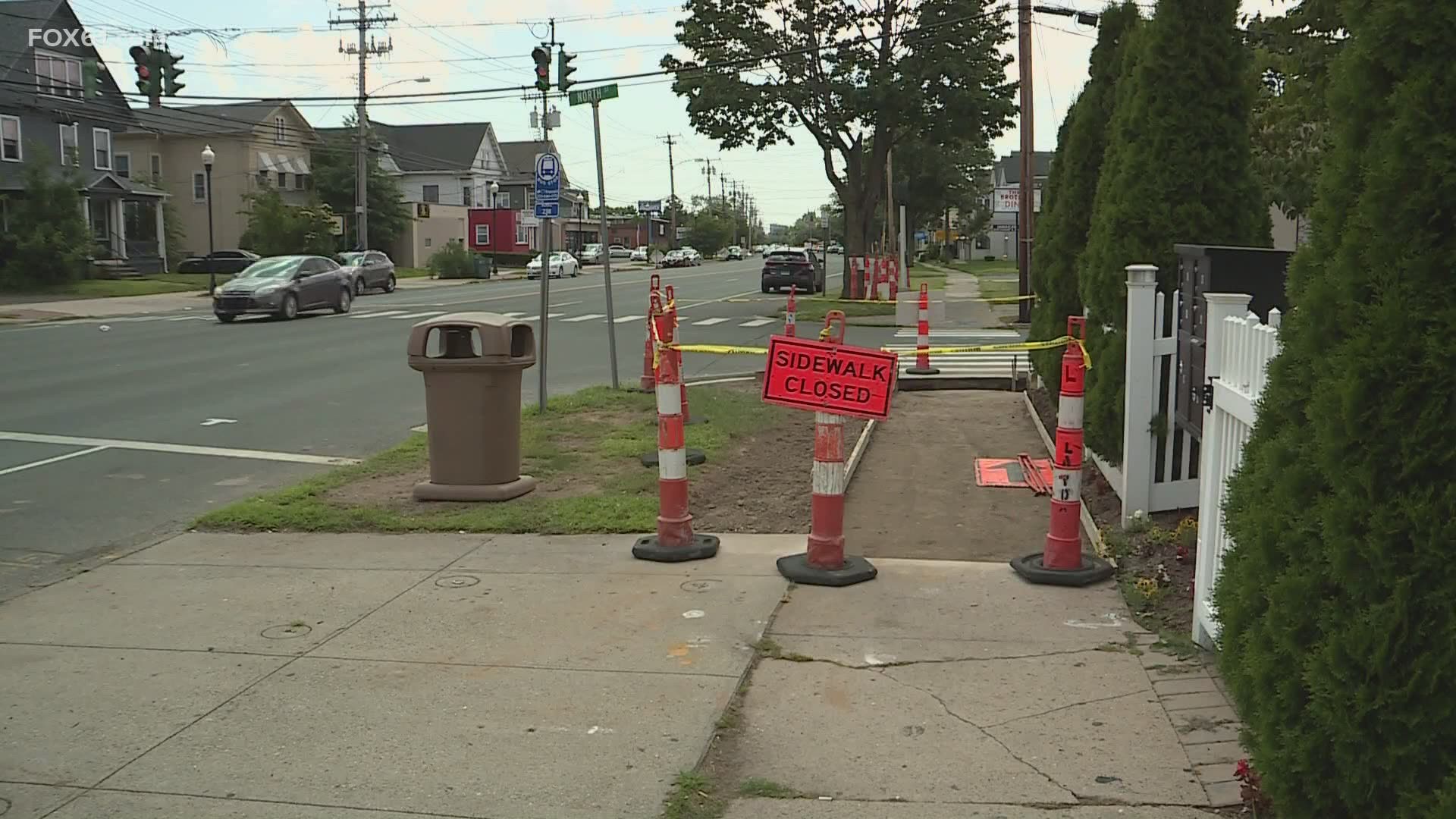 HAMDEN, Conn. — A trend of women being targeted in Hamden continued Friday morning when Hamden police were called to the corner of Dixwell Ave. and North St., where a 60 sixty-year-old woman said she was robbed at knifepoint.

The woman told police she was waiting to catch a southbound bus to work when a gray sedan pulled up and a passenger jumped out holding a knife.

"He then took the knife and pointed it and pushed it into her chest while demanding her money," said Hamden Police Capt. Ronald Smith. "He then grabbed her by her shoulders and threw her to the ground while stealing her purse."

Fortunately, she was not seriously injured but this incident underscores what’s been a disturbing trend over the last six months in Hamden: women being targeted.

"We had an incident in the Hamden Mart plaza area in which we had an 85-year-old woman who was thrown to the ground and fractured her shoulder," said Smith.

Like this Friday incident, that assault occurred on Dixwell Avenue as did another scary encounter in February in front of the Stop & Shop, where a woman was dragged by a car whose occupants were trying to steal her purse.

"Recently we set up a crime deterrent unit which is a group of officers that are patrolling mostly our high crime areas," Smith said noting that it's deployed at different times each day.

Another Dixwell Ave. crime went down in March when a store clerk asked a customer to leave the store for refusing to wear a mask. The man didn’t like that directive, so he attacked the store clerk punching him over 15 times according to the police report.

"We’ve been fortunate to make arrests in several of these cases," Smith said. "We recently made an arrest concerning the case in the Hamden Plaza involving the 85-year-old female victim."

This diner next to where Friday's alleged assault occurred tells FOX61 they were hit by a 17-year-old wielding a gun earlier this year. Police told the restaurant the same gun was likely shared by a group of kids, who took turns using the gun to rob multiple businesses that night.