Hartford Police Sergeant James Guzie is accused of use of force against a woman who was being booked at the time. 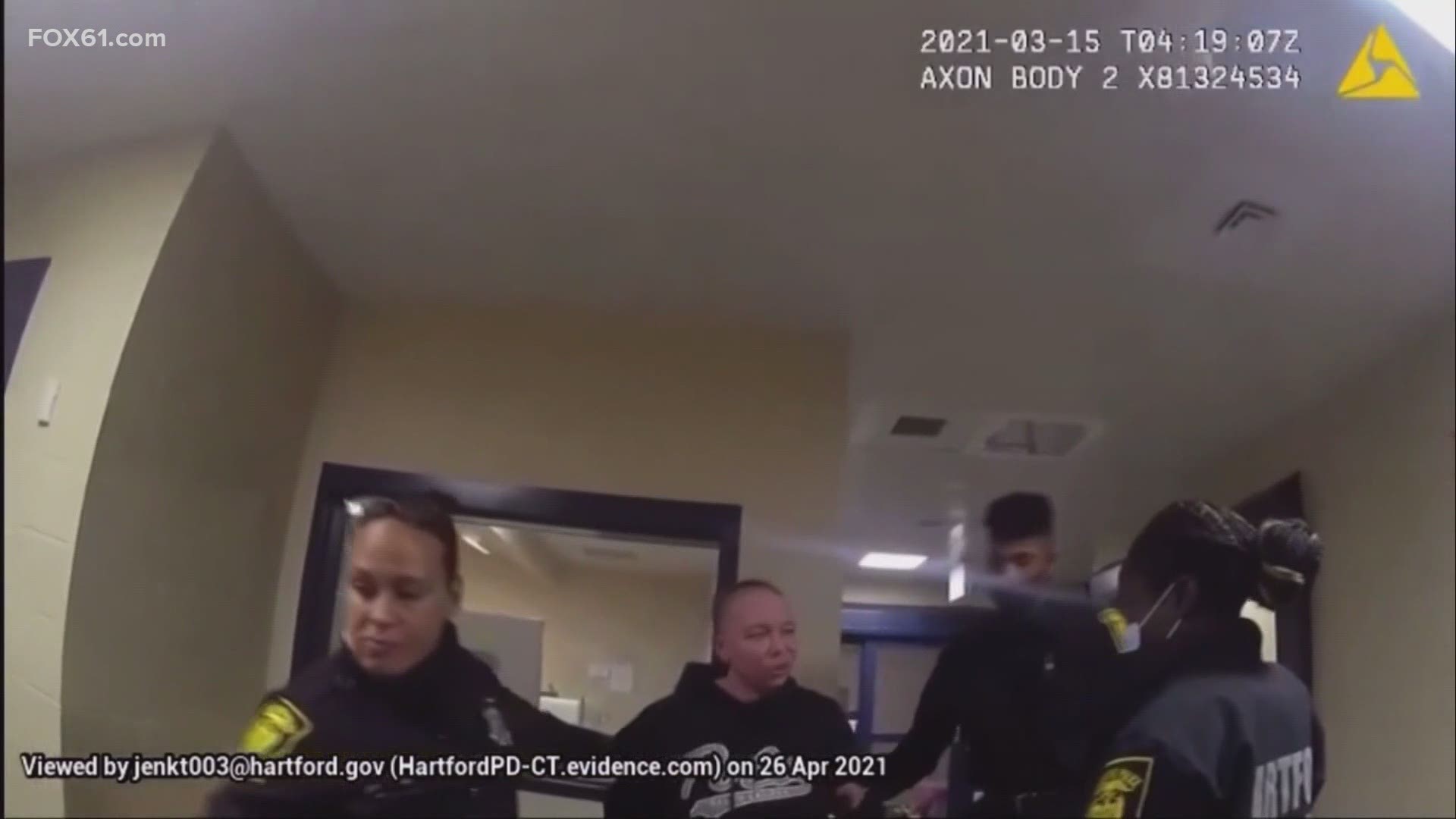 HARTFORD, Conn — Hartford’s police chief gave his first on-camera interview since a sergeant in his department was charged with third-degree assault stemming from a use-of-force incident last month.

Chief Jason Thody spoke to FOX61 News on Wednesday, saying that the use of force done by Sergeant James Guzie “should have never happened to that level.”

Guzie, a nine-year veteran of the Hartford Police Department, allegedly punched 44-year-old Felicia Jenkins while she was being processed during an arrest on March 15.

Jenkins, who is accused of first-degree trespassing and second-degree breach of peace in connection with a domestic incident, allegedly fought several officers, yelled racial remarks, hit and spat at officers.

Body camera footage from the incident shows Guzie, 47 – who was working in the detention division that night – punching Jenkins on the left side of her face at one point.

Hartford police said no guns, tasers, pepper spray, or other implements were used during the incident.

The incident was referred to Hartford’s State Attorney Sharmese Walcott for an independent investigation. On Monday, Guzie turned himself in and was arrested in connection with the incident.

Thody said Wednesday that when officers use force, it must be within the department’s policy and training practices.

“If it’s not within policy or training – even if by a slim margin – it is by definition excessive,” he said.

"You had an arrestee that physically lashed out at and physically with her hand, attempted to assault one officer, and then spit at the sergeant. I consider that like anybody else would especially in a pandemic, an assault and I think a use of force there may have been warranted.”

Thody said he has not spoken to Guzie since the arrest. He did say though that the Hartford Police Department is moving forward and revisiting de-escalation techniques with the entire force.

“Our administration will look into that as far as our policy and our training,” he said. “I don't disagree that there may have been a use of force there that could have been appropriate. It's the use of force that was chosen that doesn't conform to policy."

Meanwhile, the Hartford Police Union defended Guzie’s actions, saying the police officers during the arrest were facing an arrestee using racial and derogatory names as well as threatening officers with physical violence.

“These same officers are seen on camera hesitating to use force to get the arrestee in compliance as she assaults one of them,” the union said in a statement. “When an officer is assaulted there is no time for hesitation on the part of the officer—Officers need to act swiftly in order to keep the situation from getting out of control. Sergeant Guzie could see that the arrestee was getting more aggressive towards his officers and that action needed to be taken before his officers were injured. He used appropriate and minimum force to bring the arrestee under compliance, and his actions were in line with Hartford Police Department policy and procedures. The Hartford Police Union stands by its members—Law Enforcement is under attack as they continue to keep law and order."

Third-degree assault is a class A misdemeanor and Guzie can face up to a year in prison and a $2,000 fine.