On April 10, 3-year-old Randell Jones was shot and killed in the area of Nelson and Garden Street. 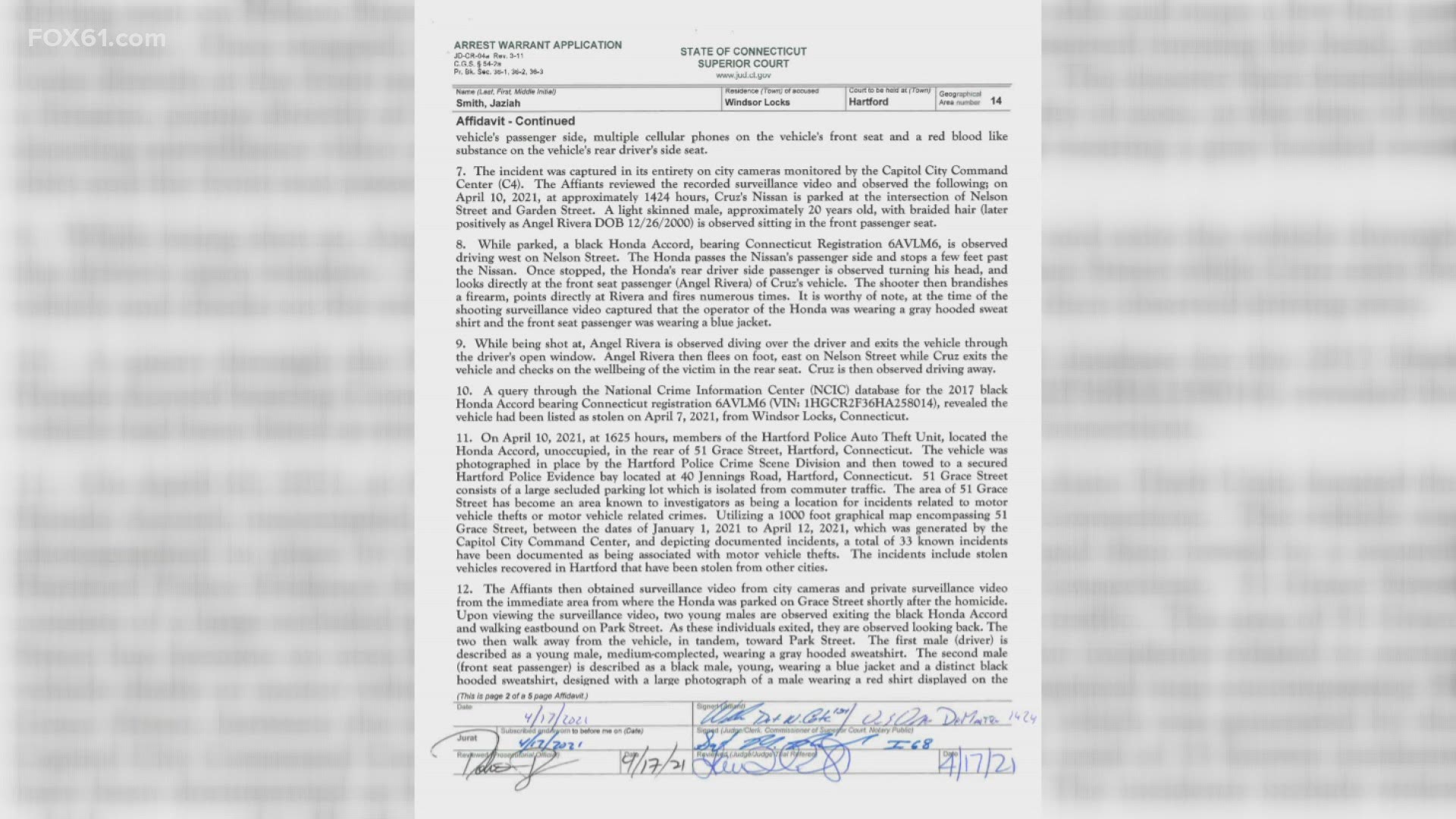 Jaziah Smith, 19, and Tyquam Malone, 16, were arrested in April and charged with murder after a drive-by shooting killed Jones.

The teens’ arrest warrants were unsealed and publicly released Tuesday and they paint a picture of how Hartford police used the city’s surveillance footage and Facebook accounts to identify the suspects.

Jones was sitting in a car with his mother, siblings and his uncle in the area of Nelson and Garden Streets on April 10 when a Honda pulled up on the passenger side and gunshots rang.

According to the court documents, 10 gunshots were fired into the vehicle. Jones was hit on his upper torso and left upper arm. He died from his injuries at St. Francis Hospital.

Police have said that Jones was not the intended target, but his uncle, who was seated in the front passenger seat at the time of the shooting and scrambled over the driver’s side seat to avoid the bullets.

Surveillance video obtained by police showed that the Honda’s rear driver side passenger turned his head and looked directly at the front seat passenger in the other vehicle. The shooter then brandishes a firearm, points directly at Jones’ uncle and fires numerous times.

Police pointed out that the driver of the Honda was wearing a gray hooded sweatshirt and the front seat passenger was wearing a blue jacket.

After the shooting, the Honda fled the scene. It was found later that evening abandoned in the area of Grace Street in Hartford. Police said the parking lot where the vehicle was found is known to be a dumping ground for stolen vehicles, the affidavit said.

Surveillance cameras linked to the police department’s Capital City Command Center showed two young males exit the Honda and begin to walk east on Park Street, one removing his gray hooded sweatshirt and the other a blue jacket. The clothes were handed to a person riding a bicycle.

Still images were disseminated to officers and detectives in the auto theft division, who “immediately recognized” one of them as a 20-year-old man they had arrested for interfering with officers during a stolen vehicle case just two days before the shooting, court documents said.

Police said detectives believed the man captured on their body cameras during the previous arrest was the same person seen in the videos the day of Jones’ shooting. They used his Facebook page, which used a pseudonym, to further identify him.

The photos were shown to Jones’ mother, who confirmed they were the same man – a person she had known “since he was a young child,” the affidavit said.

Police arrested the man on a second-degree larceny charge in connection with the theft of the Honda. According to the affidavit, the man told detectives in interviews that he was the “front seat passenger of the Honda Accord when the shooting occurred.”

He has not been charged in relation to Jones’ shooting death but remains in custody on the larceny charge.

Police said in the affidavit that the man identified Malone as the driver of the vehicle and Smith as the man who fired into the second car, killing Jones.

Malone and Smith appeared briefly before judges Tuesday in Hartford.