Videos have been circulating on social media showing Hartford police arresting a woman after they claimed her car was stolen. 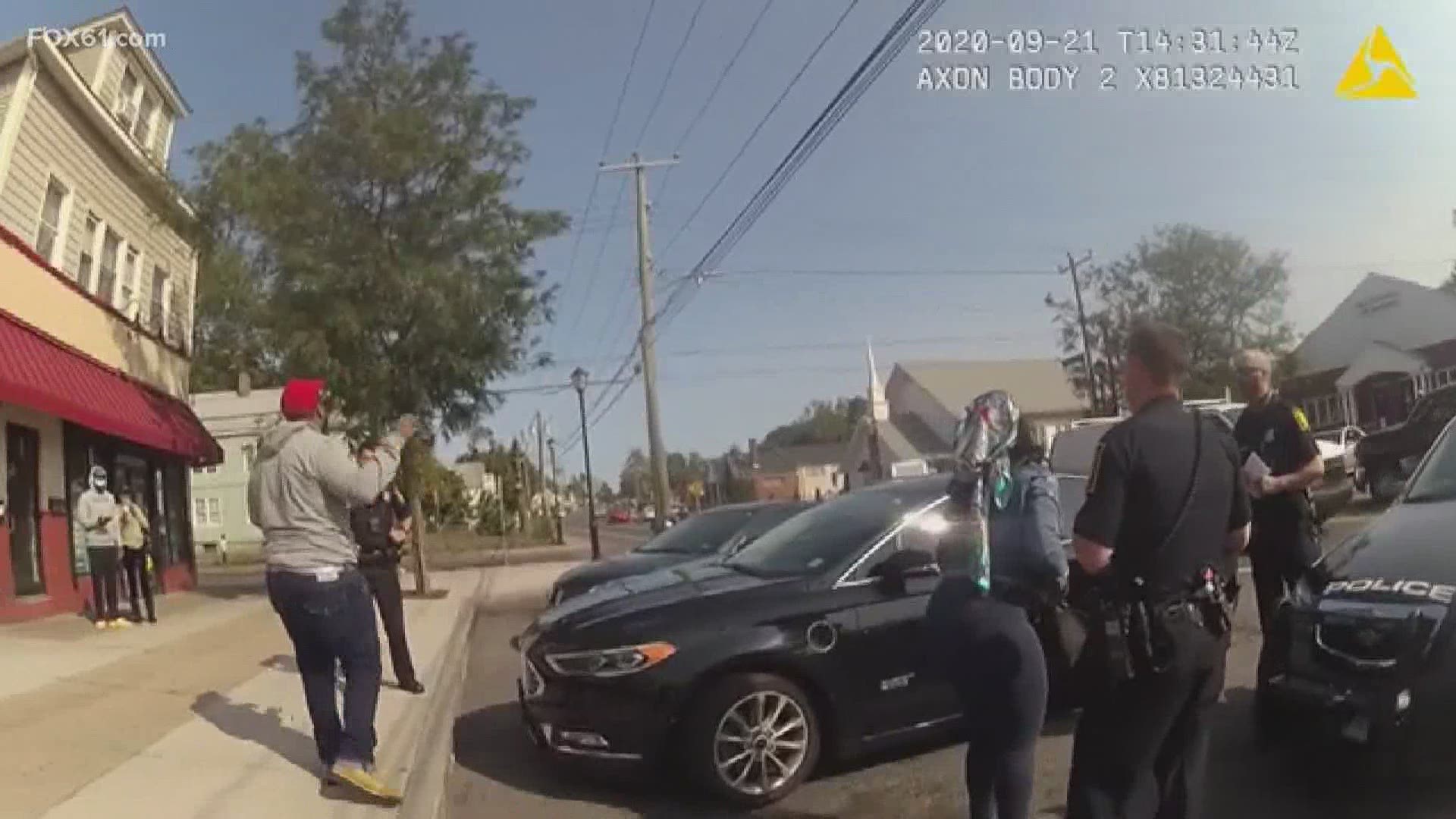 Hartford police released body camera video Monday, showing the arrest of a woman in a car police said was reported stolen. The release came just hours after the incident, in response to video of the arrest circulating on social media.

The incident took place in front of a store on Blue Hills Avenue.

The Hartford Police Department released its own body camera video and a statement regarding the incident.

"The use of force in this incident will be reviewed by the Police Department, as is every use of force," a statement from the department said.

Hartford police said the initial motor-vehicle stop occurred because the car was listed on a "sheet of wanted vehicles." The body camera video shows police telling the woman that her car is listed as stolen, but she says the car is not stolen and registered in her name.

In a release Monday afternoon, police said the vehicle was wanted "specifically for involvement in a shots-fired incident in an neighboring community." The sheet also lists "many vehicles that are reported stolen," police said in the release.

At one point the woman got back into her car and the vehicle goes into reverse. The car is approached by four officers and the woman is handcuffed on the ground by several officers.

When the woman is on the ground, she is heard saying "I can't breathe."

A man and a child were also in the vehicle at the beginning of the stop.

A male passenger in the car took the child. The woman told officers her child was in the car before she was removed from it. Police say the man is a suspect in the aforementioned shots fired incident. Police did not release the suspect's name.

Police said the woman was taken to the hospital but was not injured. She was charged with interfering with police and reckless endangerment.

There have been several videos making the rounds on social media of a motor vehicle stop on Blue Hills Avenue earlier this afternoon. The Q/A attached explains the circumstances. Here is some footage: https://t.co/2ivBnpZj0V pic.twitter.com/epHMxTuTb6

On some videos posted to social media "it appears an officer has his knee on the woman," police said, "however, based on an initial review of the video, he does not." Police said the officer in question had his knee "hovering" over the woman's head before moving it.

“Any use of force, even without the use of a weapon, is a serious matter and this incident will be reviewed by the Police Department — as all uses of force are," Hartford Mayor Luke Bronin told FOX61 in a statement.