The sergeant is accused of use of force against a woman who was being booked at the time. The State's Attorney announced the misdemeanor charge on Monday. 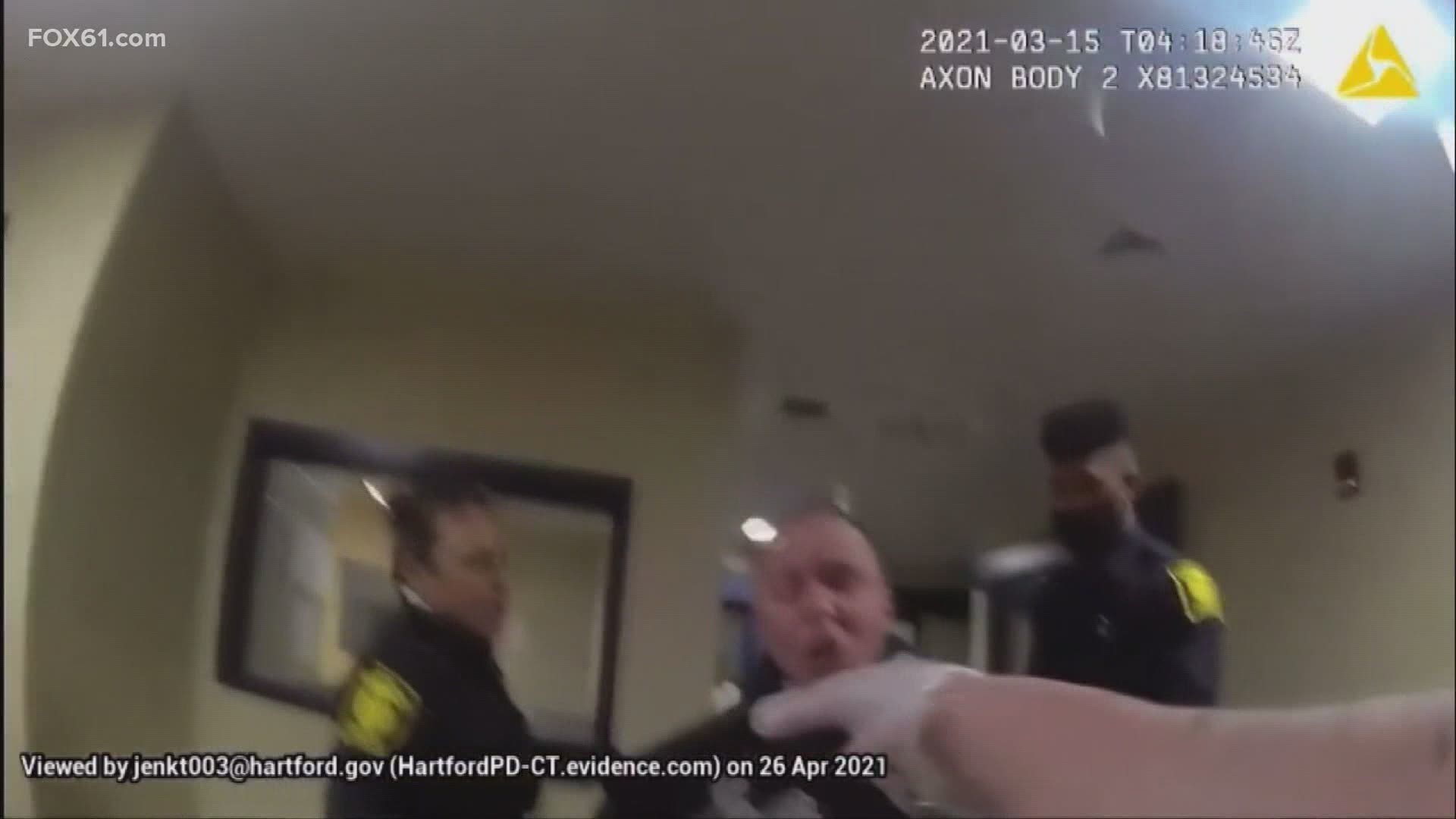 HARTFORD, Conn. — Hartford police Sergeant James Guzie was charged with assault in the third-degree assault on Monday, stemming from an incident involving his alleged use of force against a woman in March.

Hartford police said the use of force incident began while officers were processing the arrest of 44-year-old Felicia Jenkins on March 15. She was accused of first-degree trespassing and second-degree breach of peace in connection with a domestic violence incident.

Guzie, 47, who was working in the detention division, allegedly punched the woman on the left side of her face in response. Hartford police said no guns, tasers, pepper spray or other implements were used during the incident.

The Hartford Police Union said in a statement, "When you watch the Body Worn Camera footage you will see an arrestee that is not only using racial and derogatory names towards Hartford Police Officers but is also threatening officers with physical violence. These same officers are seen on camera hesitating to use force to get the arrestee in compliance as she assaults one of them. When an officer is assaulted there is no time for hesitation on the part of the officer—Officers need to act swiftly in order to keep the situation from getting out of control. Sergeant Guzie could see that the arrestee was getting more aggressive towards his officers and that action needed to be taken before his officers were injured. He used appropriate and minimum force to bring the arrestee under compliance, and his actions were in line with Hartford Police Department policy and procedures. The Hartford Police Union stands by its members—Law Enforcement is under attack as they continue to keep law and order."

No injuries were reported and the use of force was documented per department policy. At the time, Thody said Hartford police had not received a complaint from Jenkins regarding the incident.

Guzie was put on paid leave while the Hartford State's Attorney conducted its use-of-force investigation. On Monday, he turned himself in and was arrested in connection with the incident.

“No matter the behavior of the arrestee, the officer should never have reacted the way he did and it’s simply unacceptable,” Thody said in a press release Monday condemning Guize's actions. “We review every use of force, and our review process led us to the conclusion that his conduct could be a violation of law and policy."

He added: "We had not received a complaint, and we proactively referred this incident to the State’s Attorney. We worked with the State’s Attorney on this investigation, and our officers conducted a professional and impartial review of the force used in this incident. While this incident should not have happened, it is evidence that our use of force review process is thorough and effective and that we take accountability seriously.”

Also Monday, Hartford police released a video of the incident and posted it on their Youtube page. (Warning: Video contains graphic language and violence.)

Hartford Mayor Luke Bronin said in a statement that there is "no excuse for striking someone" and that Thody did the exactly right thing by ordering an investigation and referring the incident to the State's Attorney.

"The Chief and the Department acted proactively and quickly, and I hope their handling of this incident sends a clear message about how seriously the department takes any inappropriate use of force, even when no weapons are used,” he said.

Third-degree assault is a class A misdemeanor and Guzie can face up to a year in prison and a $2,000 fine.