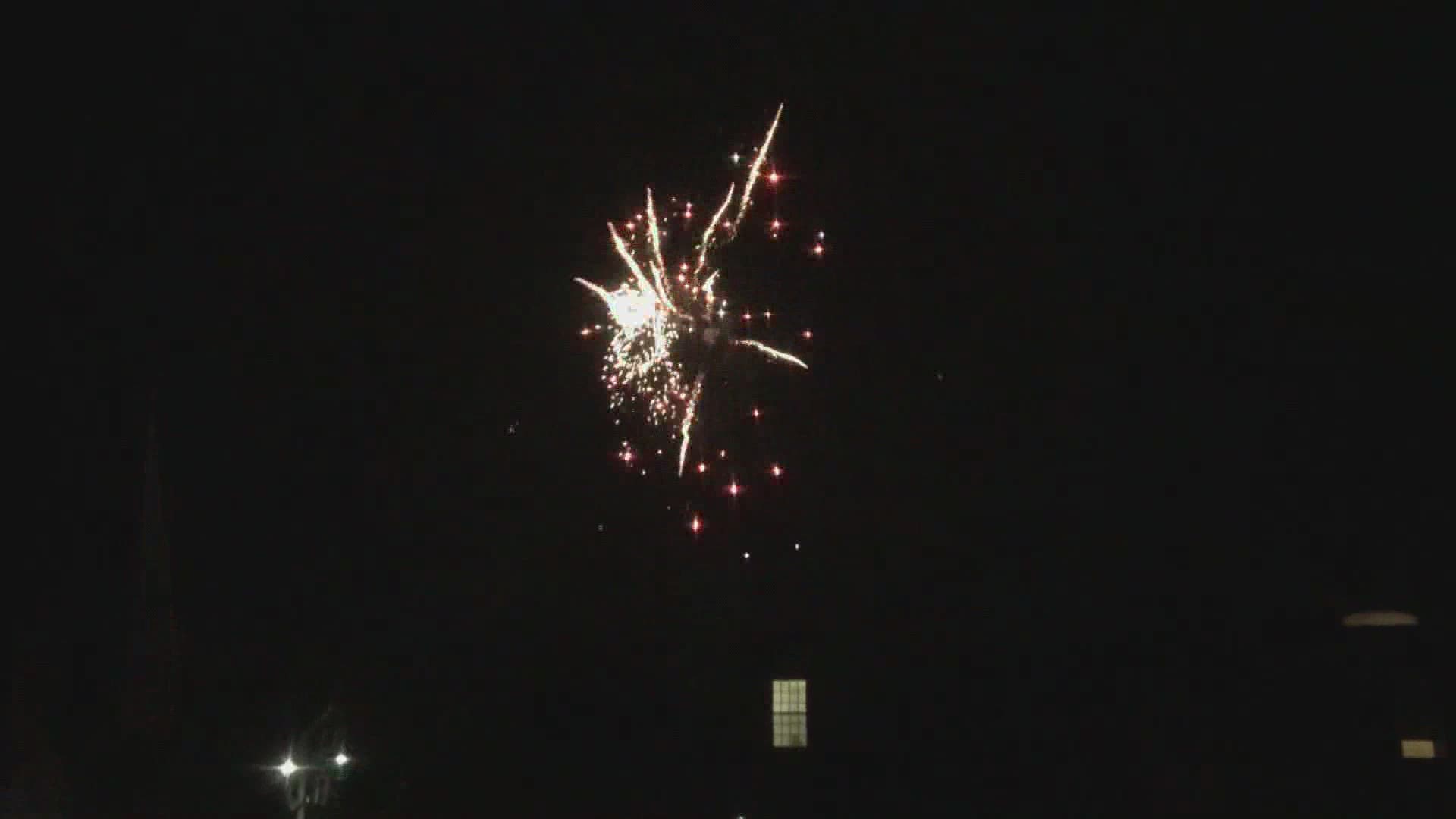 HARTFORD, Conn — A wave of fireworks has exploded across cities throughout the country and right here in Connecticut recently.  The city of Hartford said it's received hundreds and hundreds of calls in just a matter of days.

Hartford has received 635 fireworks complaints in just five days. While only sparklers and fountains are legal in Connecticut, the illegal use of fireworks is skyrocketing according to city officials and residents.

“It’s making it impossible for seniors to sleep, for kids and babies to sleep, veterans with PTSD, pets are going crazy and in addition they’re dangerous, a 17-month-old baby was burned just a few days ago,” Mayor Luke Bronin said.

“It's almost like because the pandemic people are using the fireworks I guess to relieve their stress and anxiety,” Hartford resident Noel Diaz said.

The police department tweeting out these photos Wednesday night after seizing multiple fireworks.

Serina Parker said she wakes up early for her job at a local nursing home and the fireworks have consistently woken up herself and her 2-year-old daughter.

“My daughter won't go back to sleep, she's up with me, why are you doing it at 2-3 o'clock in the morning when people are trying to sleep and people have to go to work and people have kids?”.  Parker said

“We’re seeing the same thing happening in cities and towns across Connecticut and in cities across the country,” Bronin said.

RELATED: Two reasons why you're hearing so many fireworks

The Hamden police department said it’s dealing with a vast increase in firework complaints- 63 over the past two months.

Stratford also released a public notice in anticipation of the Fourth of July warning violating fireworks laws can result in ticketing or an arrest.

Hartford has two dedicated tip lines for reporting the use of fireworks and when calling, officials urge residents to be as specific as possible regarding the location.