The bust resulted in the seizure of more than four pounds of meth, numerous weapons, prescription drugs, cars and money. 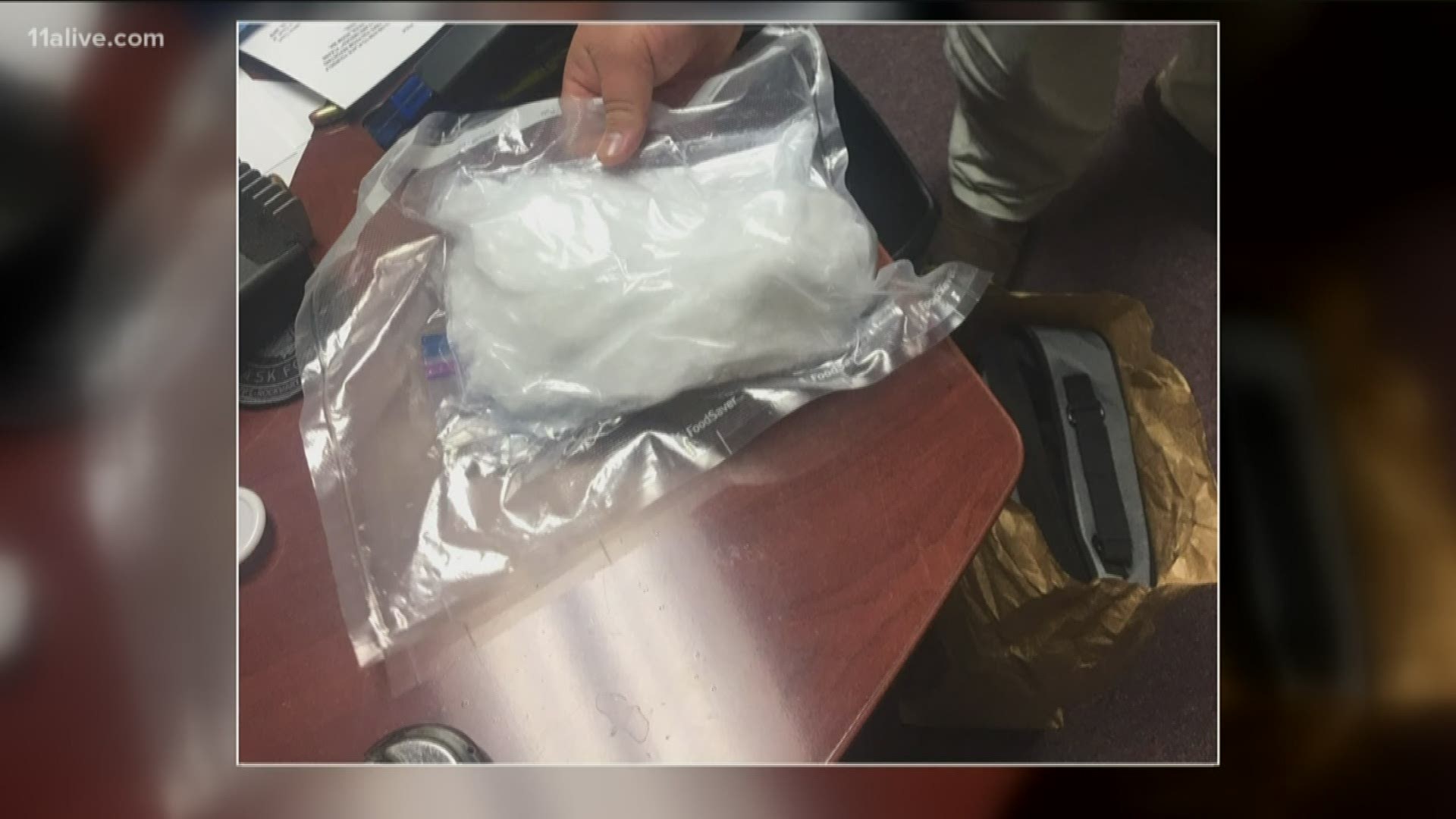 ROME, Ga. — Nearly two dozen people - some alleged members of a racist gang - are behind bars, charged with gang and drug-related crimes for allegedly trying to distribute drugs throughout the northern part of the state.

The arrests came Sept. 17, after a large joint investigation between several law enforcement agencies across north Georgia. Officials said it resulted in the seizure of more than four pounds of meth, numerous weapons (some reportedly of them stolen), prescription drugs, cars and money.

According to the Rome Police Department, Christopher Shane Smith was among those who arrested. Police describe him as a high-ranking, documented member of the Aryan Brotherhood gang.

Authorities said he had just been released from prison months before in July, after serving a 15-year sentence for several "violent charges." Now, he stands accused of running a large meth-dealing organization in Polk and Floyd Counties, allegedly at the order of neo-Nazi Aryan Brotherhood bosses running the streets from behind bars.

“They somehow smuggle cell phones into the prison system so that they have contact with the outside world, and so the leaders are talking to these individuals on the outside, and pretty much calling the shots,” explained Polk County Police Chief Kenneth Dodd.

Police arrested Smith and his girlfriend, Amanda Lynn Dempsey, also a self-proclaimed member of the Aryan Brotherhood, at a mobile home on Formby Trail in a secluded part of Polk County. The area is so dangerous, Dodd warns his officers not to go there alone.

Rome Floyd SWAT, the Polk County DTF, the Rome Floyd Metro Task Force and more than a dozen other agencies all helped make the arrests of the 20 suspects, so far.

RELATED: Dad in jail for infant's meth death is found dead in his cell

"The safety and well-being of the residents of Polk and Floyd County have been positively impacted as a result of this detailed joint operation," officials said in a statement.

As for the four pounds of meth confiscated, it's off the streets.

"Oh, that’s an incredible amount. It could destroy thousands of lives," Dodd said.

The cases will now be prosecuted by the Tallapoosa Judicial Circuit and Floyd County District Attorney’s Office.

The case is still on-going and additional arrests and charges are expected as the investigation progresses.