Man arrested in connection with anti-Semitic graffiti at UConn

The graffiti was a spray-painted swastika placed directly across the UConn Hillel. 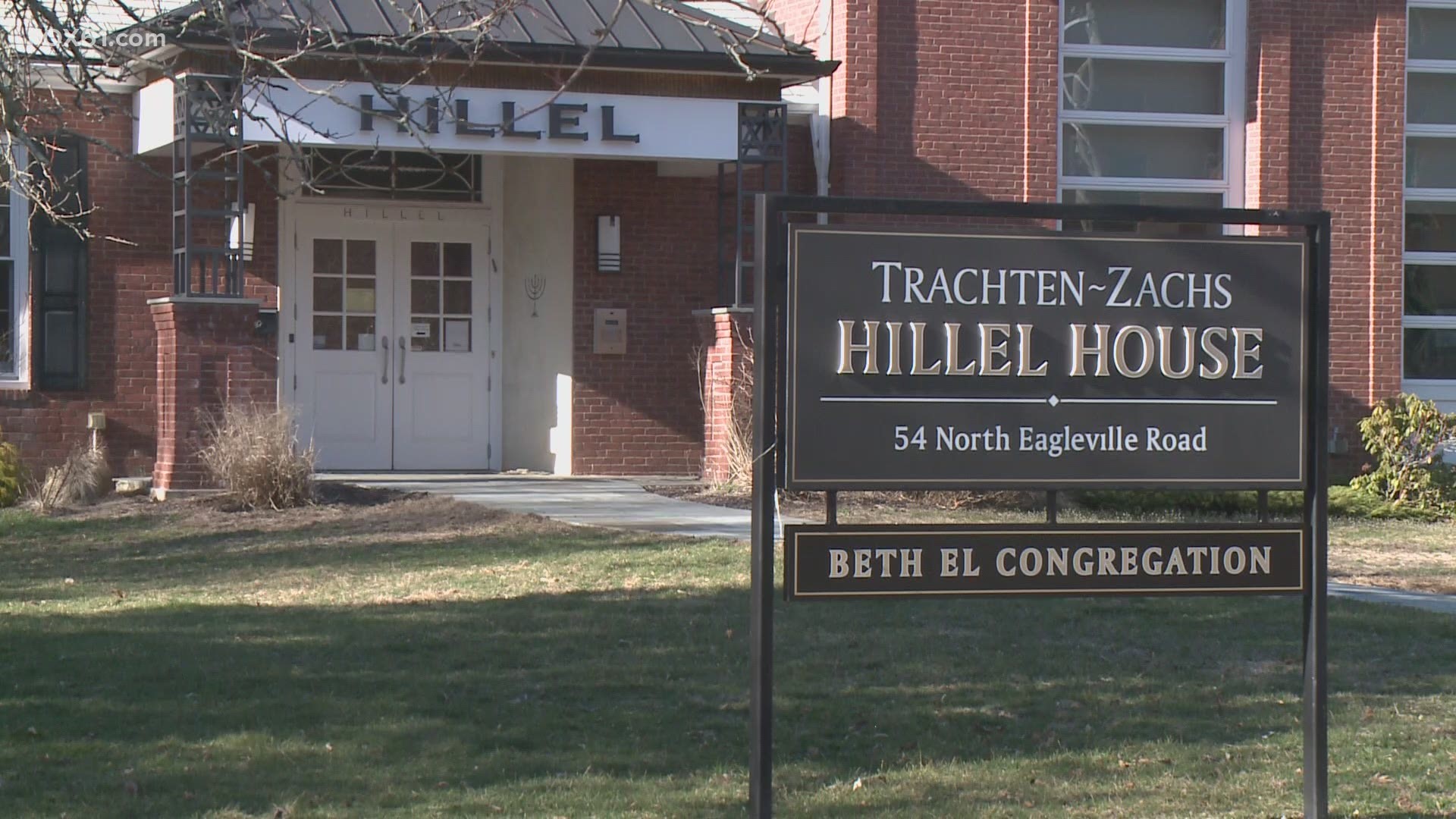 MANSFIELD, Connecticut — Police have made an arrested in connection with anti-Semitic graffiti found spray-painted on the side of the UConn Chemistry Building found on March 27.

The graffiti was a spray-painted swastika placed directly across the UConn Hillel.

"Our disappointment is matched only by our concern: Any such attack on students, faculty, or staff members is totally unacceptable and has no place at this University," said UConn officials in a written statement.at the time of the incident.

UConn police began an investigation and were able to obtain information from "digital sources" as well as the university's surveillance system.

Kristopher Pieper was identified as a person of interest and was interviewed by officers.

Police say after the interview with Pieper, it was learned he was responsible for the swastika.

Police say they continuing to investigate this incident and similar incidents which have occurred on the Storrs campus this year.

UConn Junior, Dori Jacobs is the President of the Hillel Student Board and calls the act hurtful -especially considering it occurred during the Passover holiday.

“It really hit Jewish students hard that this happened during a time we were celebrating becoming free from persecution, once again we were feeling unsafe,” Jacobs said. “There is generational trauma that comes from seeing a symbol like a swastika and how deep that cuts into making you feel unsafe in your own identity.”

Edina Oestreicher is the Executive Director of Hillel. She credits the hard work of the UConn police for making an arrest in this case but adds it isn’t the first time this year they’ve dealt with acts of hate on-campus.

“There were several of them that had been reported from October through March with the last three coming on the eve of Passover,” Oestreicher said. “It’s just disheartening to know it's a UConn student, really difficult to know that this hatred comes from one of our own, a member of our own community, that’s just particularly sad.”