The 26-year-old man was charged with manslaughter in the second degree along with several other charges. 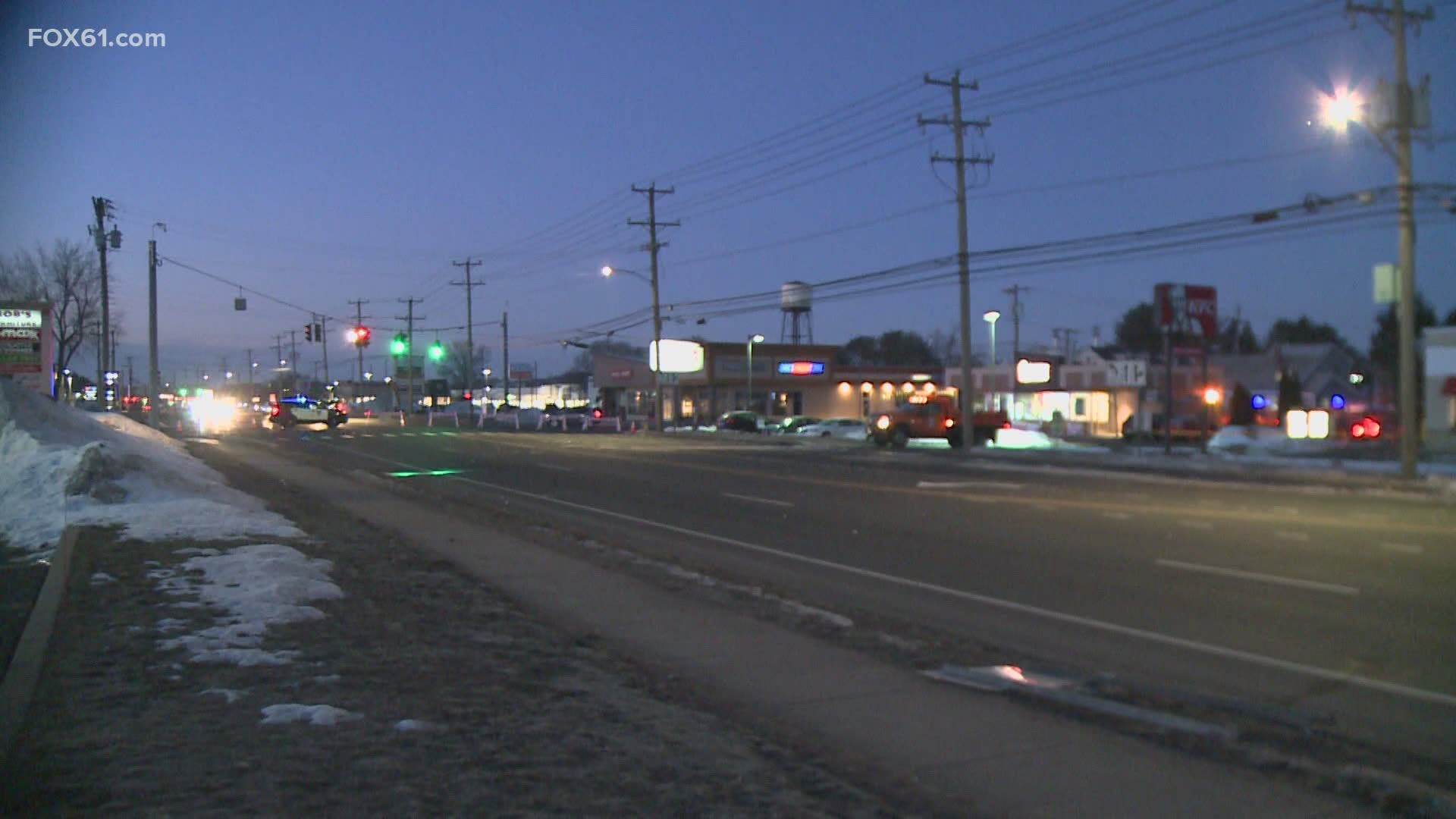 SOUTHINGTON, Conn. — A 26-year-old Windsor man has been arrested in connection with a deadly crash that happened in February.

Around 11 p.m. on February 25, police received several 911 calls of a crash involving a utility pole at Queen and West Queen Street. Police say officers found one car in the middle of the southbound lanes near the intersection with Aircraft Road. Two people were found outside the car and had suffered serious injuries.

Police say an investigation showed Perkins was driving south on Queen Street in the left lane with his passenger in the car and approached a second vehicle, also traveling south.

Police added Perkins was driving over 100 mph in a 40 mph zone.

Perkins drove up to the second vehicle, he swerved off the right side of the road, hitting a curb at the intersection of Queen and West Queen Street. He then hit a utility pole, a mailbox, a traffic lane marker sign, and finally a second utility pole before the car came to a rest in the southbound lane of Queen Street.

Police say neither Perkins nor his passenger were wearing seatbelts and were thrown from the car. No other vehicle was damaged in the crash.

Perkins was charged on June 4 with manslaughter in the second degree, reckless endangerment in the first degree, reckless driving, and driving under the influence. He was released on bond and is scheduled to appear in New Britain Court on June 18.