Police said the 64-year-old woman is recovering from serious but non-life-threatening injuries. 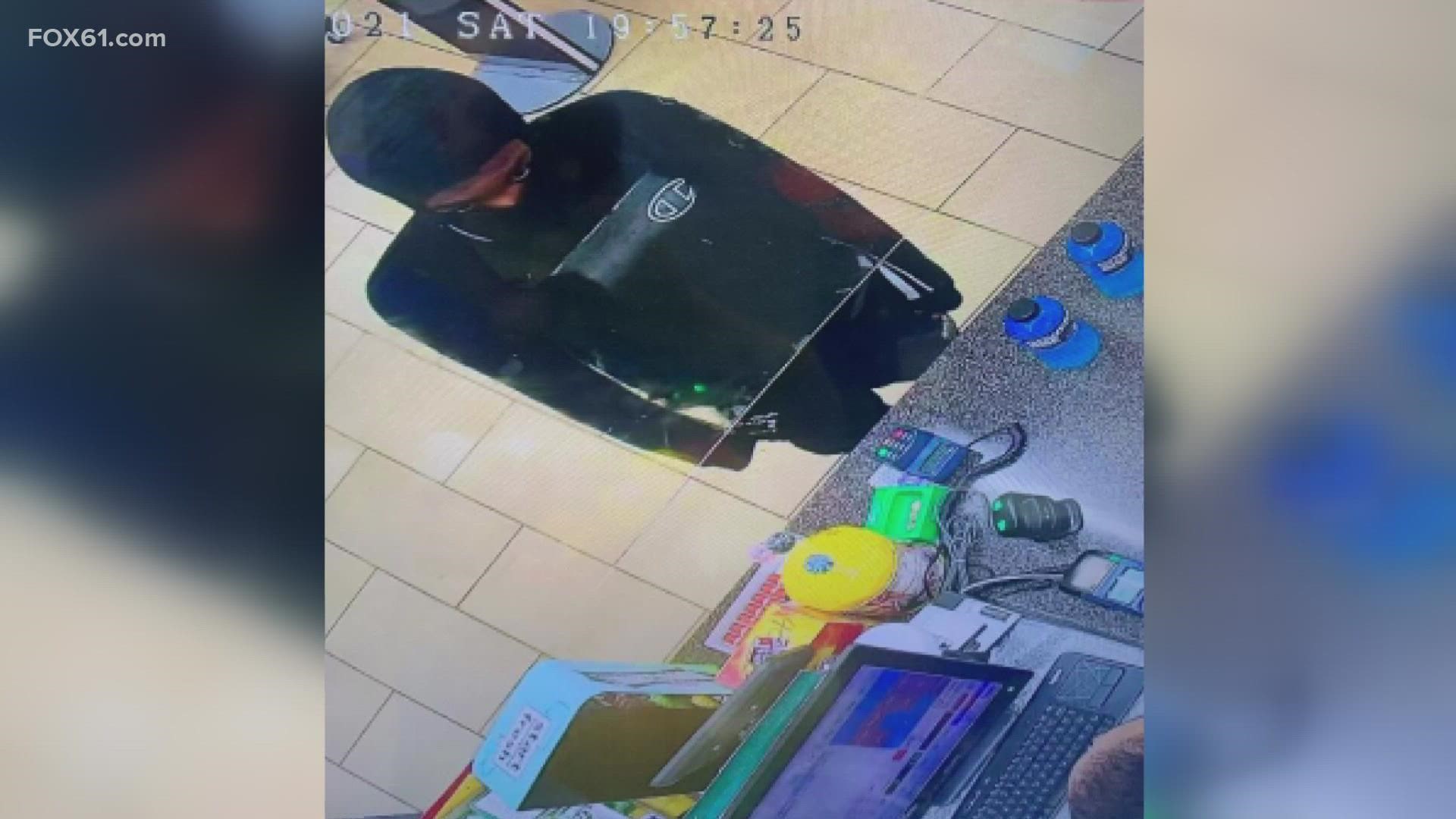 MARLBOROUGH, Conn. — A manhunt is underway for the two men who allegedly abducted a 64-year-old woman from the Big Y parking lot in Marlborough on Saturday evening.

Connecticut State Police on Monday released two surveillance images of the alleged suspects, asking for assistance from the public in identifying the two men.

According to police, the 64-year-old woman was approached by two men demanding money while she entered her vehicle at the Big Y. They said the two men were wearing masks when they approached her.

The suspects then threw the woman into the back seat of her vehicle and placed a bag over her head before assaulting her with a handgun, police said.

The two suspects then drove away with the woman’s vehicle with her in the back. They stopped at DND Food Mart in East Hartford, where one of the suspects used the woman’s ATM card to obtain cash from the machine.

Police said the two men then drove to the Town of Berlin, where the woman was thrown out of her car. They then drove behind a building and set the vehicle on fire.

The two suspects left the scene in what police believe to be a 1999-2003 Acura TL. The victim is being treated at a local hospital for serious but non-life-threatening injuries.

"The detectives from the Eastern District Major Crime squad are working really hard. They have identified a few things," Col. Stavros Mellekas of the Connecticut State Police said Tuesday.

A nearby business owner told FOX61 News on Tuesday that everyone in the community is standing behind her as she recovers.

"It is horrific that someone can actually do that to another human being, and for what? What did they get out of it," Jim Gjonbalaj said. "It is really, really, really sad. I am at a loss for words.

State police urged residents to be aware of their surroundings and report any suspicious activity.

“Pay attention, be present in the moment,” Sgt. Dawn Pagan told FOX61. “Save the phone calls and the texting for later.”

The investigation is active. Anyone with information is asked to contact Det. Frank Cuoco at 860-465-5469.