Hartford police will assign officers to respond to firework complaints, particularly during the overnights hours. 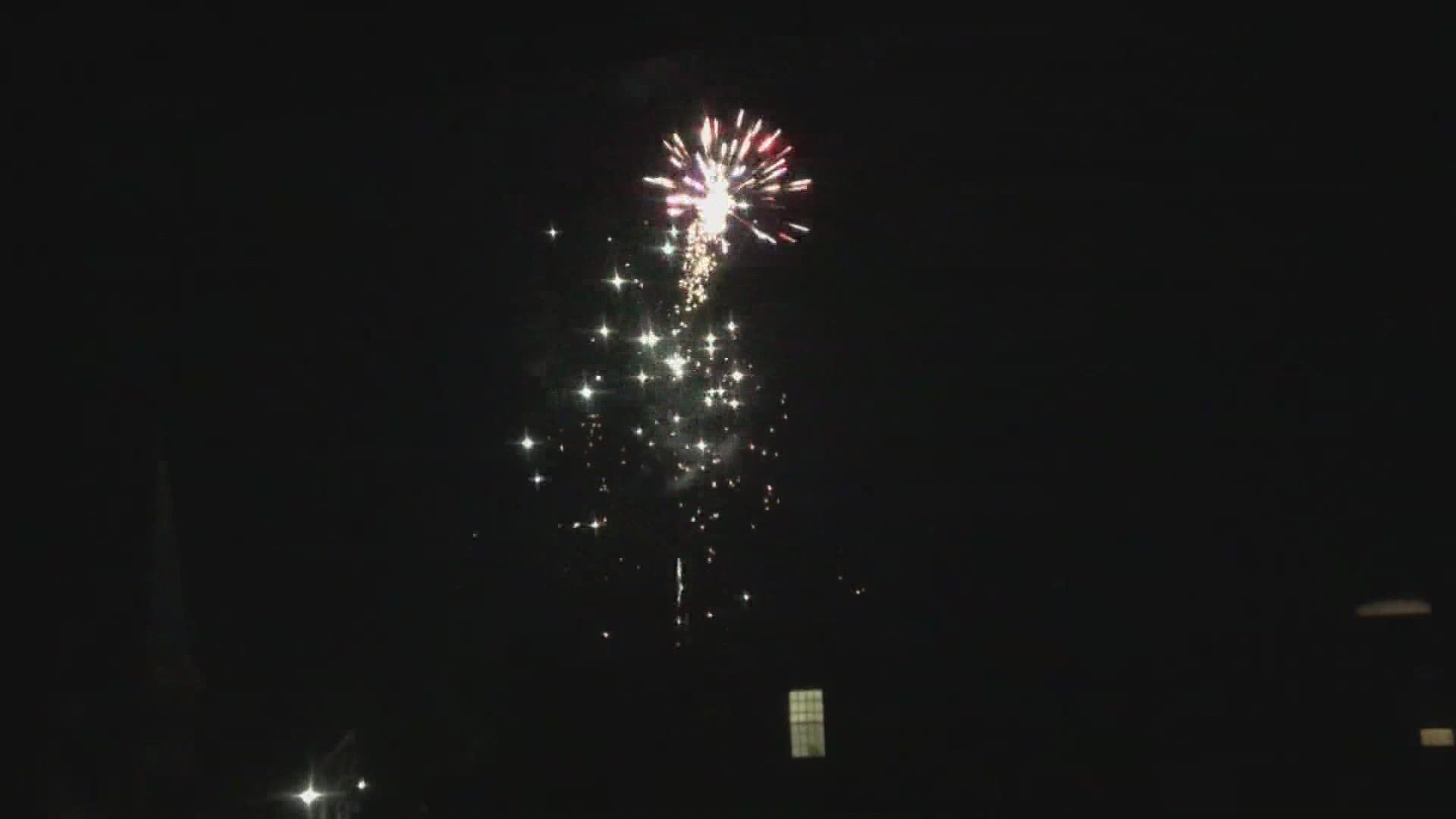 HARTFORD, Conn — In an effort to enforce the illegal firework laws, residents of the capital city now have the option to call and text to report the launching of fireworks. Mayor Luke Bronin made the announcement Wednesday afternoon.

Hartford police will assign officers to respond to firework complaints, particularly during the overnights hours.

“We have all seen and heard fireworks going off throughout our city, night after night, at an unprecedented level,” said Mayor Luke Bronin.  “This appears to be a problem across the State and the broader New England region, but it is clear that this has become one of the most significant quality of life issues for residents in every neighborhood over the past few weeks.  We are asking residents to use these dedicated call and text reporting lines to give us specific information about where fireworks are being set off – not just that they see fireworks in the air.  Given the volume of fireworks we are seeing, it will not be possible to respond to every call in time, but we are dedicating resources to help us address this serious issue.”

Hartford residents can call 860-757-0000 or text 860-294-8233 with specific information about where the fireworks are being launched from and not only that they see fireworks in their area. Message and data rates may apply to text messages.

The police department, fire department, and Emergency Services and Telecommunications Department are all working together on this initiative.

Other towns like Wethersfield and New Britain have also been having issues with illegal firework launches in their respective towns.

The Wethersfield Volunteer Fire Department also put out a warning to residents:

Fireworks are not allowed by law in Connecticut for use by non-professional, non-licensed users. Sparklers and fountains, which technically are not considered fireworks, may be sold, but may not legally be sold to, or used by persons younger than 16.

Aerial and explosive fireworks are extremely dangerous. The hot debris can land anywhere causing injuries and fires. We have had fires in town caused by illegal fireworks. We ask if you see people using fireworks to contact the Wethersfield Police Department for enforcement.

We ask that you help us keep our community safe by not using fireworks and by reporting those that do.