Milford jewelry store has 'well north of' $100,000 worth of merchandise stolen

Surveillance showed there was at least three parties involved 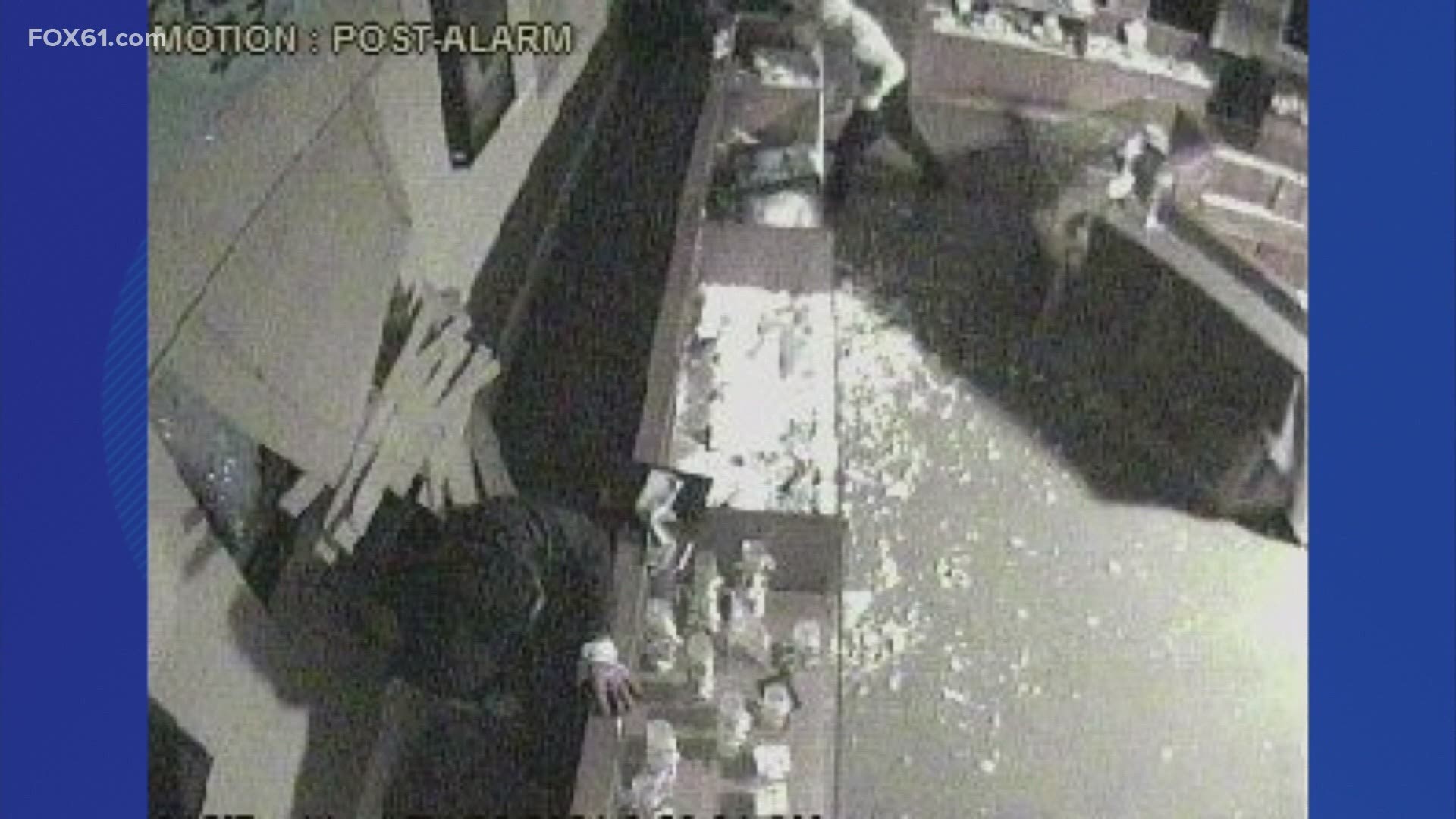 MILFORD, Conn. — Several southern Connecticut police departments are collaborating after multiple jewelry store burglaries that all occurred in the overnight hours from Sunday into Monday, including Valentine's Diamond Center, on Boston Post Road, in Milford

The store's front window, to the left of the front door, was smashed and 10 display cases were demolished and looted.

The owner, Mark Valentine, told FOX61 that fortunately customers items that they had been working on were stored in a vault. And Milford Police said they had to have just missed the crooks.

"Surveillance showed there was at least three most likely four parties involved," said Officer Michael DeVito. "So, there was two that entered the store. A third was right outside the store, probably like a lookout and then when they left the premises, they did so abruptly in a dark colored sedan."

"As we are adding up and running all the reports and doing physical inventory, we’re well north of six figures so far," Valentine said of the losses.

Based on looking at his surveillance video over and over, Valentine says the thief were in the store for perhaps four to five minutes. He says his alarm company always calls him first before dispatching police. And when the alarm company told him all of his sensors inside were going off, he knew someone had to be in the store.

He says the community has been wonderful. From sending text and social media messages to flower arrangements, it has been heartwarming. Some customers even showed up to help clean up. And a customer, who typically shops elsewhere, told the owners he specifically came to their store today to show of support.