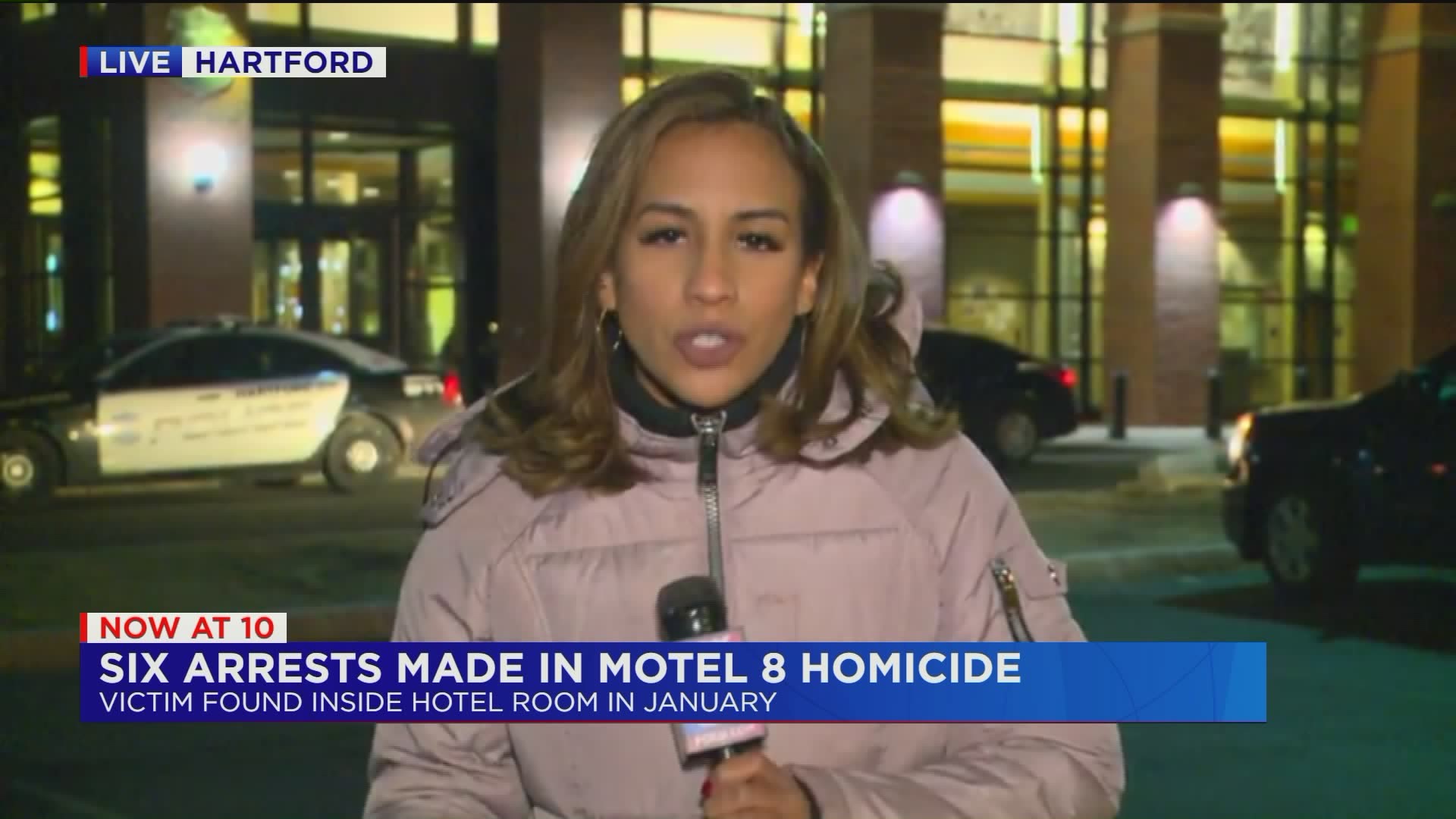 After a six week investigation, Hartford police have now announced a total of six arrests in connection with the deadly shooting of a man found inside a Super 8 Motel room last month.

Six people are now facing charges in connection with the murder of 23-year-old Kashnielle Haye.

Haye was found dead inside a Super 8 Motel in Hartford on January 12th, suffering from one bullet wound to the head. The sixth and  final suspect arrested Friday was 24-year-old Jehroam Ormsby.  While three suspects were arraigned in Hartford Superior Court Friday and two others on Thursday.

According to the arrest warrant, Haye had stolen a pair of Cartier sunglasses from Ormsby on New Years Eve.

Police said the six suspects then conspired to lure Haye to the Super 8 Motel the night of January 11, with the promise of alcohol and sexual favors.

“They all met in the parking lot, two females which are currently in custody, joined the male victim in the hotel room at which point four other individuals responded to that room,” Hartford Police  Lt. Paul Cicero said.

The case is still under investigation.