Police say they have received similar reports and responded to the construction site three days in a row. 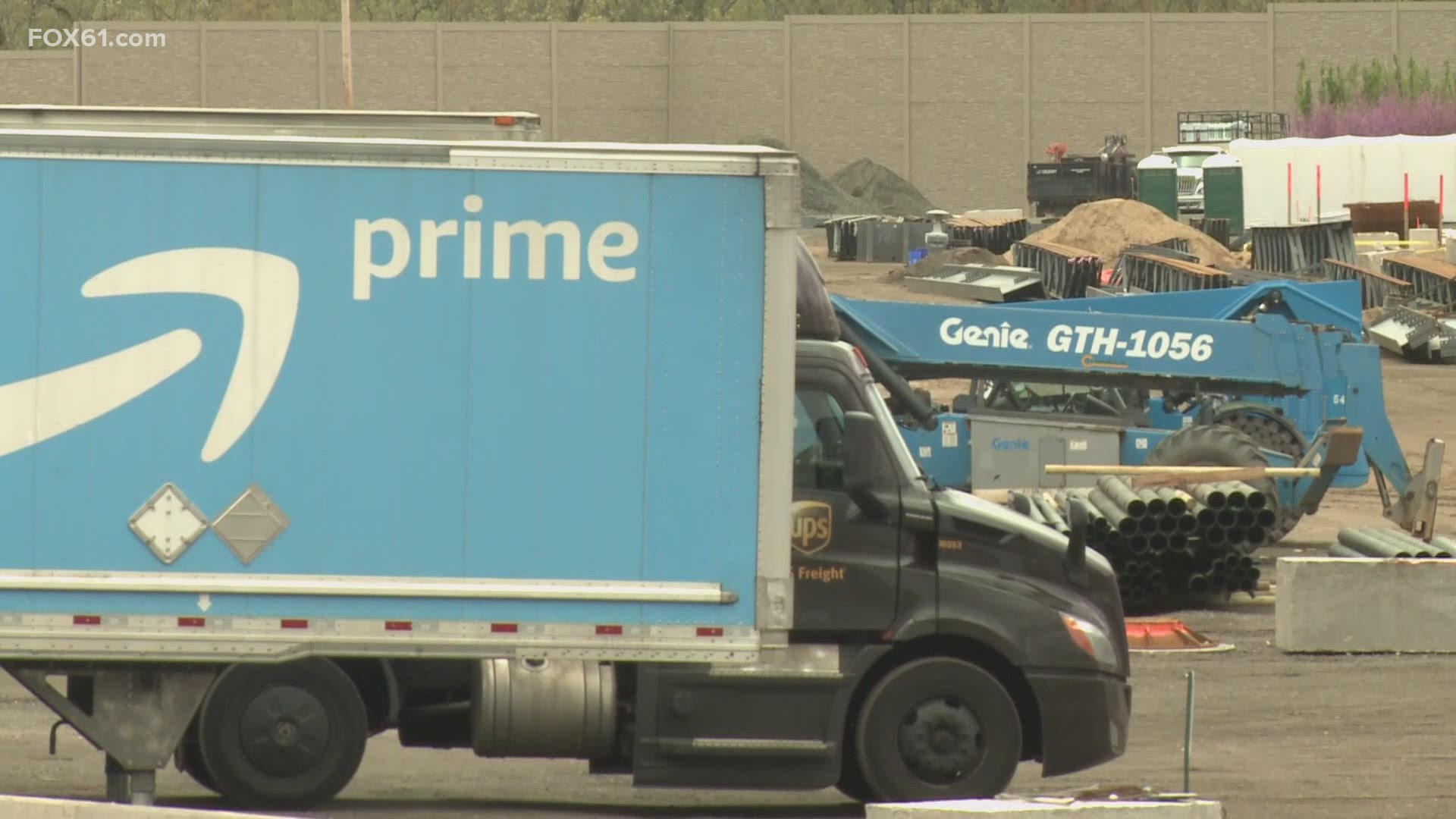 WINDSOR, Conn. — The Greater Hartford Branch of the NAACP released a statement on Friday regarding an investigation at an Amazon construction site in Windsor after at least one noose was found hanging inside the building. Police also said five more ropes "that could be interpreted as nooses" were found.

"The Greater Hartford Branch of the NAACP takes very seriously the recent report of a noose and ropes found at the construction site of an Amazon facility in Windsor, and the discovery of five additional ropes on different floors of the site," said the NAACP in a written statement.  "We find this discovery to be both extremely alarming and disturbing."

Officers then returned the next two days for similar incidents. On Thursday, they found five ropes that could be interpreted as nooses and took them into evidence so they could be tested to identify a potential suspect.

"The heinous and historical significance of a noose to African Americans cannot be overlooked, as it represents a dark and evil part of our history," continued the NAACP in their statement.

Police say the general contractor, R.C. Andersen of New Jersey, has been "proactive in addressing these incidents" and working with them. On Wednesday morning, the site had a meeting discussing the initial incident. An anti-discrimination/discrimination awareness training was also held on-site.

In a statement to FOX61 News, the company said, "RC Anderson condemns the abhorrent acts of racism and we are actively working with law enforcement authorities to identify those responsible and bring them to justice. As this is an active and ongoing police investigation, we are unable to comment any further.”

The NAACP finished their statement condemning the action and demanded measures be put into place to ensure safety for all workers on the site.

"The NAACP strongly condemns this and every other act of hate crime and racial intimidation and harassment, and demands a full investigation into the matter leading to criminal prosecution," said the NAACP. "The noose found at the construction site sends the message of a clear threat to African Americans and those of color who are working at the site, one which cannot be ignored. We further demand that every available measure be put in place to ensure the safety of all workers at the site."

A $5,000 reward is being offered by the general contractor for any information identifying anyone responsible for the incidents.

Amazon released a statement on Friday:

“We’re deeply disturbed by this incident. Hate, racism or discrimination have no place in our society and are certainly not tolerated in any Amazon workplace – whether it be under construction like this one, or fully operational. Amazon and RC Andersen are actively working with law enforcement as they investigate. Because this is an ongoing criminal investigation, we’re unable to comment further.”

A spokesperson for Gov. Ned Lamont released a statement saying the Governor condemns the incident and has directed state law enforcement to provide help to local officials.

"Gov. Lamont condemns all acts of hatred and have no place in our state," read the statement. "Gov. Lamont supports a full investigation into this incident to ensure those responsible are held accountable to the fullest extent of the law. To that end, the Governor has directed state law enforcement to provide all necessary support to local officials to ensure a thorough investigation is completed.”