The guns will be turned into tools for community gardens. 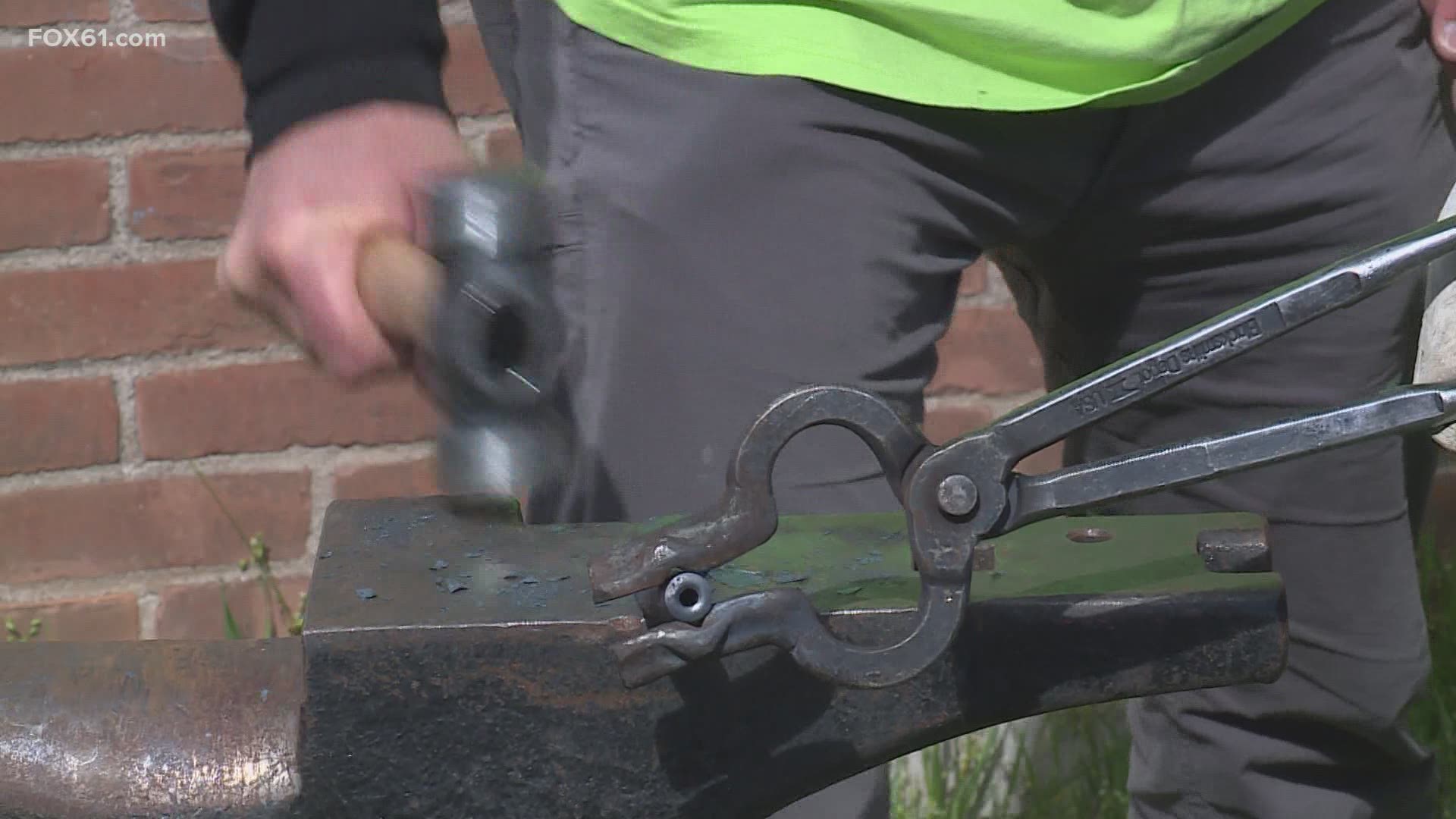 NEW HAVEN, Conn. — The New Haven Police Department hosted a gun buyback program Saturday. The drive-up event was just one way the police department is trying to reduce the number of gun tragedies in the Elm City.

“Hopefully this is a deterrent to keep those firearms off the street,” said New Haven Police Academy Commander Lieutenant Robert Maturo.

People at the event left their guns in the trunk of their vehicles and officers retrieved the weapons. Those people would receive a gift card between $10 and $150. A similar event in Guilford in September brought in almost 200 guns.

“COVID folks have been home,” Lt. Maturo said. “Folks have been cleaning things out. Sometimes they come across these things and they don’t know what to do with them.”

“I’ve been waiting for one of these events,” said Barbara Taggart. She was in line early to properly get rid of the firearms in her home.

“The owner passed away and I feel uncomfortable having them,” Taggart said.

Turned-in guns were being repurposed into gardening tools or jewelry by an organization called Swords to Plowshares. Volunteers heated pieces of steel to demonstrate the process. They placed a piece of steel from the barrel of a rifle in a forge, removed it when it was hot, and hammered it until it was flat. The piece would be used to make a garden tool. These tools are given to local community gardens who often donate produce to local soup kitchens, houses of worship, and homeless shelters.

“What we’ve done is taking a weapon of death and turned it into a tool of life,” said Swords to Plowshares President and co-founder Steve Yanovsky.

“The guns have to go through a vetting process to ensure that they are not evidence in a crime,” said Swords to Plowshares cofounder and retired New Haven Police Officer David Hartman.

The organization president said previous gun buyback events have recovered up to 200 guns. They were hoping to collect over 100 with this event.

New Haven Police said they have taken close to 50 illegal guns off the streets through arrests so far this year.