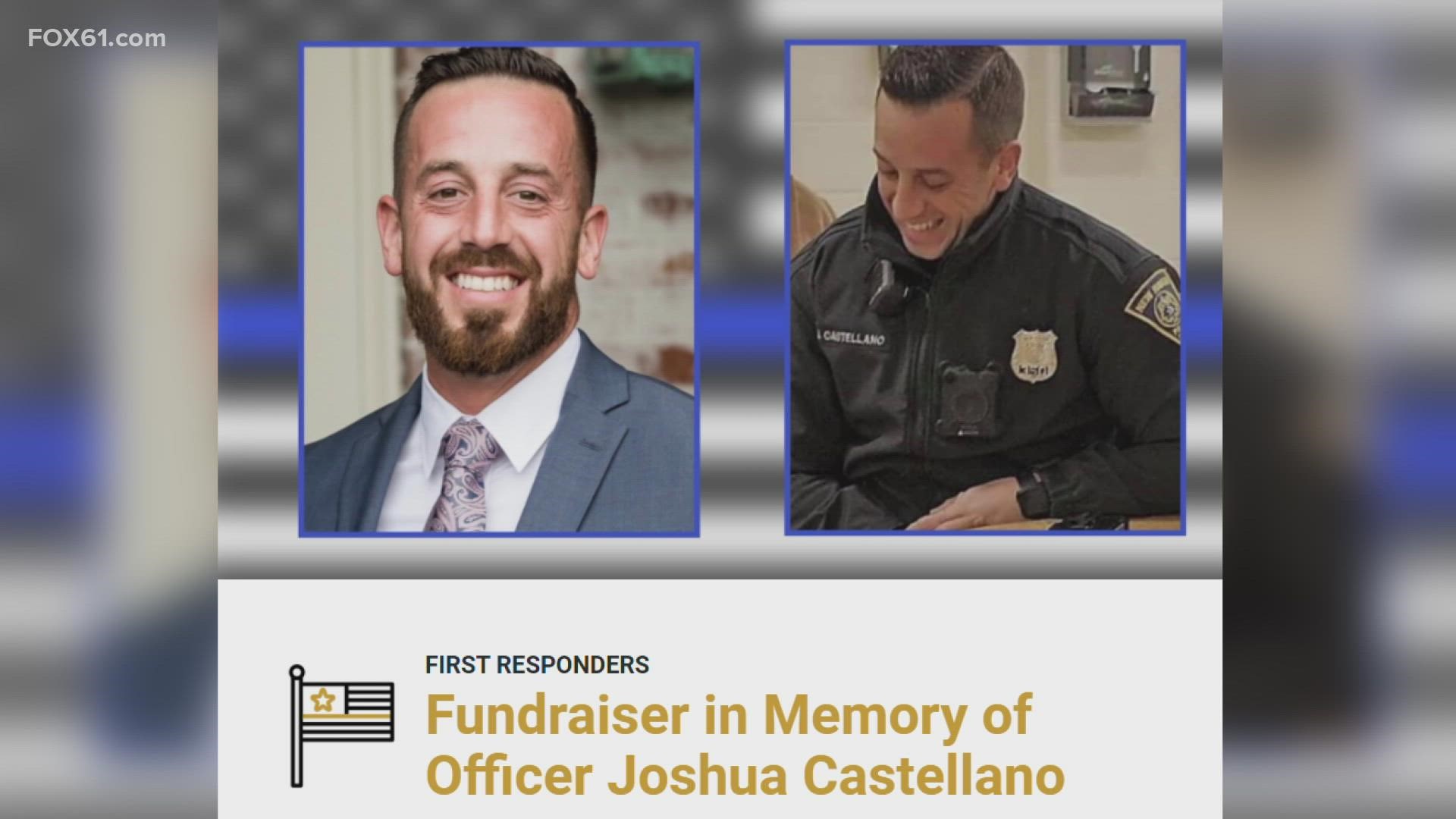 NEW HAVEN, Conn. — The New Haven Police Department is mourning the loss of one of their own. Officer Joshua Castellano was killed in a car crash in Las Vegas Friday morning and another New Haven officer faces DUI and reckless driving charges.

FOX61 spoke with neighbors who said Castellano lived next door to them in Branford. They said he was a good person and a good neighbor. They’re still trying to wrap their heads around how something like this could happen, calling the crash senseless.

“The grief and the pain that the men and women of the police department is that of a brother,” New Haven Police Chief Renee Dominguez said.

Castellano was a passenger in the car with three other officers. The driver, identified as Officer Robert Ferraro, was arrested and faces charges for DUI and reckless driving.

Neighbors of Castellano’s Branford home are shocked and saddened.

“It was very devastating to hear that,” neighbor Barry Turner said. Turner said Officer Castellano, or Josh as they knew him, was his next-door neighbor in Branford.

“He always had a smile on his face,” Turner said. “And he always went out of his way to wave to you. He was just a perfect neighbor.”

A personality that new haven PD will also remember him for. Castellano joined the force in 2014. Dominguez said he made an impact straight out of the academy.

“He is the officer who came to work every single day happy to be here. He didn’t care what his assignment was, he was happy,” she said. “He was compassionate. He was the full package.”

Officer Castellano was a 7 year veteran of the force and served on the department’s Shooting Task Force, but his impact extended beyond that from his days on the Westville walking beat.

"He knew everybody to the point that we received a text message from a woman who lives in Westville Manor, his walking beat initially, saying that her heart was broken and calling him by the nickname that they had given him out in Westville Manor. He did not only touch the men and women in this police department but the community as well.” Dominguez said.

An online fundraiser for Castellano's family has been established by a fellow officer. You can donate to that fund here.

The investigation into the crash in Las Vegas is ongoing. As for Officer Ferraro, New Haven PD said for this kind of incident, the officer is typically placed on administrative leave and they will begin their own investigation, even though the crash happened off duty.

His bail is set at $100,000. If convicted, he would face a prison sentence with a minimum of two and a maximum of twenty years.