"I don’t understand how and why she could do something like this," he said. "It’s not her." 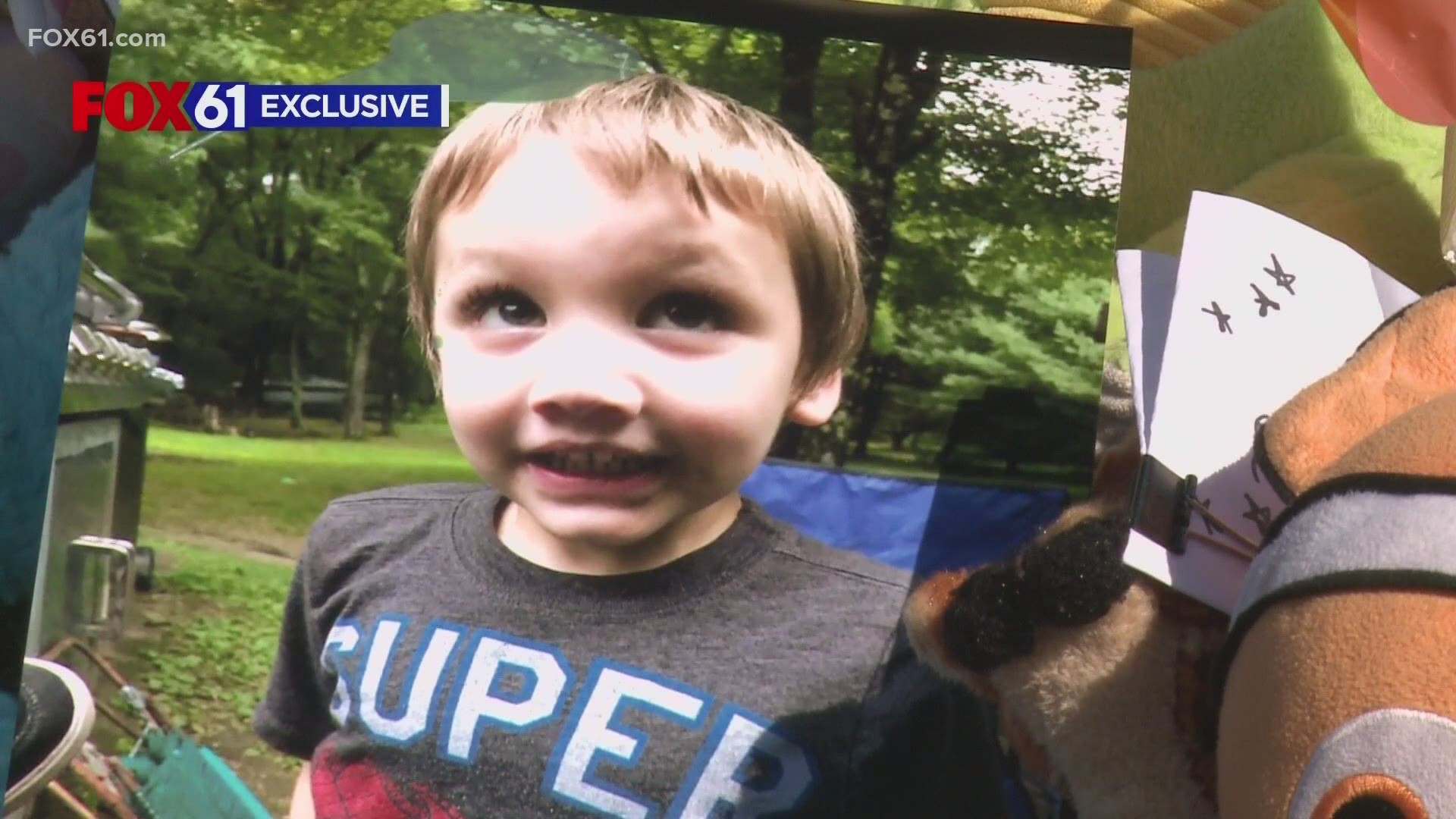 NEW LONDON, Conn. — A father full of regret, in an exclusive interview with FOX61, said he simply cannot come to grips with why his 4-year-old son was murdered, allegedly by the boy's mother.

"I remember the first time I held him, he looked straight up into my eyes like he was telling me I have arrived," said David Jasmin, the father of the murdered 4-year-old, also named David.

Jasmin said he called his son a miracle baby.

"I wasn’t supposed to be able to have kids and along came David Nathaniel Cash Jasmin," Jasmin said. "His mother chose Nathaniel. I chose Cash after Johnny Cash."

He and the boy's mother, Tiffany Farrauto, were together for seven years. And he regrets not having spent more time with his son.

"She just wanted to see me have a consistent life, get an apartment, get a full-time job and just be consistent before she let me back into his life," said Jasmin.

“...I understand why the media pushes to get the whole story and all sides. I get there are time restraints regarding stories and having the opportunity to tell your side. I don’t think you can even fathom what I am and my family are going through right now and how difficult it is and how hard it is to prioritize all that is thrown at us to deal with in the aftermath to deal with the pain and suffering of all involved. It hurts me immensely to hear the horrible things said about my daughter. No one knows her. No one knows her story. No one knows her heartache. No one cares because obviously my grandbaby is forefront in everyone’s minds and hearts. We are still suffering from the loss of both my grandbaby and my daughter and my daughter is suffering from what she’s done and can’t comprehend because she loved him so much because she never hurt him once in his life because she would’ve hurt someone who try to hurt him. She has a huge heart, she has issues, she’s been abused in every unimaginable way in her life as no one ever should have to be or ever have to deal with. No excuses are made for her but, my heart aches for her. Again she would never hurt her baby had she been able to stop herself. I fear she is gone forever never to return and dead inside and I’ve lost her like I’ve lost my grandbaby but, the only difference she goes on suffering which intern has everyone that loves her continuing to go on suffering and I think that is worse than death. I know you’re asking to hear my side of this tragic horrific incident but, I just can’t do it right now. They are more important things like securing my grandbaby and bringing him home to me. If all of the media folks are there for me when I am ready to speak great but, unfortunately I think you all will move on to something else and eventually what I feel, what I know will no longer matter. Sincerely, Cynthia Steenson...”

Credit: FOX61
David Jasmin speaks out about the death of his 4-year-old son, David.

He said Farrauto, who's being held on a $2 million bond, was trying to be a good mother by keeping him at a distance.

"I sent her money every chance I got and tried to support them in any way I could," Jasmin added. 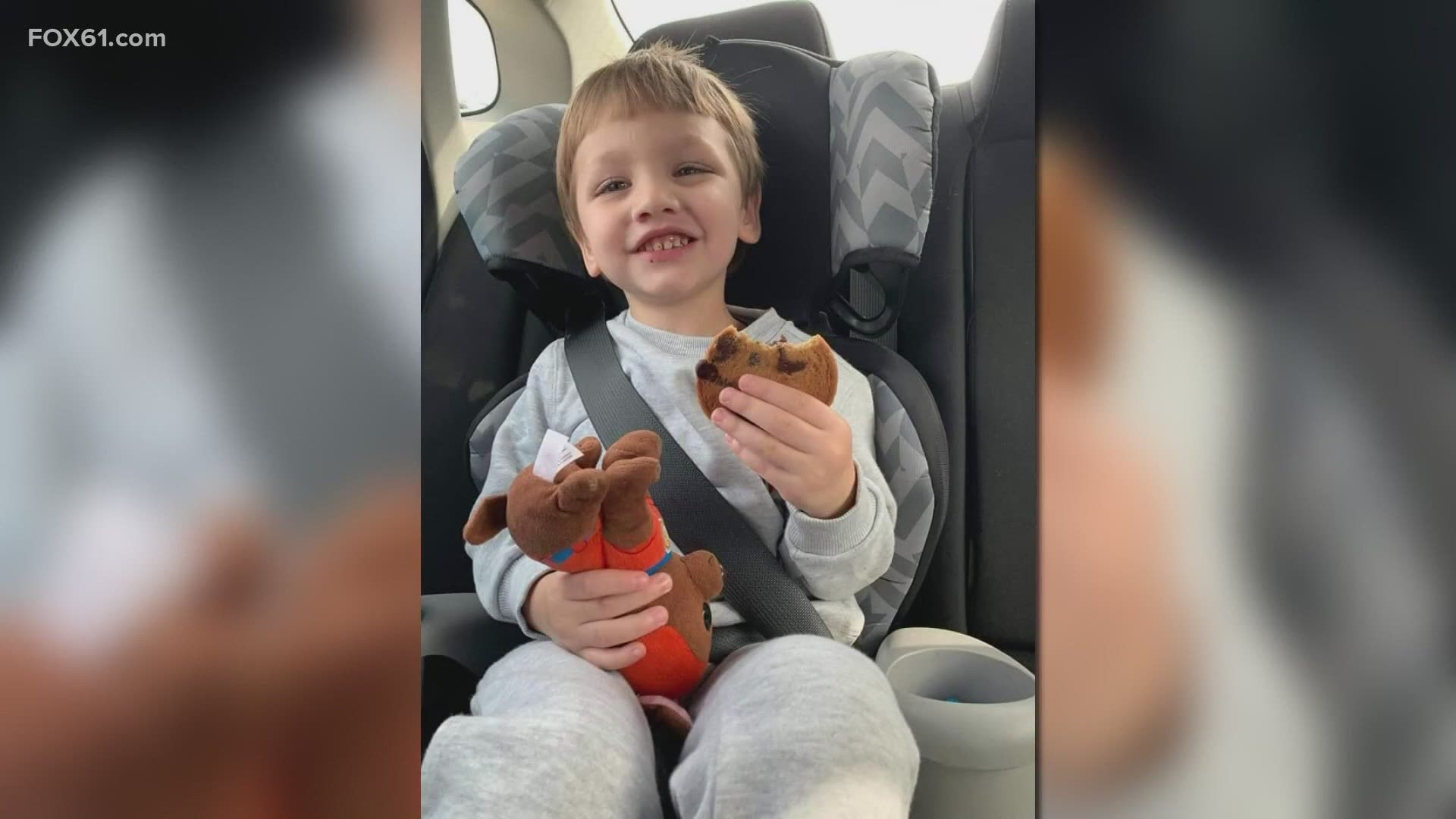 And he says there's one conversation with his son he will always remember.

"The last time I talked to him, he told me he went poop and pee on the potty. He was a happy kid."

In a written statement to FOX61, the Department of Children and Families acknowledged contact with Farrauto, first in 2017.

"At the time, the issues centered around allegations of substance use and supports needed to care for a newborn," DCF Commissioner Vannessa Dorantes wrote. "Recently, we were contacted by the mother, who expressed concerns that an unknown party may have maltreated her son."

Little David's father said he's concerned and doesn't know who the unknown party might be.

"I don’t understand how and why she could do something like this," he said. It’s not her."

He says he is in the process of making his son's funeral arrangements and that the boy will be buried in Colebrook, in the northwest hills.

A Go Fund Me has been set up, with the family's blessing, to help defray David Jasmin's funeral cost.