The noose was found hanging in the high school boys' bathroom on Thursday, school officials said. 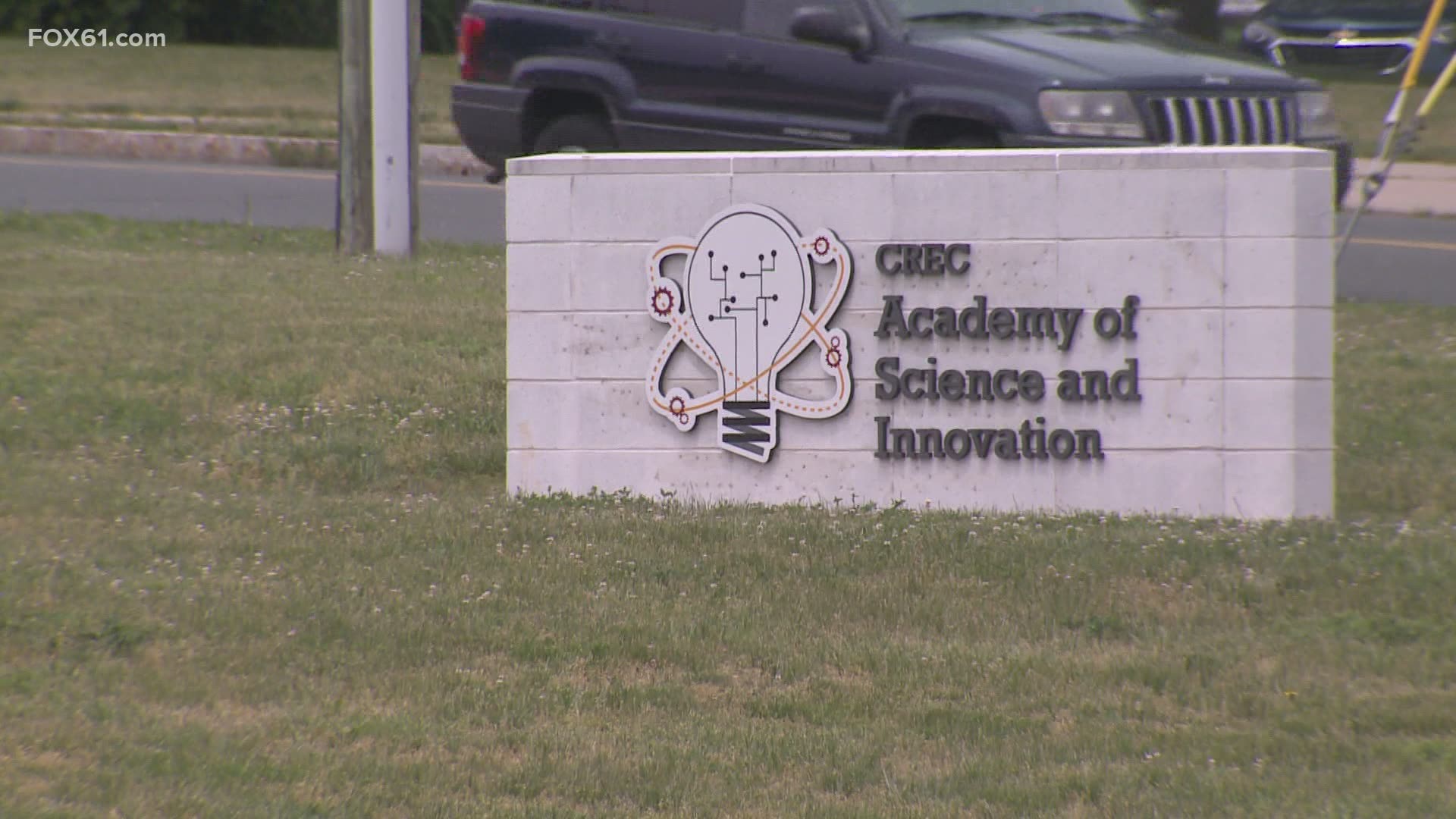 NEW BRITAIN, Conn. — A juvenile was recently arrested after a noose made of toilet paper was found hanging at a CREC high school in New Britain this week.

Karen Mooney, the principal at the Academy of Science and Innovation (ASI), sent a letter to parents on Thursday saying the noose was found in the high school boys’ bathroom earlier that morning.

She said the school’s administration along with the New Britain Police Department investigated the incident as a potential hate crime.

“From our history, nooses symbolize the hateful ideology that dominated one group of people over another, namely white individuals over Black/African Americans,” she wrote in the letter. “Such incidents have no place in our school community, and we stand united to condemn this hateful act. They do not align with our mission and values as a social justice agency.”

The New Britain PD confirmed to FOX61 that the investigation determined the incident was committed by a juvenile, who has been arrested. The juvenile, who was not identified, was charged with breach of peace in the 2nd degree and violating Connecticut Statue 46a-58 (Deprivation of rights. Desecration of property. Placing of burning cross or noose on property).

They will face these charges in juvenile court.

ASI is not the only school dealing with recent hate incidents.

In Portland, a sign referencing former Nazi leader Adolf Hitler with images of the superintendent and the chairwoman of the board of education was placed in front of Brownstone Intermediate School.

The sign, which was immediately taken down, was purported to protest the requirement for students wearing masks in school.

Meanwhile, at Glastonbury High School, the yearbook distribution was halted after it was discovered that a student using a false name submitted an “appalling quote” from Hitler that was attributed to George Floyd. A second quote was found glorifying war, school officials said this week.

This incident was referred to the police.

“There is no place for any of this anywhere in our school system,” Dr. Alan B. Bookman, Superintendent of Schools and Dr. Nancy Bean, Glastonbury High School Principal in a letter to the community. “As a district, we have committed ourselves to examining our school system and our school culture and to dismantling any practices that support inequality, privilege, and racism. We made that commitment a year ago. These are NOT just words. We have begun this critical work this year and will continue the work for many years to come.”