Police say Matthew Walker had plenty of ammunition for the multiple long guns and handguns he used. 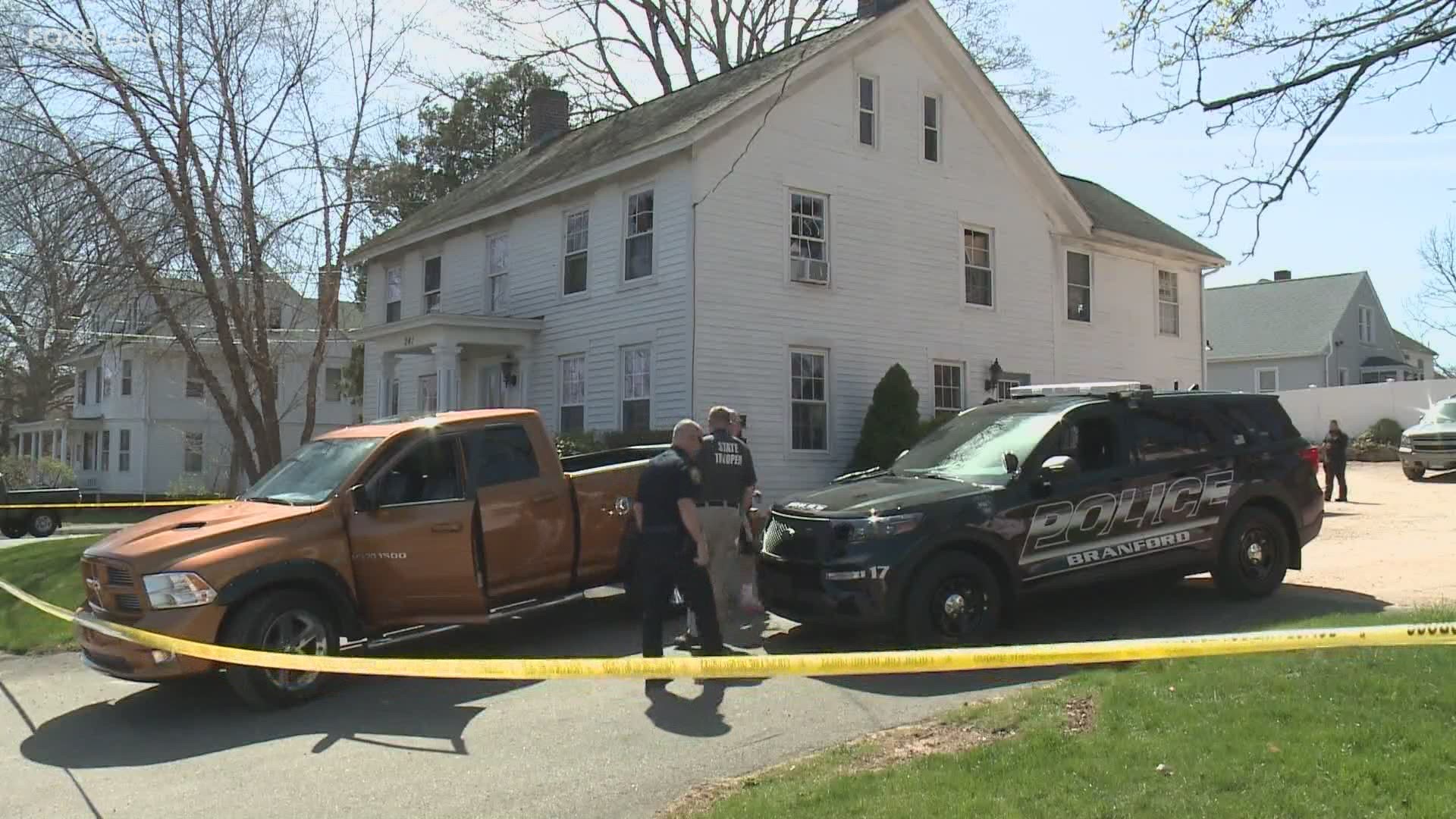 The sounds along Main Street were unmistakable, according to business owners.

"My father was on the phone with the police department, and he was standing right here and hiding behind the pallets because he could see the guy with the long gun out the window," said Taylor Chambers-Scussel of Shelley’s Garden Center, which is two buildings west of where Walker was shooting from.

But it remains unclear why Walker unloaded dozens of rounds. Police acknowledged a neighbor had filed a recent complaint against him, although they did not reveal why.

"Negotiations with the suspect were attempted for several hours and a contact was not made," said Lt. Corrianne Corangelo, a Branford Police Department spokesperson.

Walker sat perched in several second-floor windows, at 241 Main Street, at times seeming to fire randomly, riddling a house next door to his apartment with bullets. Nobody was home.

"Many nearby vehicles and homes were damaged," said Deputy Branford Police Chief John Alves. "Initial responding officers did a phenomenal job in containing the scene and moving citizens to safety."

Several buildings away from the shooter is Pepe's Service Station, where a gas pump was struck with two of the gunshots, resulting in a close call for customers.

"One customer was over here self-serve pumping gas there and then another gentleman pumping gas here and we came to find out that this morning that supposedly he was deaf and couldn’t hear us yelling at him to get out of here and get inside," said Larry Stoup, the owner of Pepe’s Auto Service.

But, in the attached parking lot, Ashwin Patel, the owner of Shoreline Wine & Spirits, was struck by gunfire.

"We got him inside the building and stabilized him until the SWAT team could get in here to get him out because the paramedics, they wouldn’t allow them into the area," Stoup said.

Fortunately, he is expected to be released from the hospital in a couple of days. A GoFundMe has been set up to defray Patel's medical costs.

Police say Matthew Walker had plenty of ammunition for the multiple long guns and handguns he used.

He did have legally registered firearms, according to police, but they are still unclear if they were all properly registered to him.