Police say Manfredonia used a samurai sword to kill a man and injure another in Willington in May. He was later caught in Maryland. 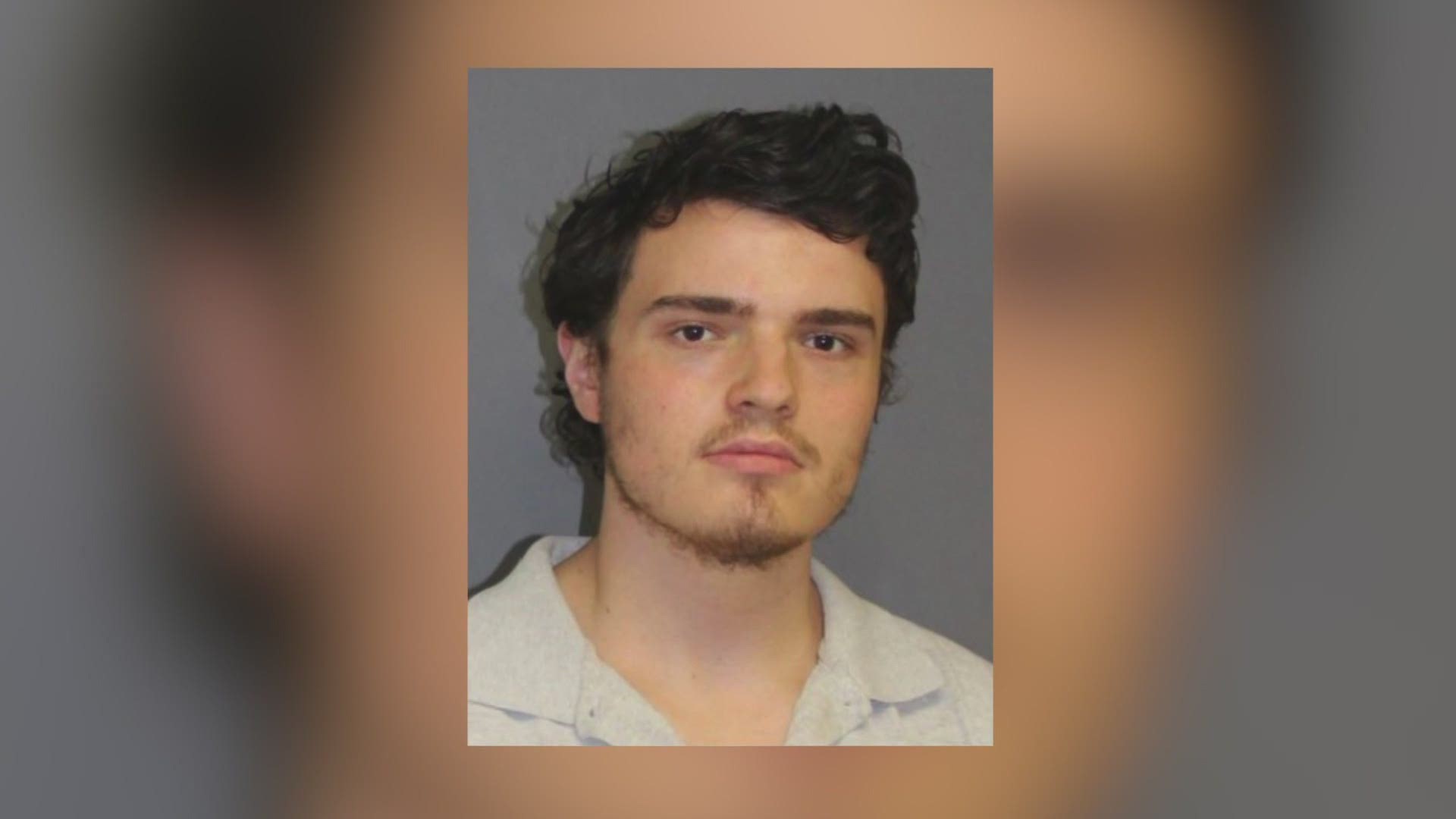 Police have released new information on their investigation into Peter Manfredonia, the former UConn student accused of killing two men, holding another hostage, and kidnapping a young woman across state lines.

More than a month after Manfredonia's arrest, State Police released his arrest warrant.

On May 22, State Police responded to Mirtl Road in Willington shortly just after 9 a.m. for an assault and found two male victims. Theodore DeMers, 62, of Willington died. Police said Manfredonia used a samurai sword in the attack and DeMers' hand was completely severed off.

Police revealed what neighbors had previously told FOX61, that Manfredonia knew someone on Mirtl Road. The arrest warrant includes information from "Witness 9" a female who is an acquaintance of Manfredonia. Witness 9 told police that Manfredonia "has an obsession with samurai swords and owns at least two." Witness 9 told police that she had last seen Manfredoia on April 25, and had stopped talking to him after he allegedly "managed to hack into her social media accounts in April."

It's a weapon police said Manfredonia used to kill Ted DeMers - cutting off his hand and fracturing his skull according to the warrant and the same weapon used to assault a neighbor who tried to help.

Both victims described in the warrant by a witness quote “covered in blood from head to toe and with blood surrounding him on the ground ...victim two was not moving and was also covered in blood.”

Before Manfredonia was caught by state police in Maryland- police say he took a man hostage in Willington. In the warrant, the man describes the hours-long conversation he had with Manfredonia before he was found by police tied up in his own basement.

“I woke up abruptly on the morning of Saturday May 23rd to a male holding a gun to the back of my head…..When I saw the picture on the news, it looked like the young man who was with me...I asked if he wants to talk about what took place with the murder and he told me that he hadn’t slept for five days and that he just flipped.”

The warrant doesn't detail any of Manfredonia's alleged crimes in Derby and beyond.

He is currently in police custody on suicide watch and is due back in court on July 10th.

On May 24, State Police said that on they received a report that Manfredonia held a victim against his will in the Turnpike Road area in Willington. Manfredonia reportedly then stole a truck, firearms, and food before leaving. Police said that the victim was not injured.

Police then said Manfredonia drove to Derby where police found a truck crashed and abandoned on Hawthorne Ave at Cullins Hill Rd. around 6:45 am.

Police closed nearby Osbornedale State Park for a search.

According to police, they determined that Manfredonia had an acquaintance in the area by the name of Nicholas Eisele. As police investigated, Eisele, 23, was found dead in a home on Roosevelt Avenue.

Another tenant in the home said he heard arguing around 5:30 a.m.

After days on the run in Pennsylvania, State Police later caught Manfredonia at a Maryland truck stop.