Authorities said he had been texting threats for hours before he was arrested. 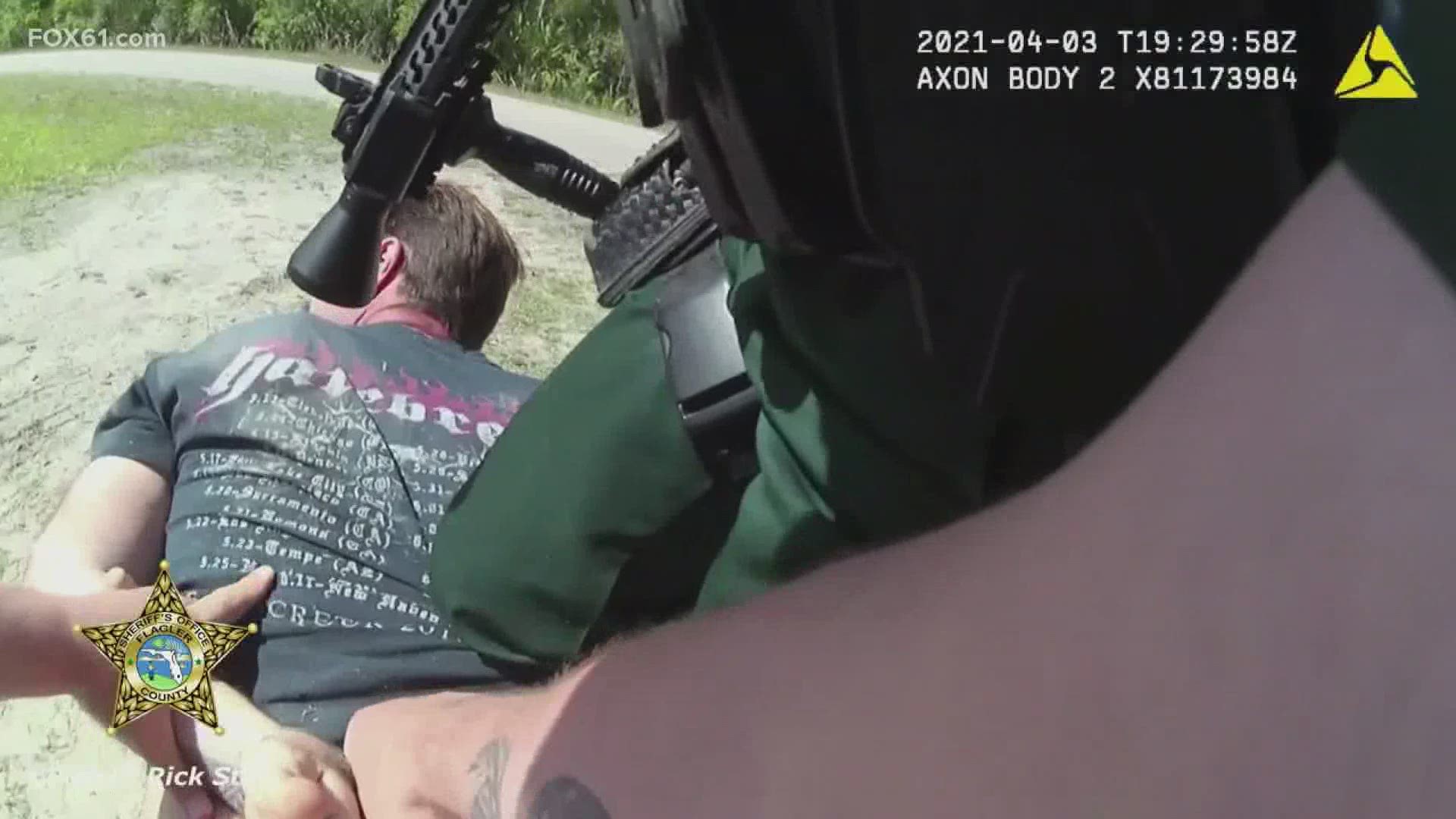 BUNNELL, Fla. — A Plymouth man was arrested after driving from Connecticut to Florida threatening to kill his estranged girlfriend, police said.

The Flagler County Sheriffs Department arrested Aaron Thayer, 39, in Bunnell, on Saturday. He is facing several charges including written threats to kill, attempted premeditated murder, possession of a firearm by a convicted felon and resisting arrest.

Deputies said they were called to the home of a woman on Friday who told them she had received multiple threatening text messages from Thayer, her estranged long-time boyfriend. The text messages were graphic and threatening in nature, making the victim fear for her life.

She told deputies that Thayer was driving to Florida and that he had installed security cameras throughout the property to keep an eye on her. She asked deputies to speak to her in "blind spots" not covered by the cameras because she believed that Thayer was watching her as they investigated her call for help.

Deputies said as they were speaking with the woman, she kept receiving phone calls and text messages from Thayer. She answered the phone and deputies heard Thayer ask the woman who was there with her and that he was on his way to kill her.

The phone call then ended and the security cameras were disconnected.

Deputies worked with other agencies to locate Thayer, and obtained an arrest warrant for sending written threats to kill with nationwide extradition.

The woman declined to be moved to a safe location and police conducted multiple security checks on the home.

On Saturday, police said the victim called 911 to report Thayer was at her home trying to break in with a tire iron. He broke in and stole $400 from her, picked up a gun, and allegedly aimed it at the victim.

Deputies said they had been nearby and arrived to find the victim running from the house with Thayer in pursuit.

The woman ducked behind their patrol vehicle while deputies confronted Thayer.

According to deputies, Thayer did not comply with their orders and they used a Taser to subdue him. A loaded handgun was found in the waistband of his jeans along with a folding knife.

He is being held at the Sheriff Perry Hall Detention Facility on no bond.