Police say they have released the body camera in response to a social media video posted a portion of the incident. 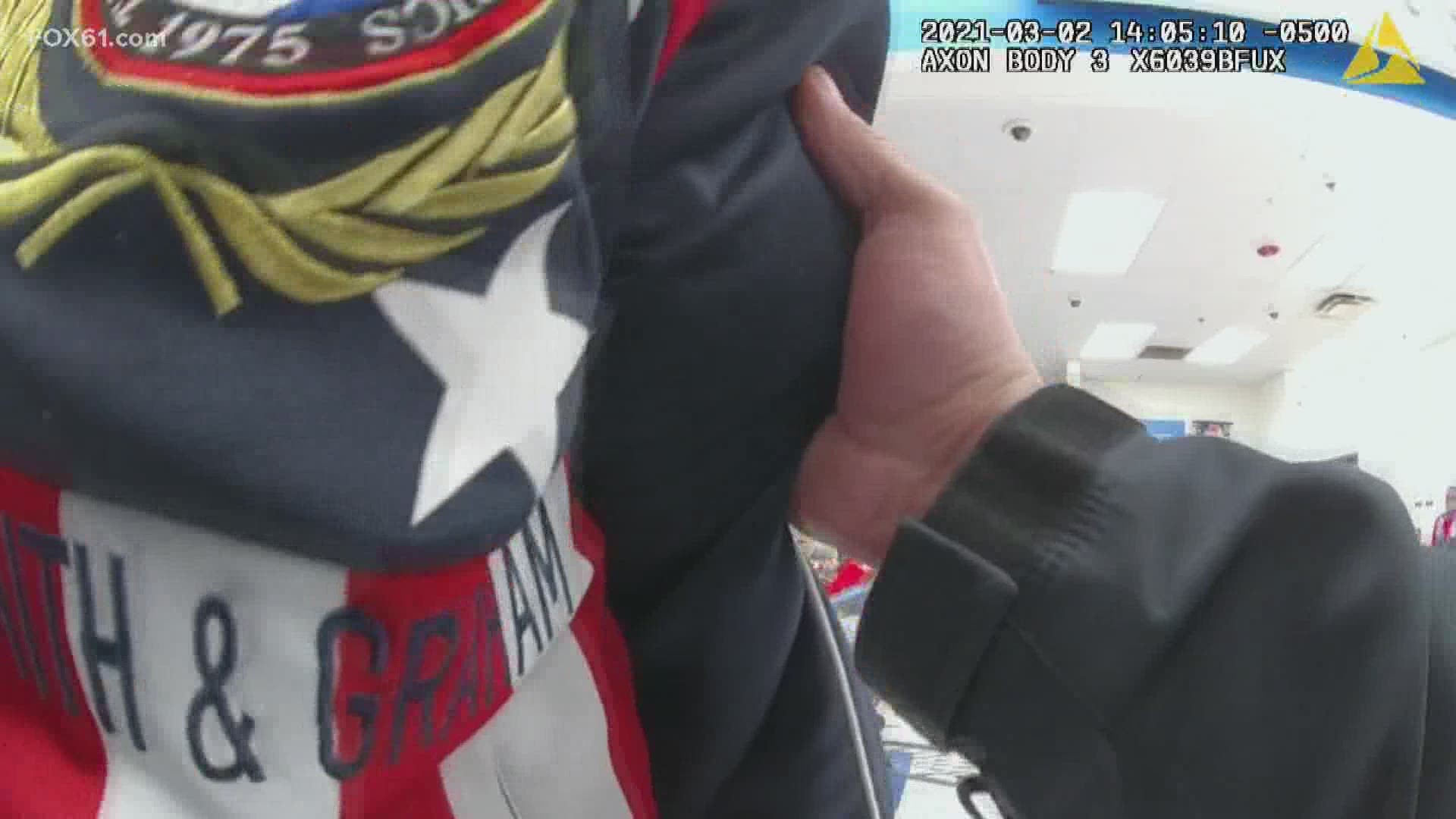 NEW HAVEN, Conn. —  New Haven Police have released officer body camera footage from an incident where a man was arrested inside of a Walmart store on Foxon Boulevard.

The New Haven Police Department says the body camera video was made public, in response to a social media video which depicts a portion of the incident.

According to a police report filed by the officer involved in the incident, Walmart employees asked 37-year-old Jose Dejesus to exit the store multiple times.

The report states the officer then gets involved and asks Dejesus to leave the store, but Dejesus told the officer he wasn’t leaving.

The officer goes on in his report to say he grabbed Dejesus by the arm and ordered him in a firm voice to leave the store.

According to the officer, “Dejesus then got in a fighting stance…and began raising his arms with clenched fist.” The report says the officer struck Dejesus in the face with a closed fist, causing him to fall on the ground.

Dejesus was charged with trespassing in the first degree, disorderly conduct, and interfering with an officer.

An internal investigation was launched to review the "appropriateness of the officer's use of force."