The suspect crashed a short distance from the mall in the area of Ranch Drive and Anton Road. 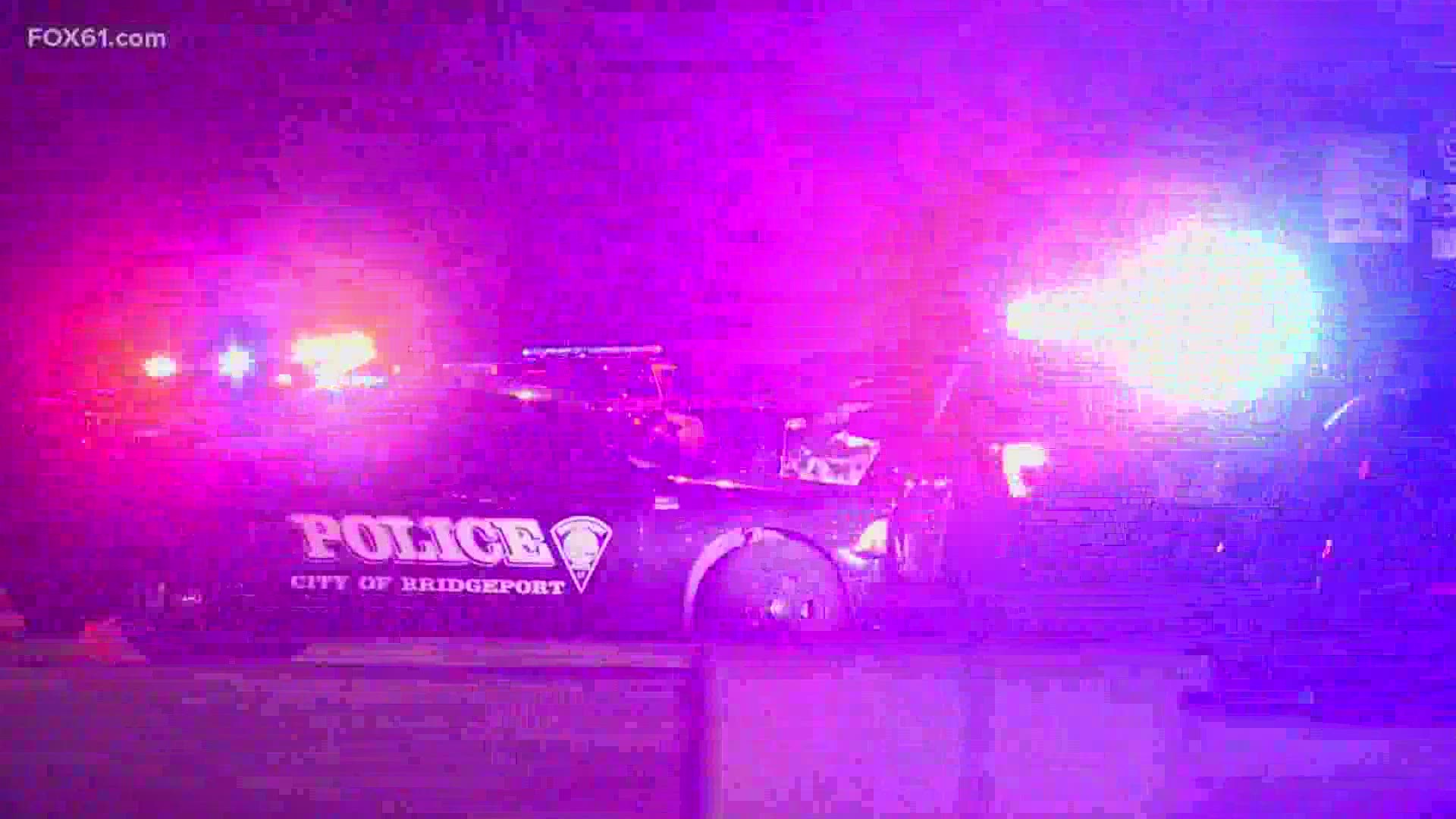 BRIDGEPORT, Conn. — Police have identified the man they say fired a shot during a standoff with officers after robbing a jewelry store in the Trumbull Mall on Friday night.

24-year-old Eddie Lynch of New Haven is charged with Criminal Attempted Murder, and Attempted Assault on a Police Officer for the events during the 6-hour stand-off, as well as Robbery First Degree; Criminal Possession of a Firearm and Larceny First Degree.

It all began shortly after 7 p.m., when police were notified of a robbery and gunshot at the Zales jewelry store in the Westfield Trumbull Mall. Police say that Lynch entered the store brandishing a handgun, which he used to shatter a glass display case. While doing this, the gun apparently discharged, firing one bullet. Lynch grabbed several gold chains and fled, according to police.

Officers monitoring traffic at the mall exits spotted a vehicle fleeing onto Main Street. Police pursued the fleeing car until the driver lost control at the intersection of Madison Avenue and Anton Street in Bridgeport.  The suspect crashed a short distance from the mall in the area of Ranch Drive and Anton Road.

Bridgeport Police secured the area, but Lynch refused to leave get out of the disabled car. Police say they negotiated with Lynch for several hours to encourage his peaceful surrender, but "the circumstances were tense, with Lynch firing his gun at the officers at least once during that time".

HAPPENING NOW: @bptpolice blocking off a portion of Ranch Drive and Anton Road. Neighbors are asked to stay inside after a suspect crashed in the area.
Police say the party is the one that fired one shot at Westfield Trumbull Mall. @FOX61News pic.twitter.com/ioUVH5Cui7

Finally, around 1:10 a.m., Lynch surrendered and was taken into custody. Officers say they recovered a variety of evidence from the jewelry store robbery, including a handgun and stolen merchandise.

Trumbull police say Lynch has an active arrest warrant for Assault and Strangulation from New Haven PD, related to a domestic violence incident. Lynch is prohibited from possessing a firearm as the result of a felony robbery conviction from 2015 in Bridgeport.

Lynch is being held on a $500,000 bond, pending a December 28th court date in Bridgeport. Additional motor vehicle charges related to the pursuit were included, with a separate bond of $50,000.

Bridgeport Police say a person was struck by the car before the suspect crashed. The victim was transported to the hospital. It is unclear the severity of the injury. Police are encouraging the suspect's surrender.

Police say nearby store employees and patrons were temporarily closed out from the immediate area of the robbey, but the mall remained open until its scheduled closing at 9:00 p.m.

UPDATE At 0111hrs the party responsible for the incident at the Trumbull Mall who was at a standoff with Police has surrendered to BPD and TMBLPD. The incident has been turned over to the Trumbull PD. We thank all officers for their professionalism. The area has been deemed safe. pic.twitter.com/CWOUjFnTzf