Child was dropped off a short time later unharmed 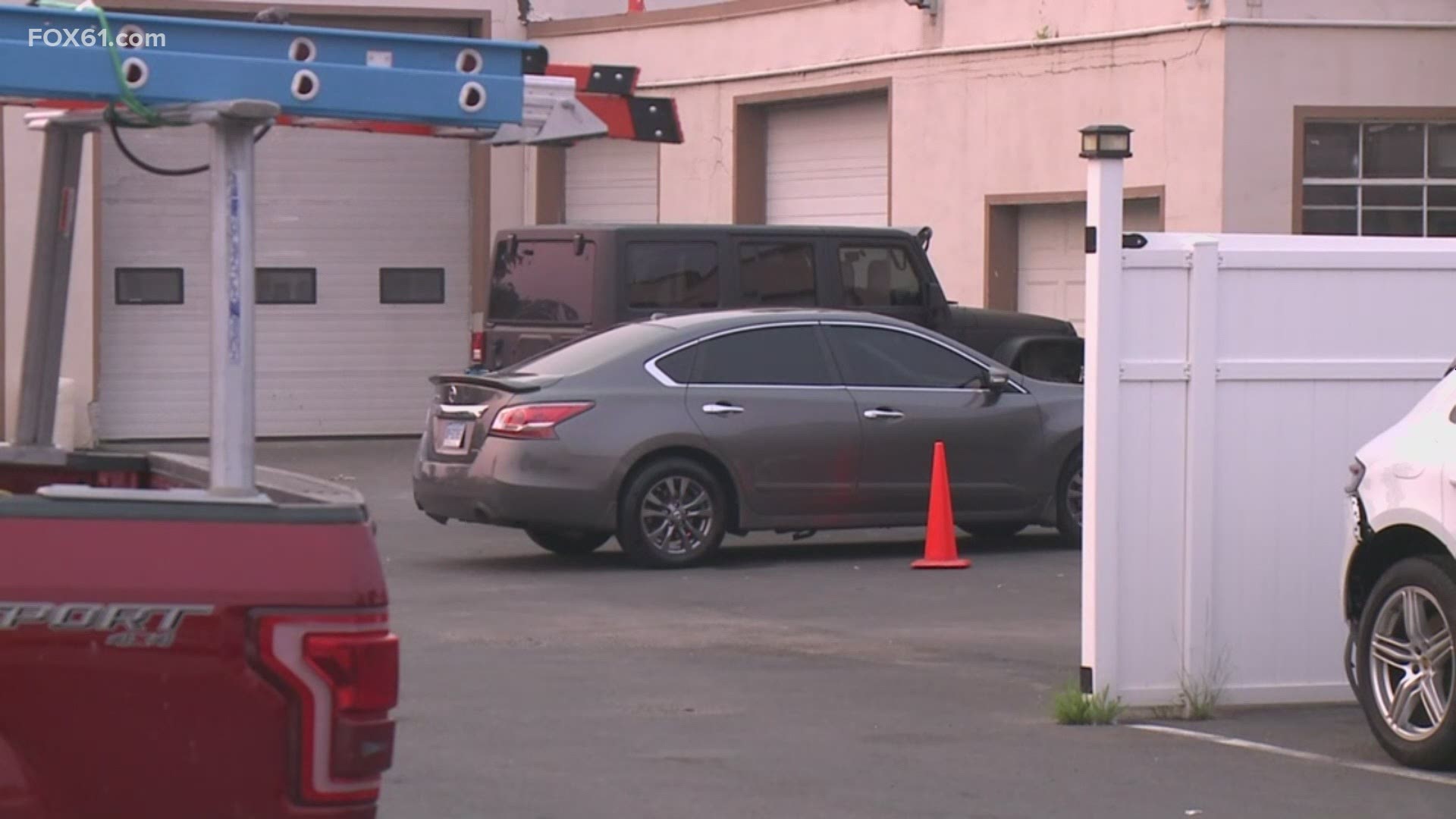 WEST HARTFORD, Conn. — West Hartford Police are investigating after they say a teen stole a car Tuesday afternoon with a two-year-old child inside. The child was unharmed.

At 2:30 pm, police received a 911 call from a car owner who said their car had been stolen from Premium Auto located at 932 New Britain Avenue with a two-year-old child still inside.  The caller told police the car was traveling west on New Britain Avenue.

Police said they located the vehicle a short time later going north on South Main Street. Stop sticks were used to slow the vehicle down. The car crashed into another vehicle, which then hit at third at the corner of South Main Street and Sedgwick Road.  The suspect fled from the stolen car and after a short foot chase, was taken into custody by West Hartford Officers.  The third vehicle struck by the suspect vehicle had three occupants, two of which were minors, who reported no injuries.

Police said the car theft suspect had dropped off the baby outside of a local business shortly after stealing the vehicle.  The child was found uninjured and reunited with their family.

“She had just gotten out of the car it was literally, from our information, for a very brief moment from when she stepped away in the car and that person happened to be standing in the lot, walking through the lot and saw that and jumped into the car and took off,” Captain Eric Rocheleau said.

“By the time I had come out she had already been dropped off and was being consoled in that alleyway right there,” Souza said.

West Hartford’s Joel Llanos lives nearby says this is a reminder to keep an eye out for your kids.

“I have children myself so every once in a while I sent them over to KFC and to be—it would be devastating that happening, you know, he gets picked up by somebody, you know,” Llanos said.

He’s thankful the two-year-old is safe.

“I do know the people from next door. God bless them, and they child. You know what I mean, I wish this never happened but thank god the child wasn’t in the car when it crashed,” he said.

The 16-year-old suspect is currently in police custody and being treated at a local hospital as a precaution. The West Hartford Police Department has contacted the Juvenile Court and is seeking a “Take into Custody Order” for the suspect.

The juvenile suspect was discharged from the hospital and taken to the West Hartford Police Department. He was processed and referred to Juvenile Court for the following charges:

This is an active investigation and criminal charges for the abduction and vehicle theft are pending.

RELATED: Suspect holds victims at knifepoint, forces them to drive to store to buy phone in West Hartford: Police