In a meeting with city council Monday, Portland Police Chief Frank Clark gave a report on the Black Lives Matter protests in the city 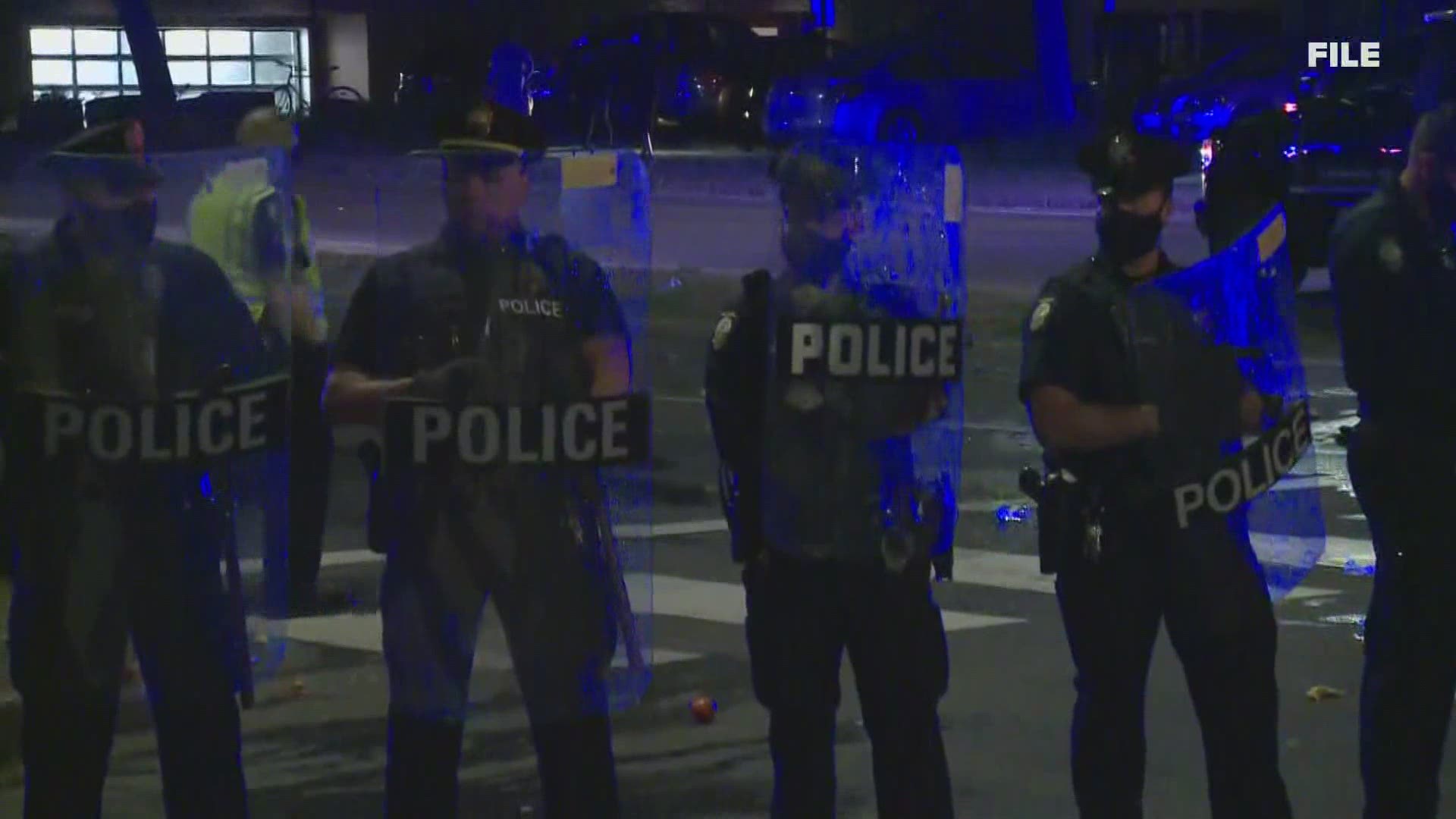 Clark said although protest organizers usually work with the City’s Event Permitting staff and Police Department ahead of time to work out logistics, protest details were not shared for all but the June 3 protest.

As for the June 1st protest, Clark said 33 businesses in the Old Port area were burglarized, damaged and/or looted. In addition, bottles, rocks, and bottles of urine were thrown at police and police cruisers. People also climbed on the cruisers and pounded on the windows. People climbed on police cruisers and pounded on windows. Several officers received injuries from thrown bottles and cans and were soaked in urine. Clark also said graffiti and small fires happened during the protest.

The Portland Police Department did not use tear gas or rubber bullets during this or any protests, however, there was use of oleoresin capsicum, also known as OC or pepper spray, and pepperballs, batons (used as a barrier, not impact device), shields, and helmets at the June 1st protest.

A pepperball system is essentially a compressed-air launcher, similar to a paintball device, that allows for a stand-off distance application of frangible plastic spheres filled with a powdered pepper-based irritant similar to OC or pepper spray. Police used pepperballs to aim low or towards the feet of people or groups in the crowd who were throwing things or posing a physical threat to officers or others, in an order to disperse or back them up, after calls to disperse were ignored.

There were a total of seven protests in Portland within a week:

23 people were arrested. No formal complaints have been made against Portland Police officers for its actions during these protests.