Amazon has reopened the construction site and the FBI has returned to help Windsor police's investigation. 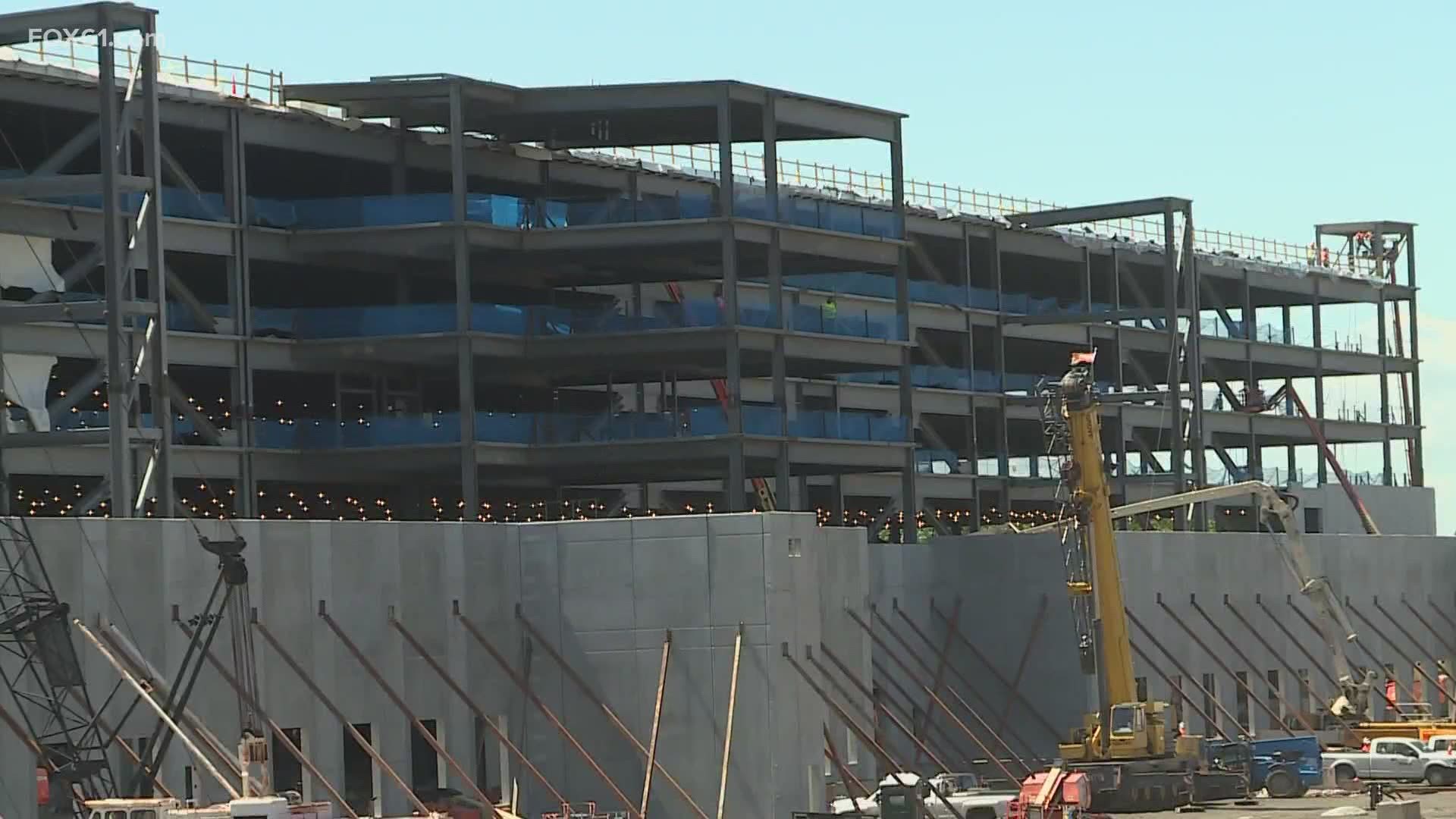 WINDSOR, Conn. — The pressure is mounting to find the person or people responsible for hanging nooses at the construction site of a new Amazon warehouse in Windsor.

The FBI returned on Thursday to work with a Windsor police detective conducting interviews on-site, that had previously been set up according to Windsor Police.  An FBI spokesman tells Fox 61 news, they will be on-site often assisting as needed to figure out who is responsible for hanging these nooses.

“This is the 8th noose, when is enough, enough? This is the 8th time this has happened, Amazon is not going to keep shutting down, opening up, what’s going on, they need to get to the bottom of this,” frustrated Windsor Resident Iris Mitchell.  She says she moved to this diverse community four years ago and loves living in Windsor.

The future Amazon Fulfillment Center re-opened on Thursday and construction continued one day after the discovery of an 8th noose prompted its second shut down in a week. The FBI was back on sight working with Windsor Police doing interviews, to find those responsible for these hate crimes.

"I just don’t understand why this keeps happening. Same place and what the purpose is; if it’s against someone or to stop work or against Amazon?” said Carol Souppa of Windsor.

A new letter from @TreasurerWooden to head of @amazon after 8th noose found at future home of Amazon Fulfillment Center in Windsor, @FOX61News FBI back on scene today. pic.twitter.com/VB1hc51UVj

The President of the Connecticut NAACP Scot X. Esdaile believes the latest noose was a message to stop them from a scheduled meeting with workers planned for Wednesday.

Esdaile said, “we were concerned about the black workers and individuals in this site and the intimidation of individuals that would be scared to talk with fear of losing their jobs and life.”

Windsor TownPeter Souza is the town manager of Windsor, “These acts of intimidation and hate are not accepted in Windsor and shouldn’t be accepted anywhere.”

The reward is now up to $100,000.00, extra police, off-duty police, and cameras are reportedly in place too. And a new letter to the head of Amazon from state treasurer Shawn wooden, expressing his concerns.

Souza added, “we’re putting resources toward this with outside agencies, and assistance of state police, the federal bureau of investigation, FBI actually in town again this afternoon.”

State Representative Brandon McGee is asking workers if they see something to say something. He is also calling for more from Amazon.

“To begin educating your employers, contractors that come in I don’t know the creation of an equity center in Windsor, others could benefit from too. I recently read a post on Instagram and the President of Amazon was checking on employees ok, come to Connecticut.

So far there have not been any arrests. In the past, police have stated it could be an inside job. If you have any information call Windsor Police at 860.668.5273.