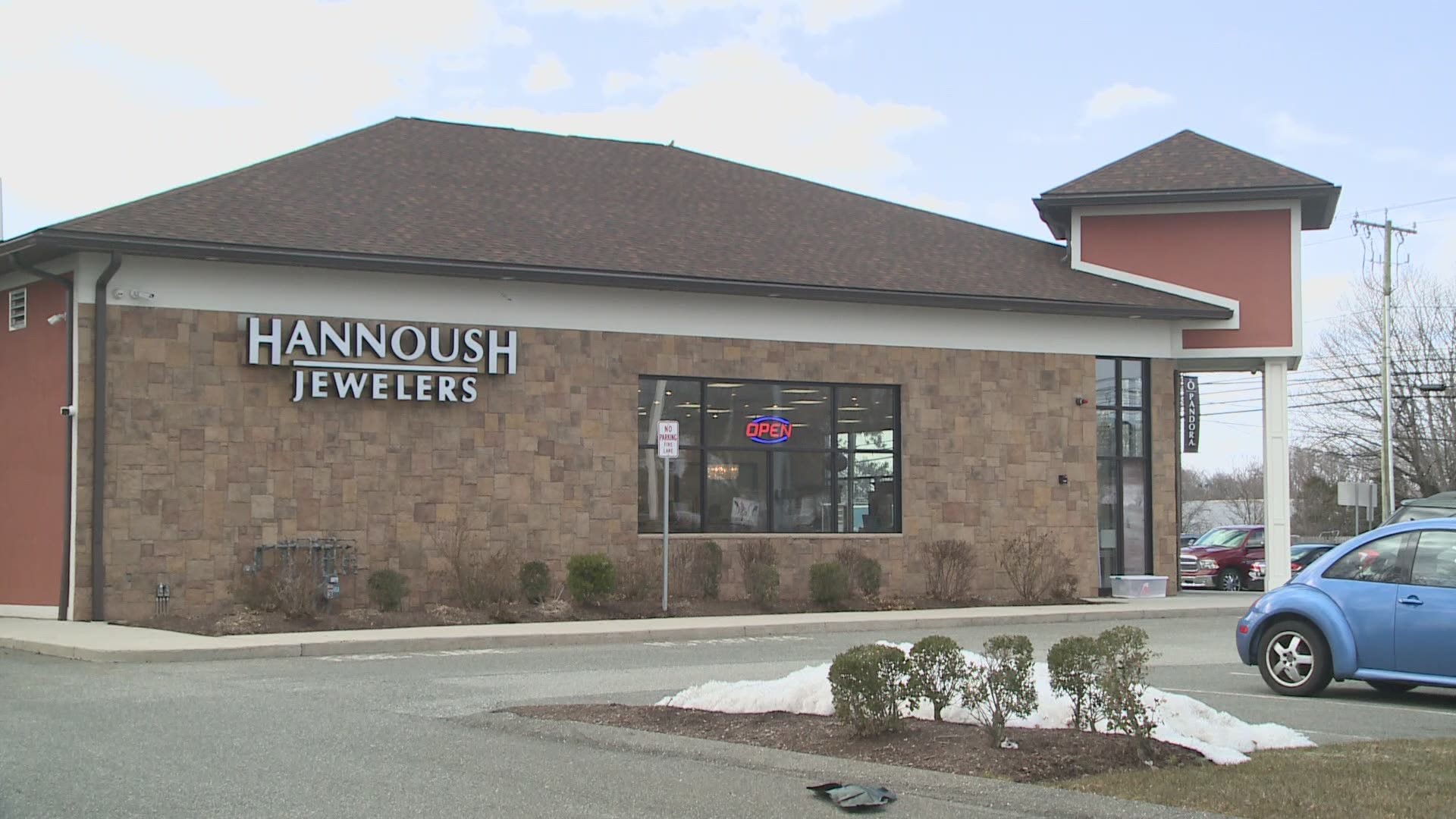 ENFIELD, Conn. — Police are looking for a person who allegedly robbed a Hannoush Jewelers using a sledgehammer to break a store window.

According to officials, an Enfield police officer on a routine patrol observed a person exiting the window on the jewelry store on the east side of 95 Elm St. around 4:25 a.m. on Wednesday.

The suspect fled the scene in a light-colored Honda Civic.

Both suspects were wearing dark-colored clothing with dark hats and face coverings.