Evelyn Boswell has not been seen since December and has been the subject of a Tennessee statewide Amber Alert ever since. 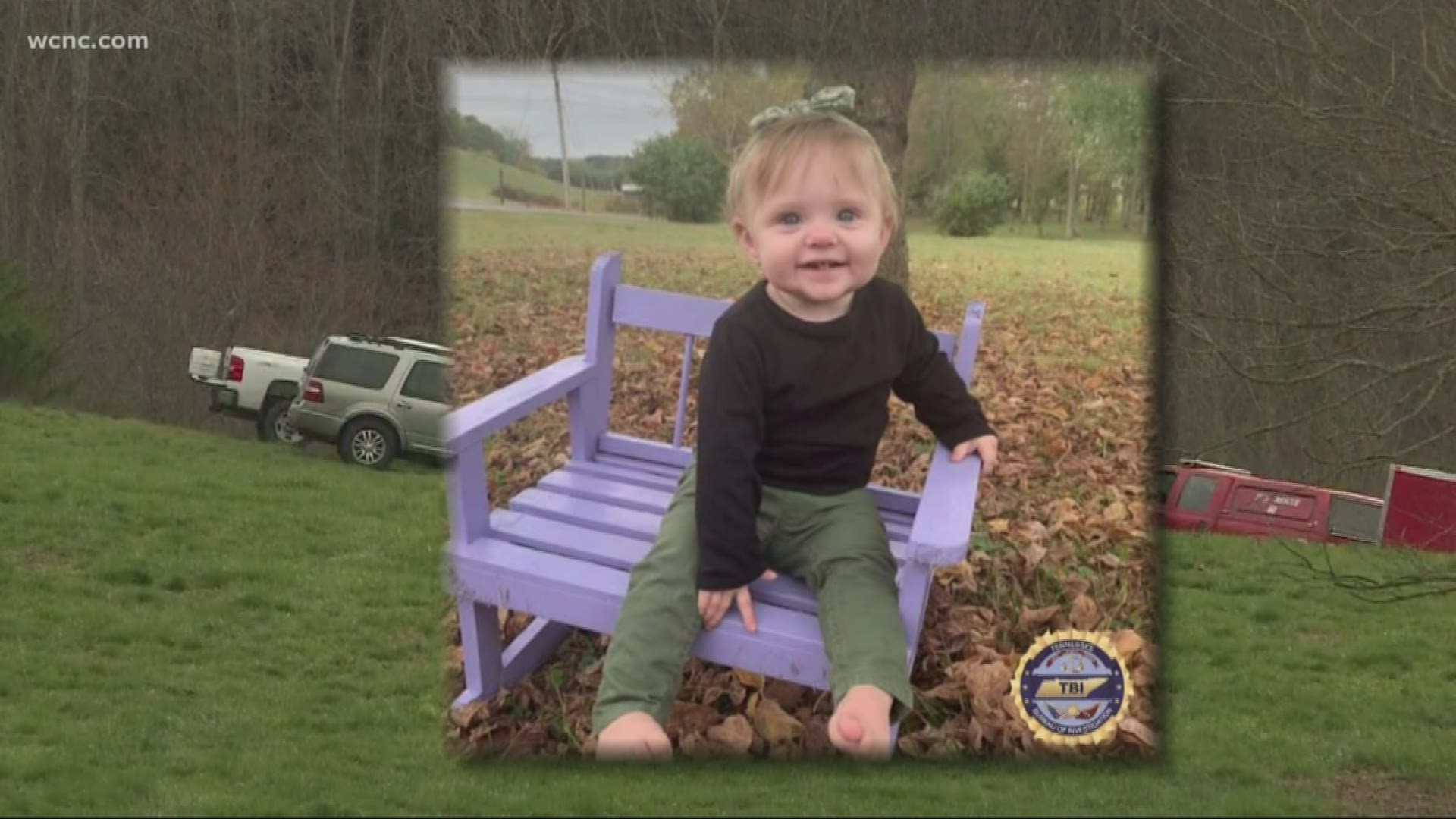 WILKES COUNTY, N.C. — The search for 15-month old Evelyn Boswell has expanded from Tennessee to North Carolina, the Sullivan County Sheriff's Office confirmed in a news conference Wednesday. However, the search at a Wilkes County pond was "inconclusive."

According to a press release from the Wilkes County Sheriff's Office, authorities used a remote-operated vehicle to search the bond but nothing connected to the Boswell investigation was found.

Boswell, who has not been seen since December, was reported missing on February 18. She has been the subject of a Tennessee statewide Amber Alert ever since.

“It’s just unreal that something like this could happen right here," Rebecca Johnson, who lives in Wilkes County, told WCNC Charlotte, later adding, “She’s in our thoughts and prayers.”

Earlier this month, authorities in Wilkes County, North Carolina arrested two people in connection with the girl's disappearance. A gray 2007 BMW was recovered as part of the investigation.

The mother of baby, Megan Boswell, was taken into custody last week and charged with False Reporting.

The search for her missing toddler continues.

The TBI has received more than 500 tips but said there have been no credible sightings.

Evelyn Boswell is 24 inches tall and weighs 28 pounds. She also has blonde hair and blue eyes and was last seen wearing a pink tracksuit, pink shoes, and a pink bow.

The TBI said the child was reportedly last seen on Dec. 26, 2019 and wasn't reported missing until Tuesday, Feb. 18.

The FBI is also assisting in the search.

The Sullivan County SHeriff's Office and the TennesseeBureau of INvestigations are continuing the Amber Alert. The investigation is ongoing.

OTHER STORIES ON WCNC

RELATED: Megan Boswell speaks out about search for Evelyn before being arrested, says she left her with the grandmother