Police said when they arrived, one of the suspects drove a truck through a closed garage door, nearly hitting an officer. 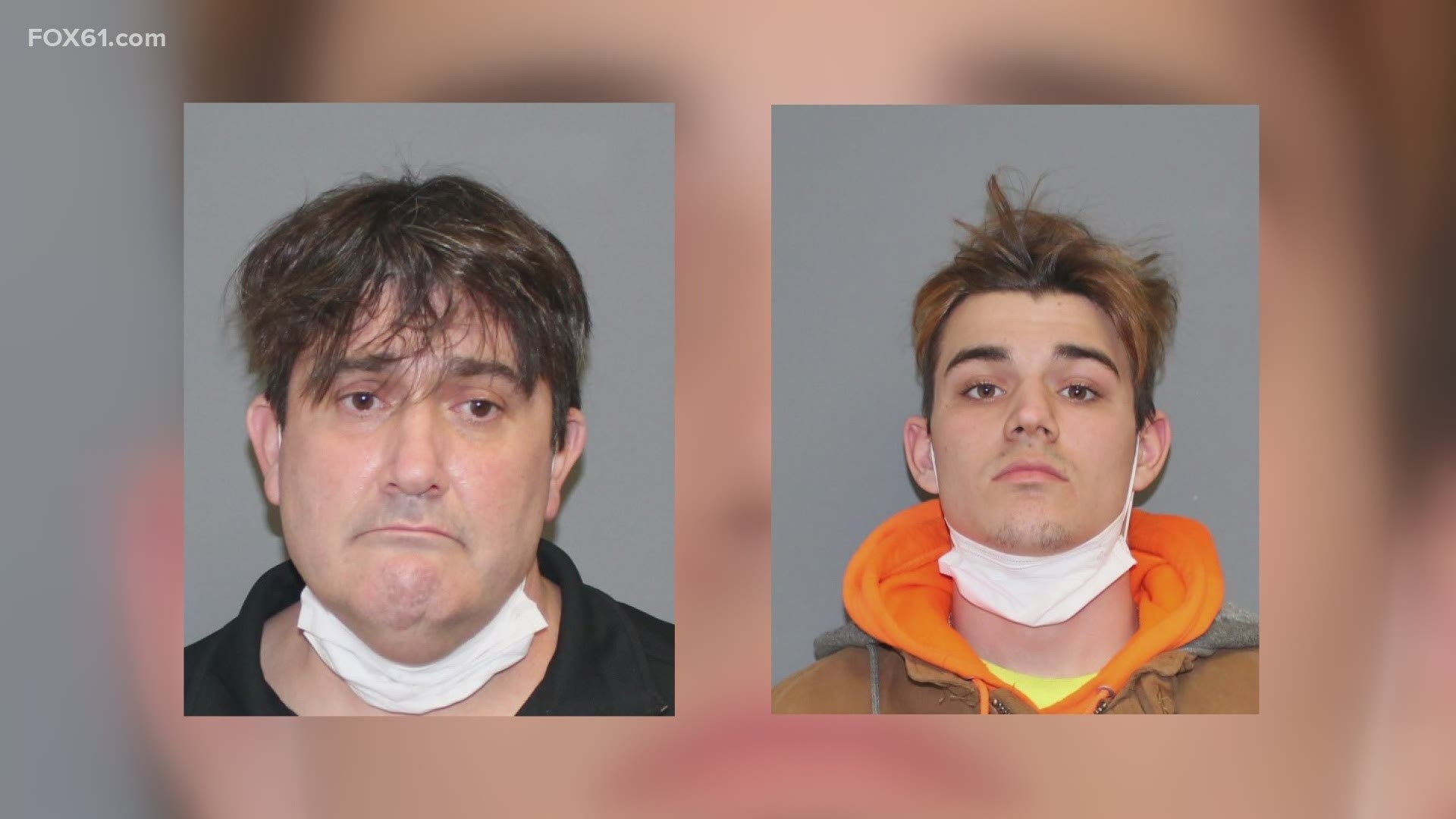 SHELTON, Conn. —  A father and son were arrested for burglarizing a Shelton home. The homeowner watching the whole thing unfold through his surveillance camera. The camera's motion sensors were triggered around 2 am January 6th.

"He saw two men pull up to his driveway in a pickup truck," said Detective Richard Bango of the Shelton Police Department.

"While he’s talking to the police department these two men are loading all of his belongings in the back of the truck," said Bango.

Police say the motion-sensitive surveillance footage from inside and outside the garage showed the two break into the garage and back their truck in. They close the garage door behind them.

Police arrived not long after and declare their presence.

"The homeowners watching the gentleman get back inside of his truck and drive right through the garage door. Not knowing who’s on the other side nearly missing the officer and the patrol car. That leads them on a chase," said Bango.

Police say the pair would get away but not for long. Police analyzed the video and evidence as well as executed search warrants for the Barretta’s vehicles and home in Orange. The investigation provided enough support to arrest the Barretta’s on burglary in the first degree and larceny in the 4th degree.

FOX61 knocked on the Barretta's door for comment on the allegations. Barretta Jr. answered denying to comment.

Police say Barretta Sr. has a history of run-ins with the law. He was charged with larceny in March of 2020 for allegedly stealing construction equipment from a landscaping company in West Haven. He was also arrested on similar charges twice for instances in Derby in 2017.

Police are investigating a motive for the January 6th incident.

"We’re not sure why they picked it. They invoked there right to not speak with us," said Bango.

The Barretta’s were both released after posting their respective $10,000 bonds. They are both due in court in March.