At least four teens were shot over the weekend, including one teen who was killed. 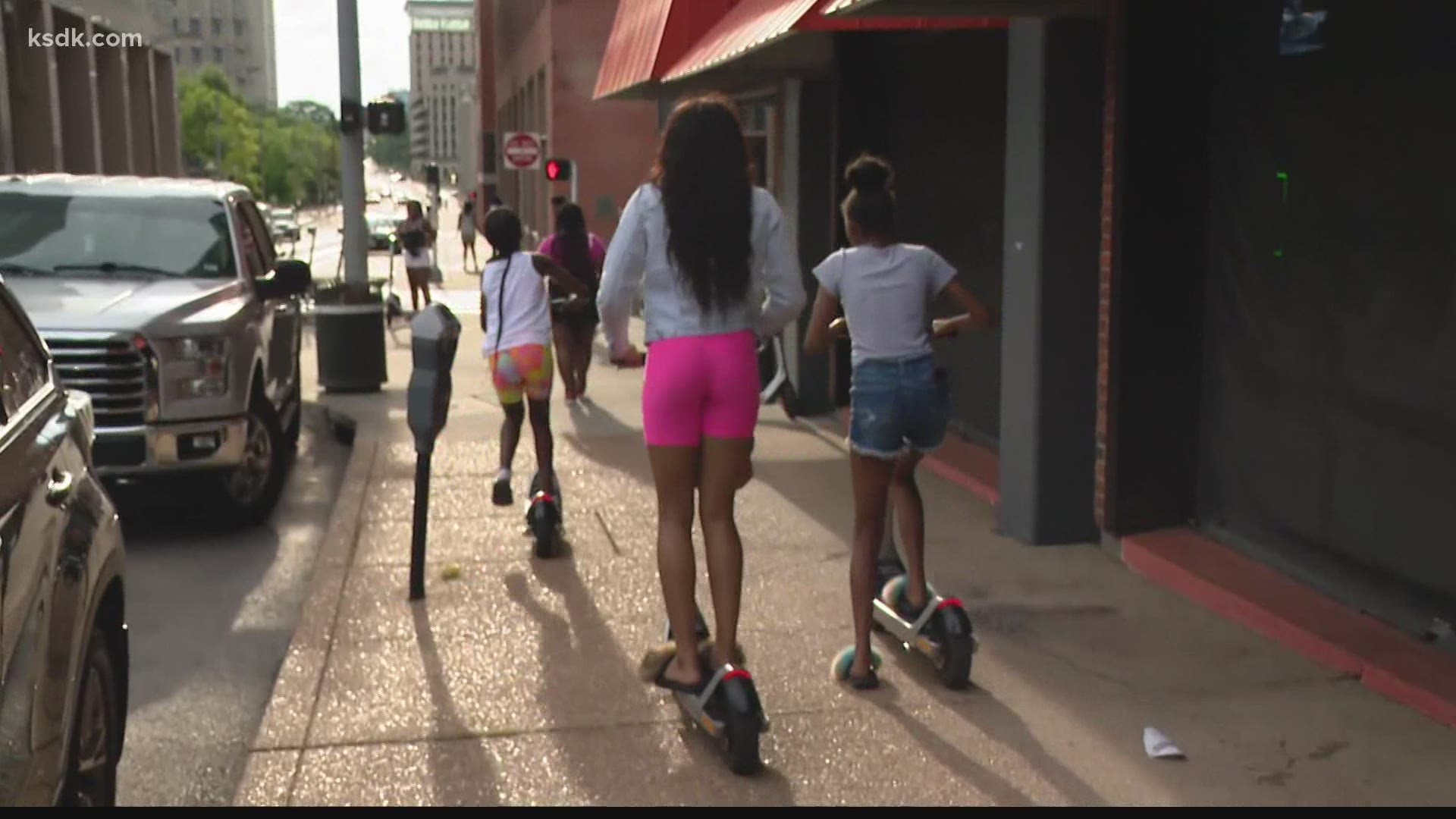 ST. LOUIS — It has already been a deadly and violent year for children in the St. Louis area. By 5 On Your Side's count, at least 43 shootings of kids younger than 17 have taken place this year. Of those 43, 11 were deadly.

Over the weekend, four minors were shot. One was killed.

"I don't think I'm safe anywhere," said 16-year-old Ikel. Ikel was riding scooters with her friends in downtown St. Louis Sunday night, right in front of the Hooters restaurant, where a shooting sent five young people to the hospital.

The victims were between the ages of 17 and 19. They were all expected to survive.

Hooters had at least off-duty two police officers standing guard at the area Sunday evening. The establishment also boarded up a window with plywood and a bullethole graced one of the columns out front.

The danger seemed to be hidden in plain sight, as Cardinals fans took over the area for the day's baseball game.

"They should think about others," said Ikel. "Don't be so violent in an area you know we be — like do that on your own time! Why would you come to a public place? That's just ignorant. That's something within, something we can't even fix."

Ikel and her friends were using the city as a playground on a Sunday evening, but it's no longer innocent fun for her or her friends.

Just a few hours earlier, a teen was found shot dead at North Tucker Boulevard and Biddle Street. Police say he was found with a bullet wound to the chest.

A day before, two more teen boys were shot in the Grand Center neighborhood. Both are expected to survive.

"They're shooting out my door now," said Bridgett Lemchi, an area resident. "This is utterly ridiculous. It's too many children being shot!"

"Why would you bring it to an area where kids be?" asked Ikel. "If they were your kids, how would you feel?"

"Things happen every day, so just be lucky it didn't happen to you," she said.

It's hardly an ideal solution that gives children a reality they deserve.

"A lot of parents don't check on us mentally," said Ikel. "And we need that."

5 On Your Side's Jacob Kuerth contributed to this report.