When an off-duty trooper investigated apparent drug activity, the man fled at high speed, nearly striking the trooper and others, according to police. 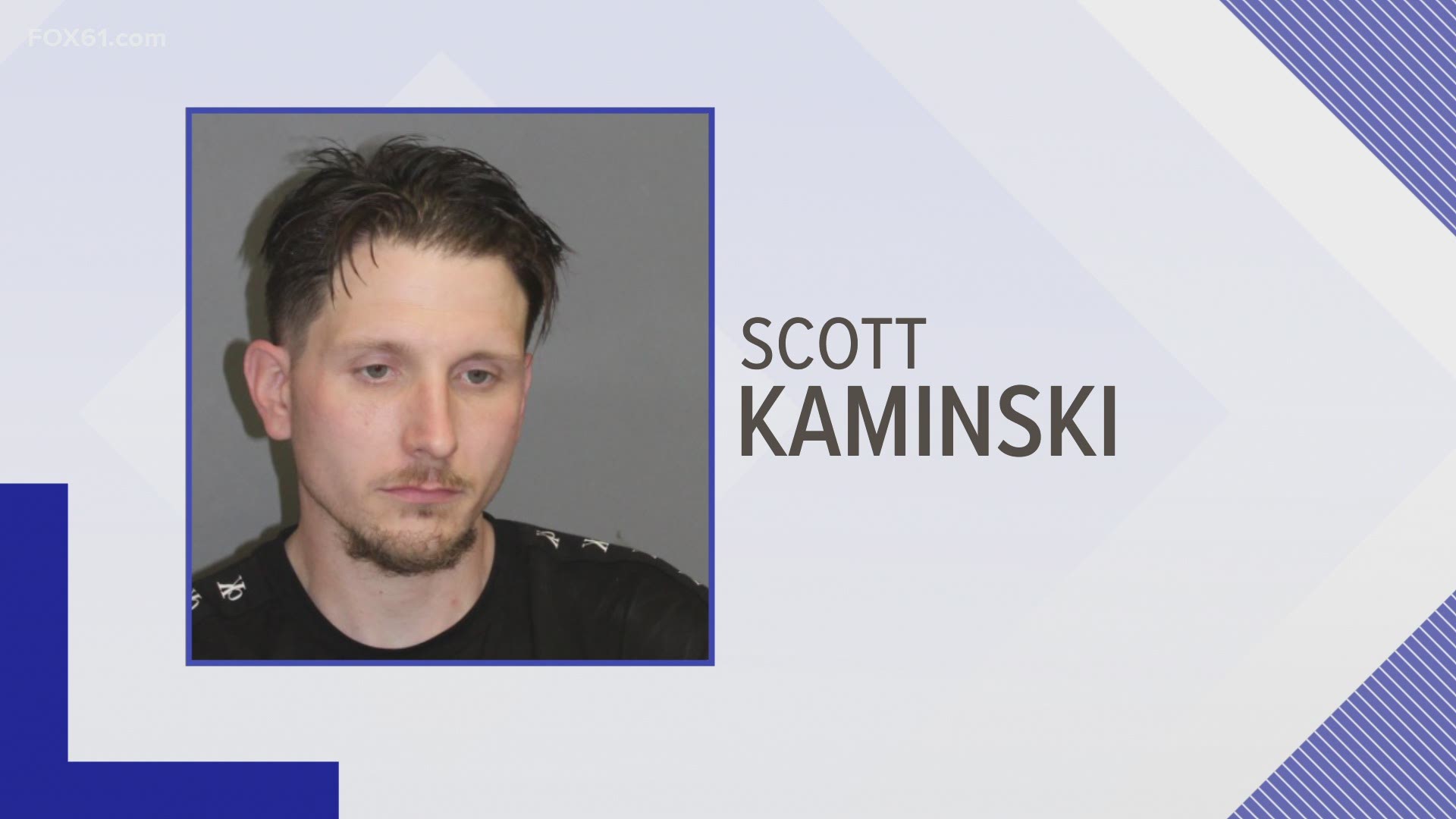 ENFIELD, Conn. — A suspect who was at large after an incident back in March has been charged, State Police said Friday.

35-year-old Scott Kaminski, of East Hartford turned himself in Tuesday on a warrant issued after he evaded police who located him slumped over a steering wheel in the parking lot of a Home Depot.

Kaminski had allegedly used illicit narcotics and drove under the influence.

He has been charged with the following:

Kiminski was released on a $10,000 cash-surety bond and is expected to appear in court on July 20.

Officials say when the Trooper located Kaminski, they donned identifiable clothing and his body-worn camera and placed his cruiser in front of the vehicle with lights activated. The off-duty Trooper observed a male asleep behind the wheel. The Trooper was able to wake the man, who then rolled down his window. After identifying himself, the trooper says he observed signs of illicit narcotic use and believed the operator was under the influence. The trooper asked the man to step out of the vehicle. Instead, the operator placed his vehicle in reverse, then negotiated around the trooper's cruiser and took off at a high rate of speed, nearly striking the Trooper as well as several patrons exiting and entering the Home Depot.

The trooper pursued with emergency lights and sirens, but was forced to stop when the suspect turned the wrong way down a one-way divided roadway. Enfield Police were notified but attempts to locate the vehicle were not successful.

The plate on the vehicle was identified later as being canceled and listed as a stolen plate. The vehicle is a 2000-2003 White Nissan Maxima with passenger side rear bumper damage.

Anyone with information or tips regarding the identity of this suspect is asked to contact Troop C at 860-896-3200 ext. 8071 or Kyle.Kaelberer@ct.gov

As always, calls can be made anonymously.