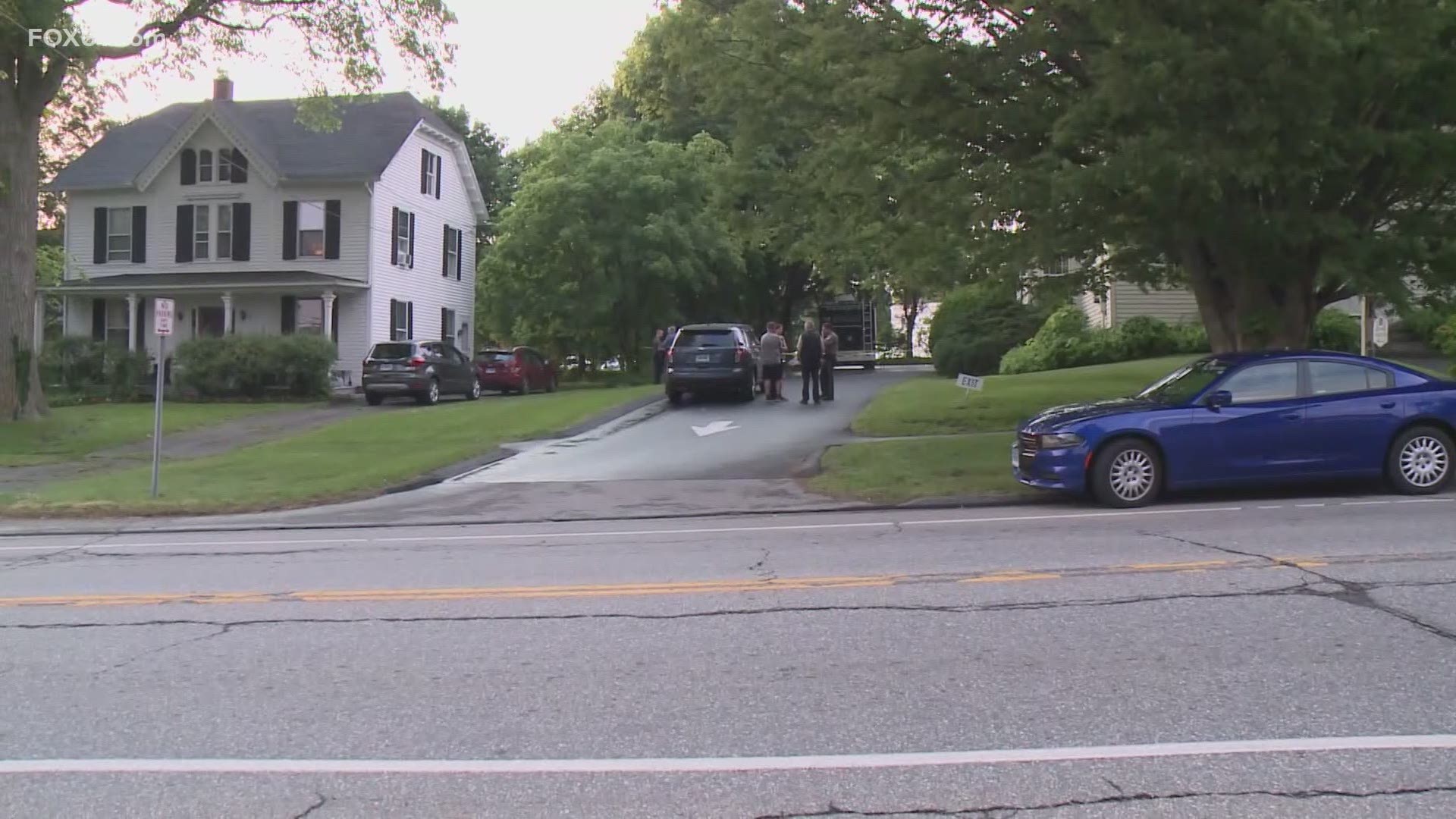 LITCHFIELD, Conn. — State Police continued their investigation into a deadly shooting outside the Cramer & Anderson law office on West Street.

The subject of the investigation has been named Robert Fisher.

A woman who lived next door to the law firm told FOX61 everything she heard and saw.

Morehouse has been living in the small town of Litchfield for almost one year on West Street. During her time here, never has she seen or heard anything as bad as what happened Monday evening.

She said she was taking a nap when suddenly, she and her family were startled.

"All three of us heard at the same time a woman screams and then a gunshot," added Morehouse.

Her husband then went outside to see what was going on.

"My husband saw a person laying on the ground, bleeding from his head and there was another person standing between two cars on the phone," added Morehouse.

Seconds later, sirens were heard from afar, and police cruisers rushed into the parking lot of the law firm. Businesses across the street like DiFranco's Restaurant and Pizzeria said they are not used to the chaos.

"The police just started flying in. it was crazy, one at a time they started coming and then you know, we're a little nosy so we walk up here a little bit get a better view and they're putting the police tapes," Jeton Adili, chef with DiFranco's.

Residents were shocked to hear it happened at a law firm.

"Shocking is a good word for it that it happened in a small town like Litchfield. This is not Manhattan, Brooklyn, or Chicago," said William Fabbri of Litchfield.

"Cramer and Anderson LLP was informed this afternoon via a State Police press release of the identity of the victim involved in yesterday's tragic incident. We express our condolences to the family of Matthew Bromley at this difficult time. We have conducted a review of client records and found no record of Mr. Bromley ever being a client of the firm or being a listed adversarial party. The firm continues to cooperate with investigative authorities."

"We do believe that they know of one another but in terms of the exact relationship to one another, that's unknown," said Josue Dorelus, spokesperson for State Police.

This was an isolated incident. Police added it is too early to determine if charges will be filed.

The offices for the law firm remain closed Tuesday.

FOX61 spoke with the son of the man who was killed where he lived in Torrington.  He was not willing to go on camera, but in Litchfield, locals are still extremely surprised to hear of something like this happening in their quiet town.

“You don’t see this kind of activity here in this town, it’s a quiet town and it was just very surprising,” Litchfield local Kevin Lacilla said.

But still, Lacilla acknowledges it could happen anywhere.

“Even the most calming towns such as Litchfield can have an incident like this. No town is immune to violence that happens,” Lacilla said.