Bradley and Martinez appeared in federal court on Tuesday. 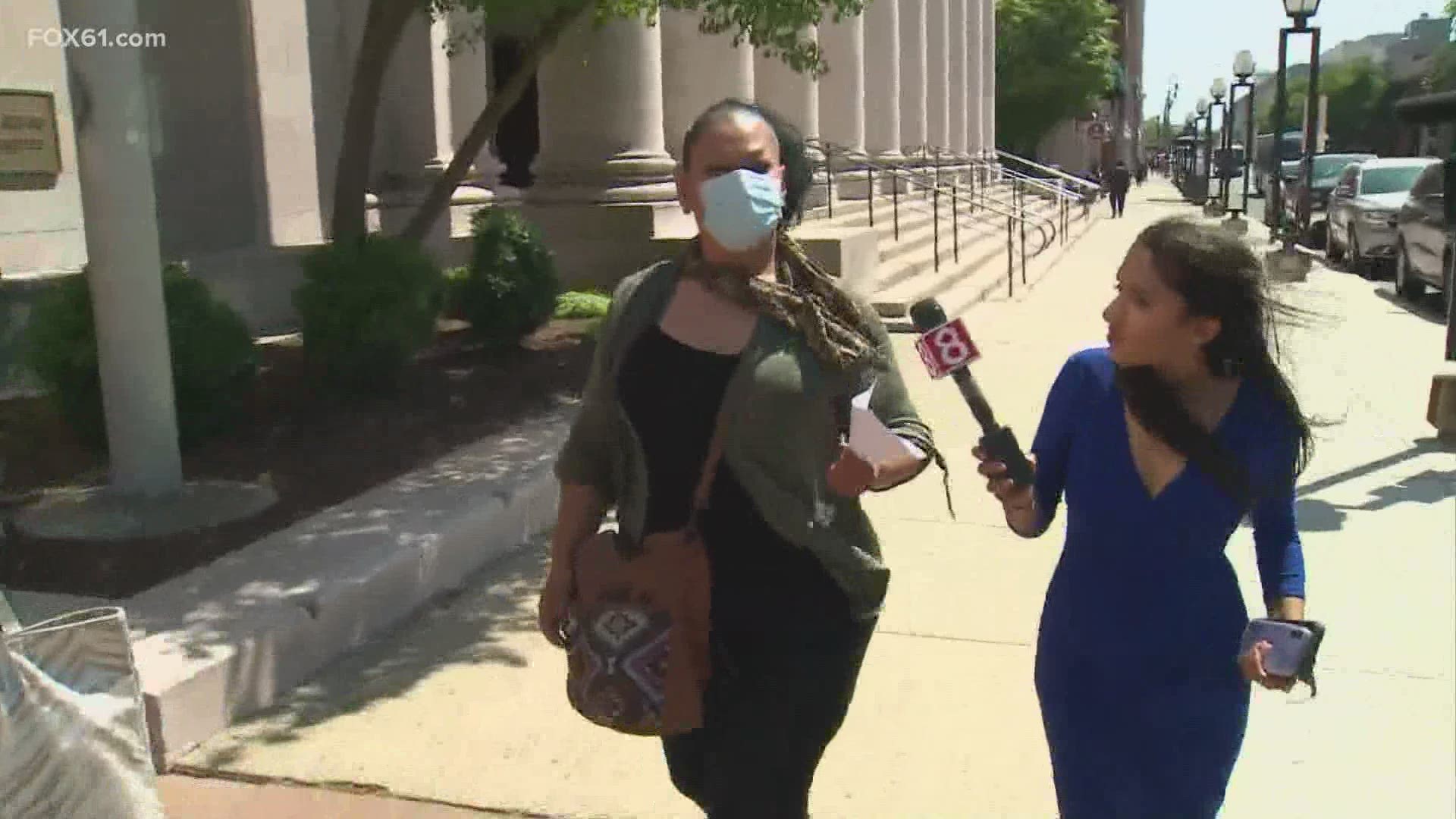 BRIDGEPORT, Connecticut — Connecticut State Sen. Dennis Bradley and Jessica Martinez, a former chair of the Bridgeport Board of Education, have been indicted on federal charges.

Bradley and Martinez turned themselves in to authorities on Tuesday. They are charged with six counts of wire fraud and one count of conspiracy to commit wire fraud.

Additionally, Martinez was charged with making false statements to investigators and before the grand jury. Bradley was released on a $300,000 bond and Martinez released on a $250.000 bond.

"Dennis Bradley Jr. and Jessica Martinez surrendered today to the U.S. Marshals Service in New Haven. An indictment is sealed pending their court appearances this afternoon." said the spokesman for the U.S. Attorney's Office in Connecticut, Tom Carson.

In a hearing in federal court in New Haven, Bradley plead not guilty to six charges as outlined in a 24-page indictment. He's facing conspiracy to commit wire fraud - one count, five counts of wire fraud.

The indictment said during his 2018 campaign for state senate, Bradley planned to defraud the Connecticut State Elections Enforcement Commission, the Citizens' Election Fund and the state by making misrepresentations concerning his compliance with state election law in order to obtain, $179,850 in campaign grants. Martinez was the treasurer for that campaign, according to authorities.

The indictment alleges that Bradley, Martinez, and their co-conspirators violated CEP rules by holding a March 15, 2018, campaign event at Dolphin’s Cove restaurant in Bridgeport, then engaged in a scheme to trick SEEC into awarding his campaign undeserved CEP grants by making misrepresentations and omissions to disguise the nature of that event.

It is further alleged that, in an attempt to hide the March 15 campaign event from SEEC, Bradley, Martinez and their co-conspirators claimed it was a “Thank You Party” for friends and clients of Bradley’s law firm, Bradley, Denkovich & Karayiannis, P.C., also known as BDK Law Group.

It is alleged that, although at least eight donors gave to Bradley’s campaign at the Dolphin’s Cove event, Bradley’s and Martinez’s co-conspirators altered and falsified the contribution cards so that none were dated March 15, 2018.

Bradley, 37, arrived in the courtroom in handcuffs, which were removed, and was represented by private counsel. Bradley and Martinez were jointly charged with six counts of wire fraud and one count of conspiracy to commit wire fraud. Bradley pled not guilty to all six charges. Additionally, Martinez was charged with making false statements to investigators and before the grand jury.

Gov. Ned Lamont's office said the governor was supportive of the actions taken by Looney.

Looney also removed Bradley from his remaining committee assignments. Saying Bradley will no longer serve as Senate Vice Chair of the Committee on Children or as a member of the Banking, General Law, Internship, and Judiciary committees. Looney also rescinded Senator Bradley’s appointment as Deputy Majority Leader.

“Based on the current available information regarding Senator Bradley, I have taken a first step to protect the integrity of the State Senate,” said Looney.

Senate Republican Leader Kevin Kelly (R-Stratford) released a statement saying he was troubled by the allegations and state Democrats must now rebuild the public's trust."

"I am troubled to learn of the allegations in the indictment involving Senator Bradley. Those of us fortunate enough to be elected to the state Senate have a special obligation to make and uphold the law," said Senator Kelly. "The trust and faith that our constituents place in us must never be broken. Our court system will carefully weigh these allegations. In the meantime, it is incumbent upon Connecticut Democrats to take steps to rebuild the public’s trust.”

Bradley, a Democrat, was first elected to represent the 23rd Senate District in Bridgeport in 2018. He had served as chairman of Bridgeport’s Board of Education prior to that. His biography on the state website said he had also worked with U.S. Rep. Jim Himes.

Bradley is the Deputy Majority Leader and served on the Public Safety Committee as the chair in addition to several other committees.

According to testimony before the state appropriations committee in early 2020, Martinez said she was the Chair of the Bridgeport Board of Education and the Chair of the BBOE Finance Committee. She testified against state charter school cuts which she said would unfairly impact many of Connecticut’s highest-need students. She was elected to the board in 2017 and was removed as chair in March 2020.