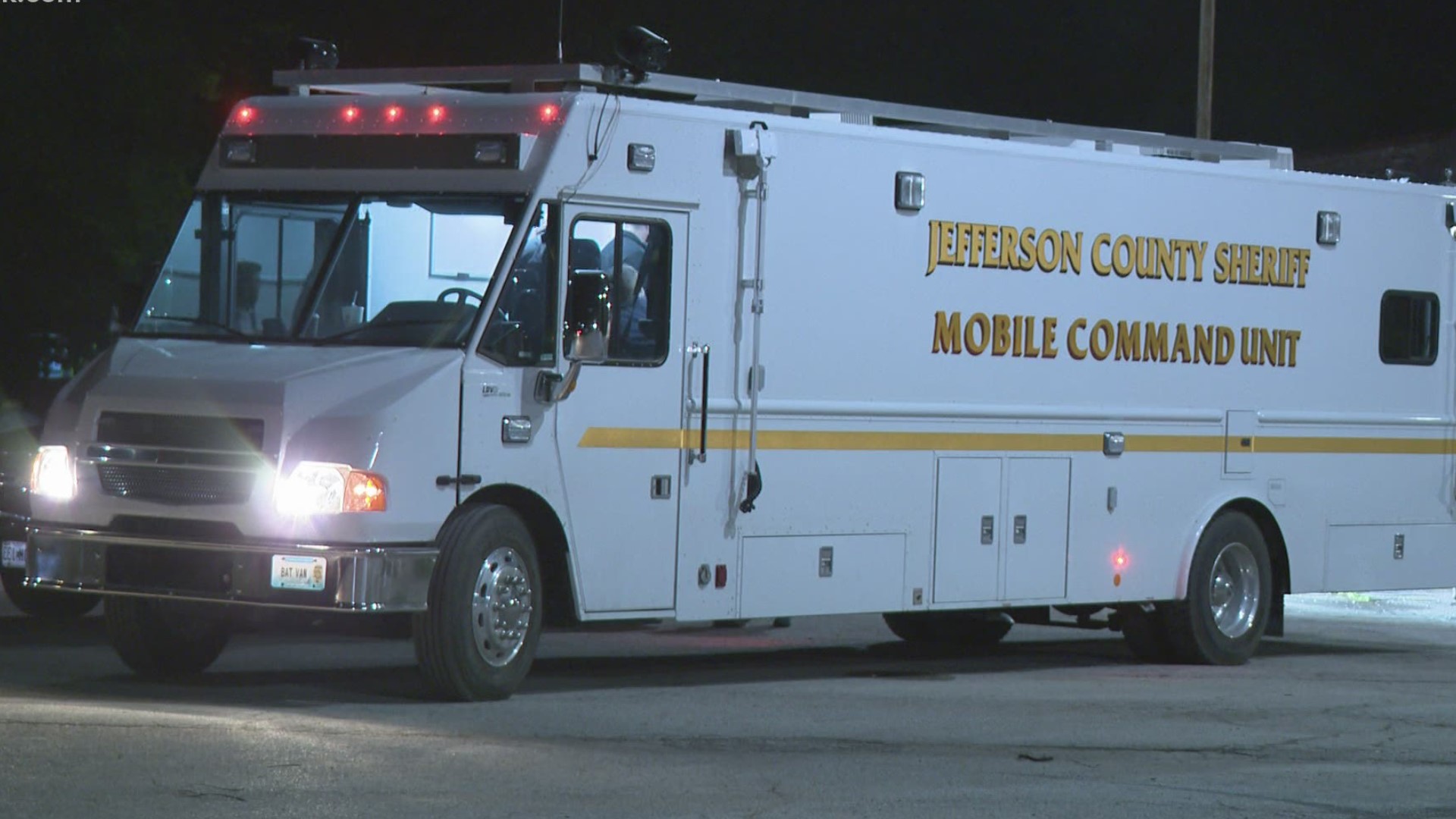 ST. LOUIS — A suspect is dead and an officer is in the hospital after an hours-long shootout in Jefferson County Friday night.

The incident began Friday evening on the 8000 block of Lake Drive near Cedar Hill as the Jefferson County Sheriff's Office was serving a search warrant related to a missing person who they suspected was a homicide victim.

Jefferson County Sheriff Dave Marshak said SWAT officers were on the property for a couple of hours before the suspect knew they were there. Shortly after the deputies announced themselves, a man inside the home began shooting at them.

An hours-long period of "multiple exchanges of gunfire" ensued between deputies and the suspect. About an hour in, a deputy was shot. He was transported to an area hospital where he underwent emergency surgery.

The standoff continued until the suspect was shot and killed. His identity has not been released and why he shot at deputies is still under investigation, police said.

"Our Deputy is expected to pull through. We're all praying for the best for him & his family," the sheriff's office said in a tweet overnight. Marshak confirmed at around 5 a.m. Saturday that the deputy had made it out of surgery. Marshak didn't identify him but described him as a seasoned police officer and "one of our best."

Our Deputy is out of surgery. Thanks for the prayers tonight.

Marshak said the suspect is known to law enforcement and has a lengthy criminal history.

"It's not the first time he's encountered law enforcement. The suspect was actively trying to kill police officers this evening, even shot at our armored vehicles," Marshak said. "Again, I think our officers did an outstanding job, both in terms of the investigation that brought us here and the tactical element that did an incredible job this evening."

An investigation is ongoing.