Police released multiple videos of body camera Monday night, showing an arrest of a suspect. A bystander present yelled at police to get their hands off his neck 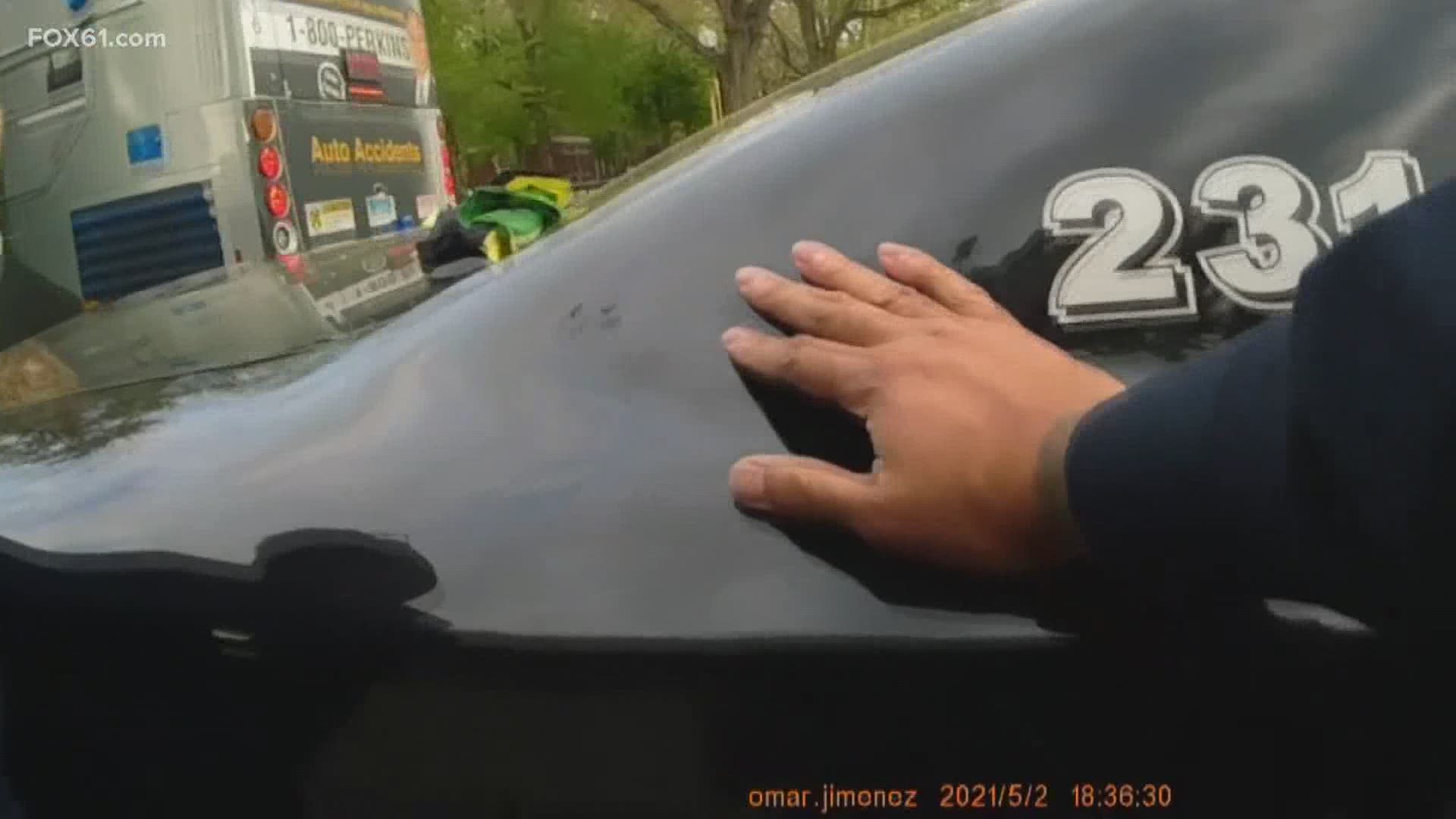 BRIDGEPORT, Conn. — The suspect involved in a physical confrontation with officers over the weekend was arrested on Tuesday after officers responded to a home for a welfare check/911 hang-up.

On May 4, Kevin Thomas was arrested after officers responded to the 200th block of Goddard Avenue. The complainant told officers Thomas,34, was destroying the house and possibly had garden tools.

Thomas had left the scene before the police could arrive but was soon found by officers in a wooded area on Hastings Street. Police say he was taken into custody and resisted getting into the car but eventually did after being convinced by officers.

On May 2, officers responded to the 50th block of Maple Street for a domestic violence call. The caller drove to East Washington and Noble Avenue where officers met them.

The caller had two passengers inside the car and as officers were interviewing the initial caller, they arrested one of the passengers for probable cause for a larceny incident. The suspect was later identified as Thomas.

While Thomas was being placed into the cruiser, police say he began to resist them and started to kick and push his way out of the back seat. During the struggle, pepper spray was used on Thomas and one officer was bitten.

Thomas received aid from EMTs and was taken to the hospital. Police said he was combative towards medical staff and had to be sedated and restrained. He was charged with assault of public safety personnel and interfering with an officer.

A video on social media began to circulate of Thomas's arrest, showing an officer put him in a headlock. One can hear in the video yelling for the officer to stop.

On Monday evening, police released footage from several body cameras and the camera in the back seat of a police cruiser showing the arrest.

There is an administrative investigation into the actions by the officers involved.

Police released a statement that read in part:

The Bridgeport Police Department is committed to partnering with the community and providing quality police services while remaining open and as transparent as possible.

Thomas was arrested twice on Sunday, first with larceny in the fourth degree and again in connection with the confrontation with officers.