5-year-old safe after car stolen at Wolcott gas station with child inside; manhunt for suspect

An 11-year-old was also in the car and managed to jump out before the vehicle drove off. 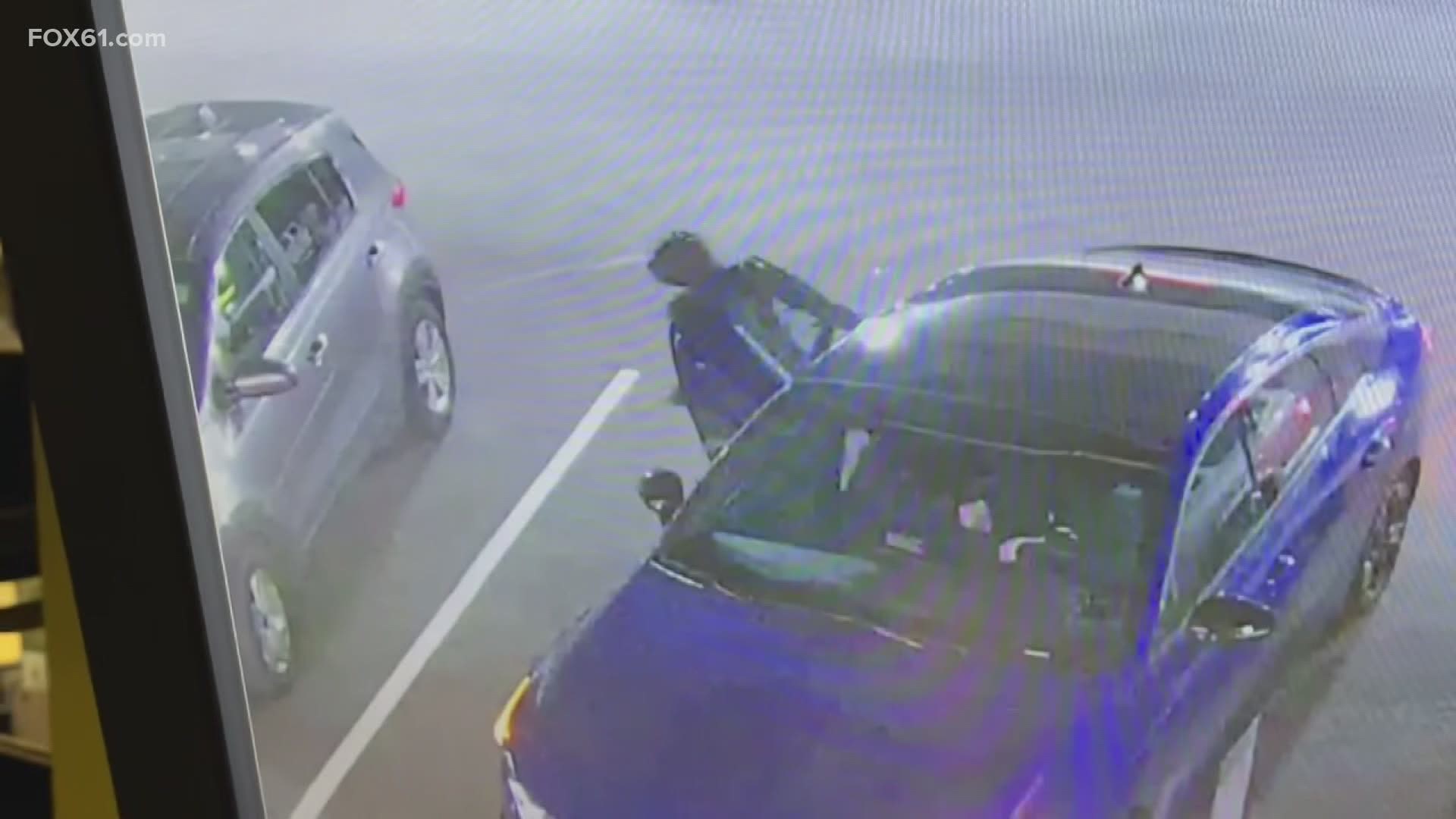 WOLCOTT, Conn. — Wolcott police are looking for suspects after they said a car was taken from a gas station late Sunday night with a child still inside.

Police were called to the Cumberland Farms on Meriden Road around 11:30 p.m. on the report of a stolen vehicle with a 5-year-old child inside.

When they arrived along with officers from the Waterbury Police Department, they learned that an 11-year-old had also been in the vehicle but had jumped out just before the vehicle drove off.

Surveillance video showed a blue Kia with people inside pulled up to the store and pulled alongside the victim's vehicle. One person is seen leaving the Kia and entering the vehicle. The suspect backed the vehicle out of the spot, and tried to drive off but struck another parked vehicle.

Police said when the vehicle crashed, the 11-year-old jumped out. The vehicle with the 5-year-old still inside along with the blue Kia turned right and drove in the direction of Waterbury.

A BOLO was issued and police said an Amber Alert was being processed and all area towns were notified.

"We weren't going to go home until we found this car with the child in it," said Chief Stephens in an interview with FOX61's Lauren Zenzie.

Around 1:45 a.m., Wolcott Police Chief Edward Stephens found the victim's vehicle on Knollwood Drive at Split Rock drive in the middle of the street, about a mile from the police station. The car was turned off and parked under a street light.

"Usually from experience, when there's someone n the car, thieves want to get rid of [it] right away, so we figured it'd be nearby," said Chief Stephens.

Chief Stephens found the child in the back seat of the vehicle, sleeping. The mother was reunited with the child who appeared physically unharmed.

"I was praying that the child was still inside the car – that was our main concern," explained Chief Stephens, "I looked inside and didn't see because it was dark and the windows were a little bit tinted, but I opened the car door and I could see in the backseat the child was asleep."

Police said they are still searching for the suspects who are facing charges of stealing a motor vehicle but also two counts of kidnapping and two counts of risk of injury to a minor.

Chief Stephens said police will be checking to see if any homes in the area had doorbell cameras that may have picked up any suspicious activity that could help lead them to identify and finding the suspects.