On February 3, Michelle Troconis' lawyer released evidence to the media of his client. Troconis is on trial in connection with the murder of Jennifer Dulos.

A new motion by the State of Connecticut filed Tuesday attempts to curb Michelle Troconis' lawyer from releasing evidence to the public.

In the new motion, the state cited two incidences where Troconis' lawyer, Jon Schoenhorn, released evidence barred from the public.

On February 3, Schoenhorn released multiple images, a video, and court filing from his client's case. He also filed a motion to dismiss his client's charges.

The images showed former murder suspect Fotis Dulos, who died last year, while the video showed Troconis repeatedly saying she "did not do it."

RELATED: 'I didn't do it' | New video released of Michelle Troconis interrogation by police

Troconis, Dulos' former girlfriend, has been charged with evidence tampering, hindering prosecution, and conspiracy to commit murder in connection with the Jennifer Dulos investigation. Troconis is out on bond and has denied all the charges.

Jennifer Dulos disappeared on May 24, 2019 after dropping her five children off at school. Police found her abandoned SUV near Waveny Park in New Canaan, about 3-and-a-half miles away from her home.

At the time, she was in the middle of an ugly divorce and custody battle with Fotis Dulos. Investigators believe he attacked her that morning, killing her, and then disposed of her body.

Jennifer Dulo's body has never been found. Fotis Dulos died in January 2020 after attempting to take his own life.

The State of Connecticut argues that the evidence released by Schoenhorn was "cherry-picked" and risked the integrity of the judicial process. The state is asking for an order that will direct the parties to seek the court's permission before releasing evidence. 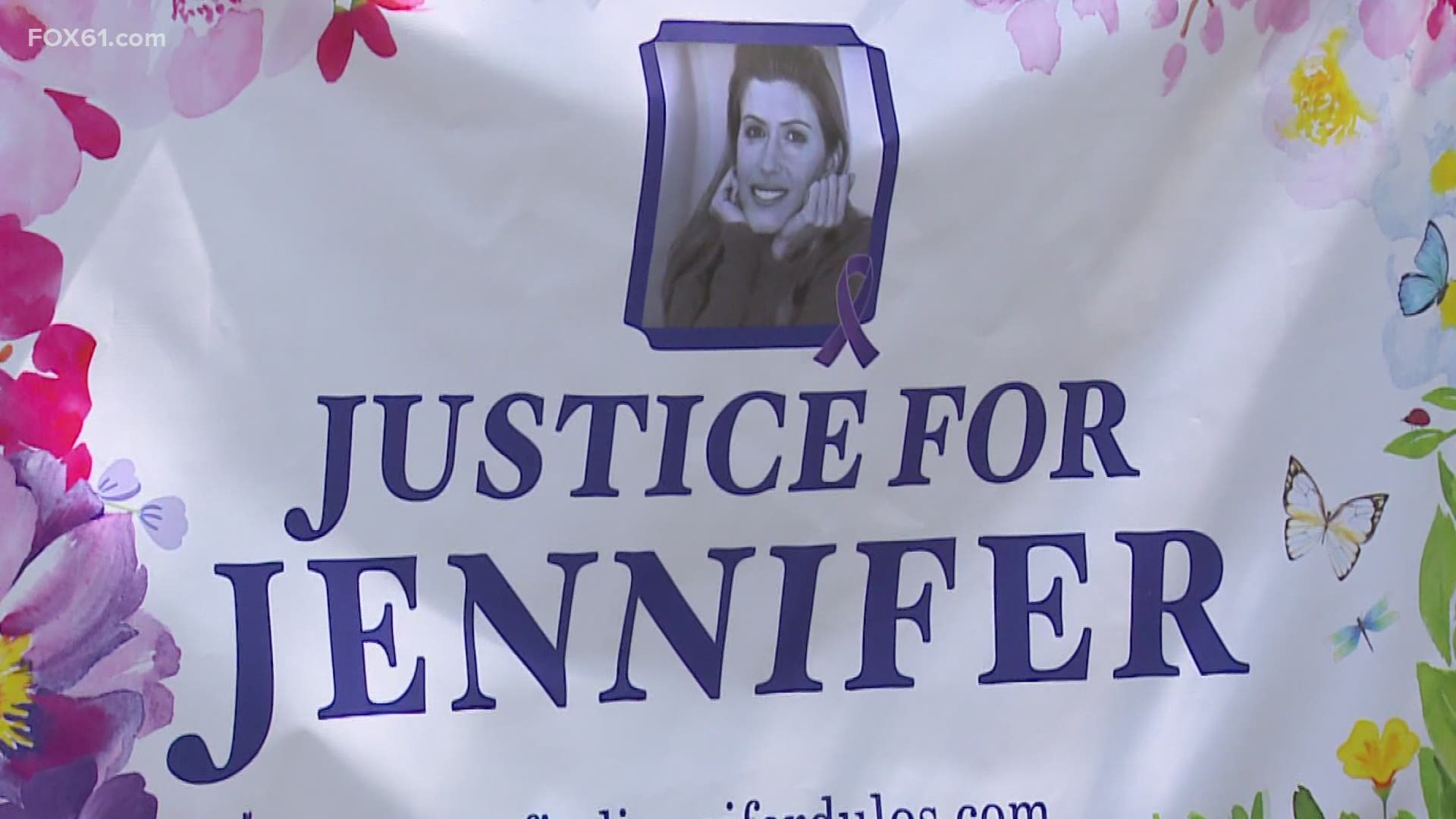