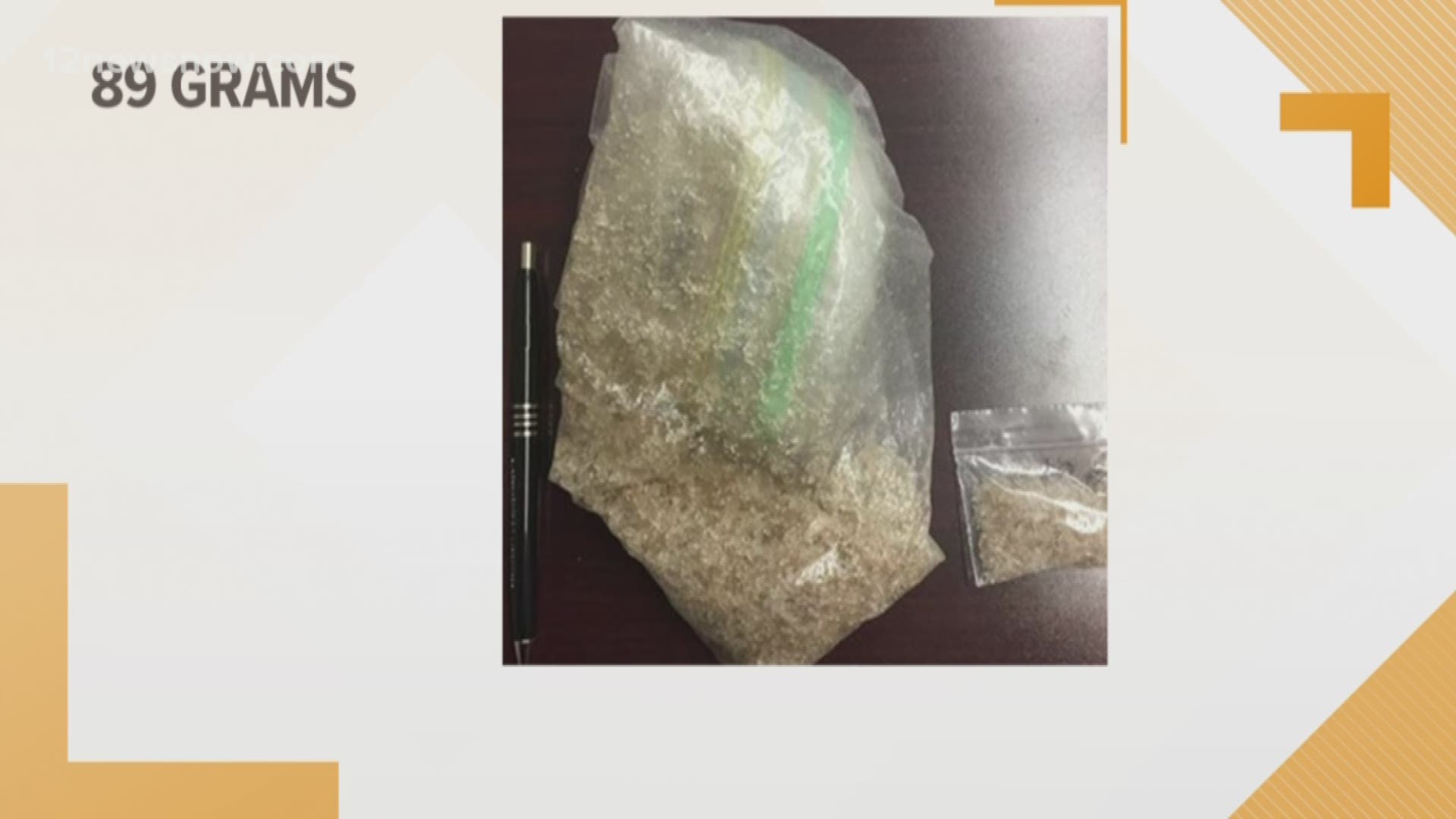 ORANGE COUNTY, Texas — A man and woman are behind bars after Orange County investigators found 89 grams of what is believed to be crystal meth in a Vidor house on Wednesday.

Zachary Winslow Stone and Jennifer Jordan Talcott were arrested when law enforcement officers carried out a search warrant at the home in the 300 block of Butler Street near Kent Street. The house is located blocks away from Vidor High School and Vidor Elementary.

Stone and Talcott are each facing a first degree felony charge of possession of a controlled substance in a drug free zone.

During the execution of the warrant two persons were identified and arrested. Zachary Stone, white male, born in 93 and Jennifer Talcott, white female, born in 95 were found to be in possession of approximately 89 Grams of a crystal like substance that due to Investigators past training and experience they believed to be methamphetamine.

The residence was determined to be located within a School Zone and both subjects were charged with Possession of a Controlled Substance in a Drug Free Zone HSC 481.l34 a Felony of the First Degree.

Both defendants were transported to the Orange County Jail where they were released to the custody of the Corrections Staff for book in.