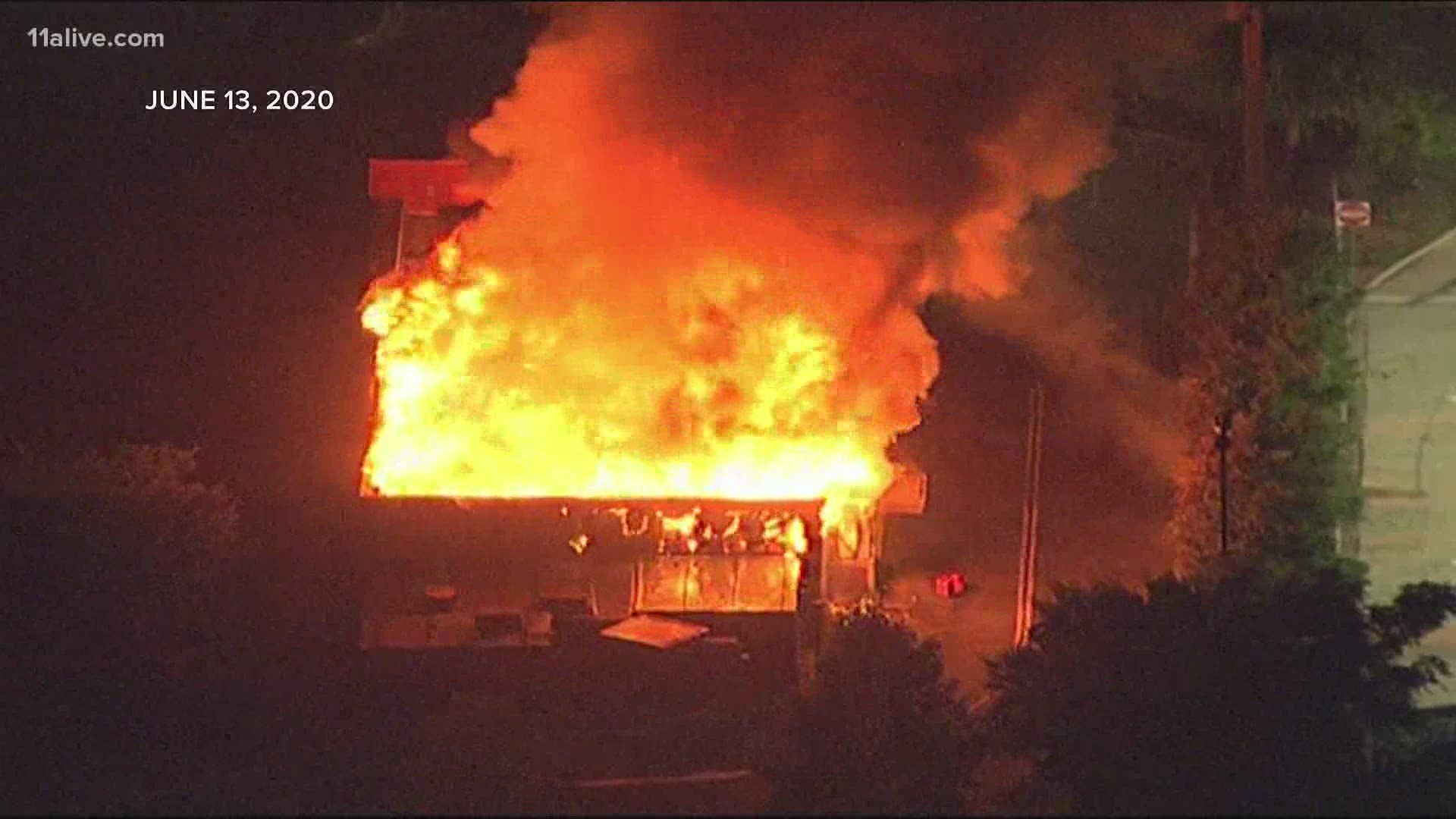 ATLANTA — Two more people have been arrested for their alleged involvement in a fire set to a University Avenue Wendy's the day after Rayshard Brooks was fatally shot by police in the parking lot of the business.

Both have been charged with arson in the first degree, according to the fire department. Kingston was granted a $10,000 bond and released, though he is required to wear an ankle monitor.

Wade was also granted a $10,000 bond in a Friday court hearing, which he waived. He is also required to wear an ankle monitor, have no contact with his co-defendants and stay away from what's left of the Wendy's.

Meanwhile, officials said they are still trying to identify additional people involved in the fire.

The arrests comes just days after the Atlanta Fire Department shared photos of several people on its Twitter account, saying that they wanted to identify they persons of interest because they could have "vital information" related to the June 13 fire that destroyed the Wendy's.

They also follow the arrest of Natalie White, 29, who was also charged in connection with the fire a week ago. She was released on a $10,000 bond under conditions of house arrest, wearing an ankle monitor and not using social media.

Since the fire, the gutted property had been both a location for both intense protests and peace. In the days following the fire, armed people had moved into the area and set up blockades making it difficult to get in an out of the neighborhood. Those barricades were later dismantled by police, and since, the location has become a spot for unity in community.

Authorities look to ID, question 2 men who may have 'vital information' on Wendy's arson

People take over property where Rayshard Brooks was killed, set up roadblocks on University Ave.

Photos: Aerial views of Wendy's where Rayshard Brooks was killed

1 / 10
WXIA
Aerial views of Wendy's where Rayshard Brooks was killed in Atlanta; Protests, memorials continue at burned out restaurant