When police arrived, the video shows Jose Montanez, 43, waving a gun as another man approaches him. 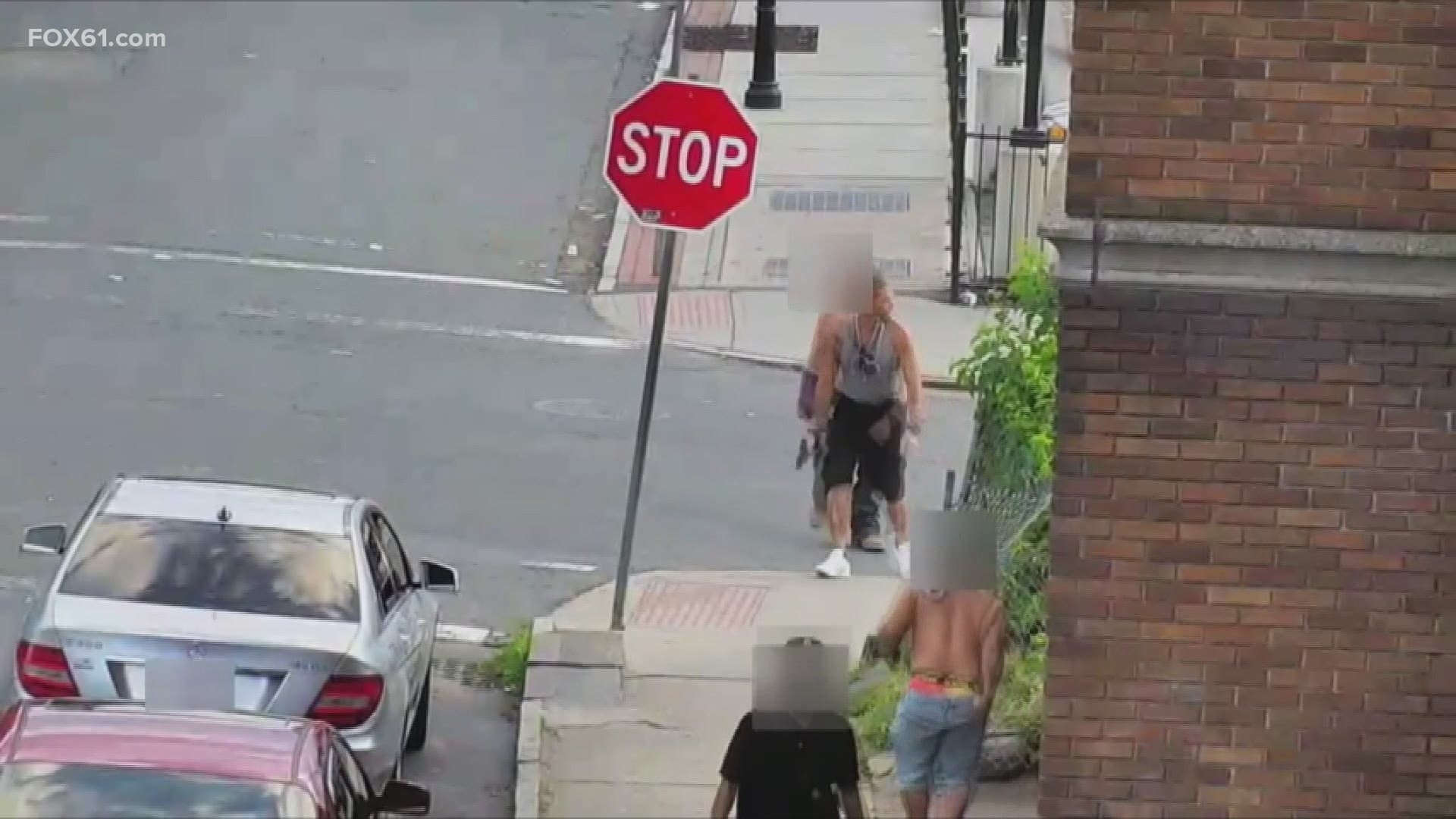 SPRINGFIELD, Mass. — Springfield Police released a three-minute video that shows a suspect who fired his gun and pointed his firearm at responding officers and bystanders. There were no injuries or property damage.

Police responded to a ShotSpotter activation of five gunfire rounds at 7:25 p.m. on Sunday near 100 High Street.

When police arrived, the video shows Jose Montanez, 43, waving a gun as another man approaches him. The man backs off and Montanez runs into the street still waving and pointing the gun.

At one point he drops the gun on the ground and picks it back up and continues to run down the street.

He moves out of sight of the camera.  Springfield PD says he then ran to the back of the High School of Commerce on State Street.

There, he allegedly tossed his firearm on school property before being taken into custody without further incident. Officers then recovered a second magazine in Montanez’s waistband, and the firearm was reported stolen out of Ludlow. Police say no injuries were reported.

Police charged him with:

"The outcome of this call is a huge credit to all of the officers on scene who showed incredible and courageous restraint in this situation, and, due to their keen observation during a fast-moving incident, were able to avoid an officer-involved shooting. Reloading or moving the slide forward only takes a moment and likely would have had a much different end result," Police Commissioner Cheryl Clapprood said in a statement. "The brazen actions of this suspect put in jeopardy the lives of our officers, several bystanders and himself and is an example of some of the most unpredictable, volatile and dangerous calls our officers respond to. This situation could have changed at any moment, and we are fortunate it ended as it did."