The vigil was attended by a few dozen who surrounded the makeshift memorial built in The Villages at Shore Landing apartments on Nautilus Drive. 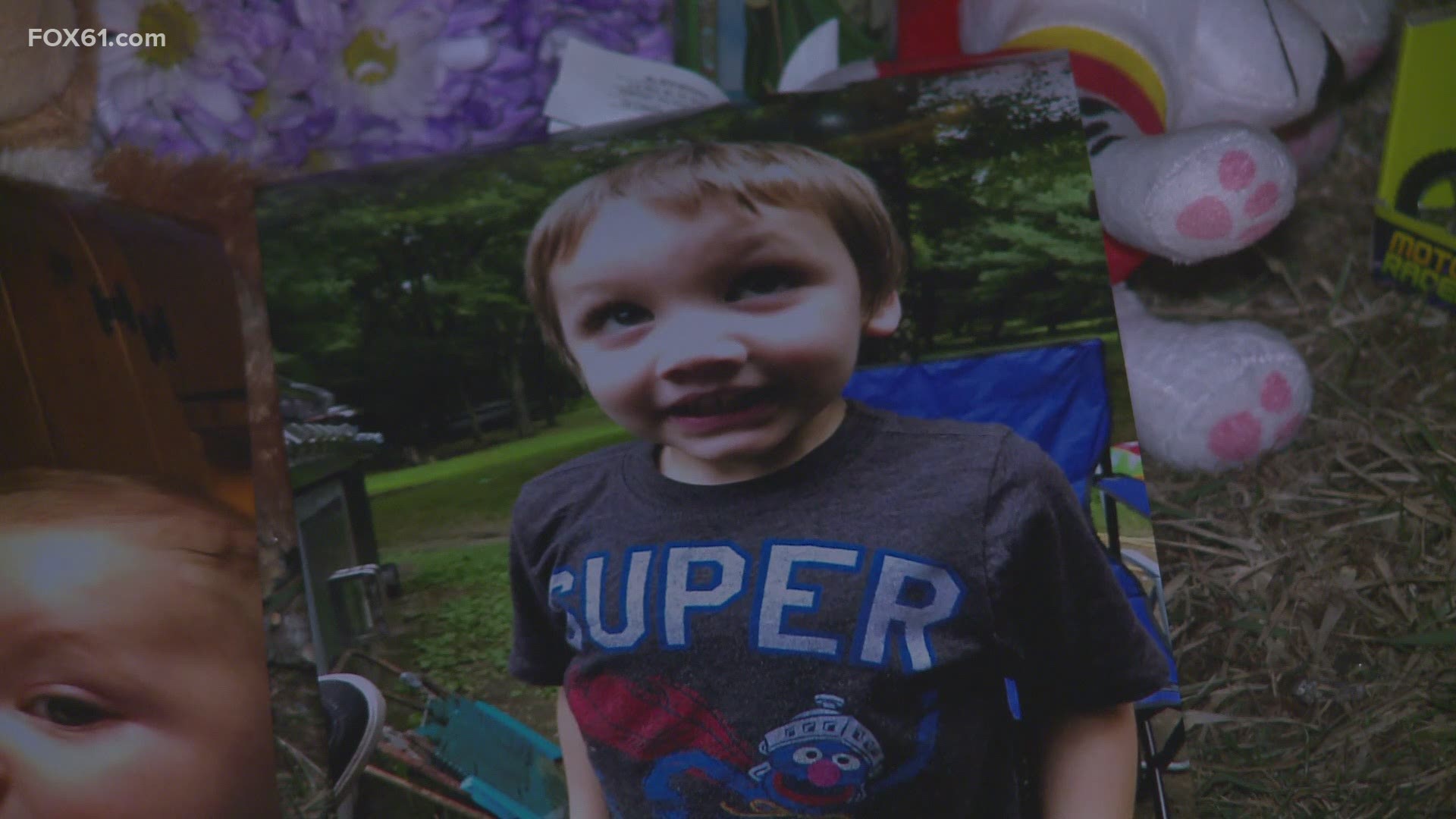 NEW LONDON, Conn. — A family and community in mourning. A vigil was held outside the apartment complex in New London where David "Cash" Jasmin, 4, was found dead. His mother appearing in court Monday morning charged in her son's murder.

The vigil was attended by a few dozen who surrounded the makeshift memorial built in The Villages at Shore Landing apartments on Nautilus Drive. Jasmin's family and friends were still in shock over the death they called "unfathomable".

"I’m floored," said Crystal Chilleri. "I honestly, I can’t fathom how you can hurt a baby."

Jasmin was found on the verge of death in his home Sunday morning. Police say his mother, Tiffany Farrauto, 33, told them she’d hurt her child. First responders did everything they could to save the little boy but were unsuccessful.

"I didn’t even believe it. That’s how unbelievable the situation is, and I was like no. There must be another Tiffany," said Chilleri.

Farrauto appeared in court Monday morning to answer to charges of murder and risk of injury to a minor. A health screening suggested that Farrauto be placed on suicide and mental health watch.

Police say she told them she strangled her son.

"Why? How could you? Did he suffer," asked Jennifer Ostby. "That is what this is about because he was alone, and I don’t ever want him to feel that again."

Those questions and a million more fill Ostby's head. David had called her an aunt. She says David and Tiffany lived with them for about six months last year before the two moved into a studio apartment.

She says David was a curious young boy who was always learning.

"Funny. The laugh. David had a little speech impediment. It was the cutest thing ever," said Ostby. "He was loved and he was. We will never ever understand this."

A GoFundMe has been created for David and his family. They say the extra funds may be donated to help others from experiencing a similar tragedy.

"Anything that we can do to bring awareness if anything, else in hopes that this doesn’t happen again," said Ostby.

Ostby says Farrauto was an emotional person and maybe she couldn’t handle those emotions anymore.  Although, she says there were never any signs it would come to this.