The man is accused of reckless endangerment in the first degree and evading responsibility. 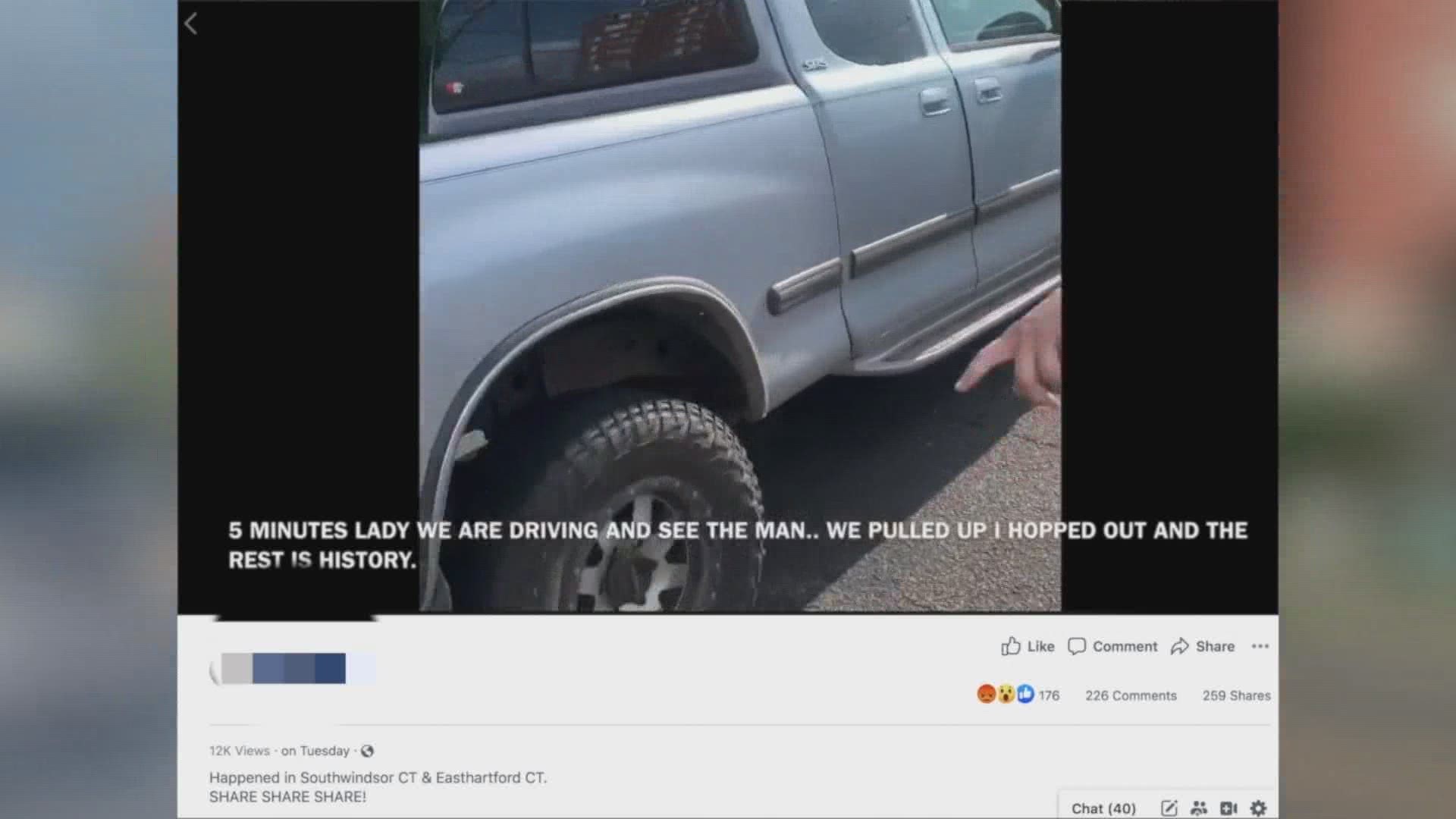 Police say a portion of this incident happened around 5:40 pm near the intersection of Connecticut Boulevard and Prospect Street. The dispute was said to have begun in South Windsor.

A video posted on Facebook shows the interaction between James Nasiatka, 55, and an unidentified person. In the video, Nasiatka is yelling extreme profanities at the person. A portion of the video shows him backing up his truck into a car and then driving away.

Police found Nasiatka at his home and Enfield and he was arrested without incident. No one was injured during the dispute.

Nasiatka is facing several charges including reckless endangerment in the first degree and evading responsibility. South Windsor Police told FOX61 they are investigating the portion of the dispute that happened in their town.