The images coming out of D.C. are shocking to many, but left many others with questions like how could this have been prevented and what happened? 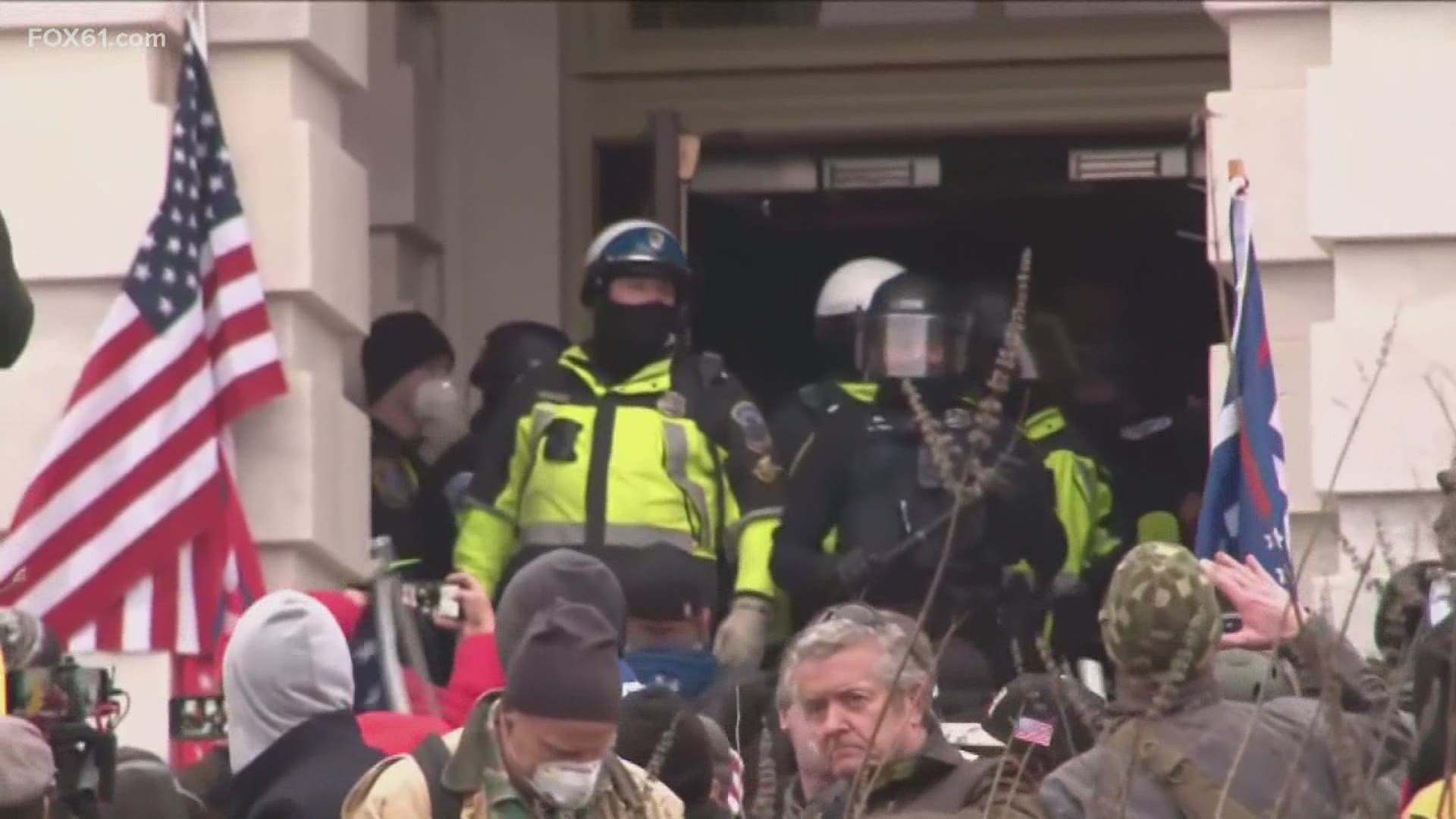 HARTFORD, Conn — Security is top of mind for many experts after watching the protest turned riot in Washington D.C. after people gathered at the nation’s capital angry from the past November election.

The images coming out of D.C. are shocking to many, but left many others with questions like how could this have been prevented and what happened?

"Once it moved from a peaceful protest to people trying to breach the walls and get into the capitol building itself, the security was inadequate,” said Kenneth Gray.

Gray is a former FBI agent now a lecturer at the University of New Haven speaking with FOX61, on why this was even possible in the first place.

Gray says we need to look at this incident from two angles. The protest side and then the riot side.

The protest side being that D.C. has seen protests before, but when looking at the riot side Gray says officials may have misjudged the threat level.

Gray said, "It is based off of the information that they are able to gather about the plans... the stated goals of the group, if they have anybody providing them with information and it is always possible that they have citizens that are providing tips... leads. They will need to revisit their security postures for different groups."

The capitol breach has left 4 dead, more than 80-people arrested and more than 50 officers injured.

Within the number of arrested at least 2- confirmed from Connecticut.

In any case, this incident still baffles some former congressional staff members like Dr. Jonathan Warton.

Dr. Warton said, "It's going to take a while to understand what took place. This is an unusual moment for this to happen especially when this is a time when Congress is doing its duty."

According to Gray, more than one agency will be involved in the investigation and this insurrection does not fall on just one agency.

"There is more than one agency that has to have input in this... with the size of the crowd one might ask why wasn't the national guard not involved sooner,” said Gray.

All questions that will only be answered in time.

Dr. Warton said,  "So I think a lot of this is going to come out. I don't think we are done with this yet."