Peter Manfredonia is the suspect in the homicide investigation of Ted DeMers and Nicholas Eisele. Manfredonia was captured in Maryland by police Wednesday. 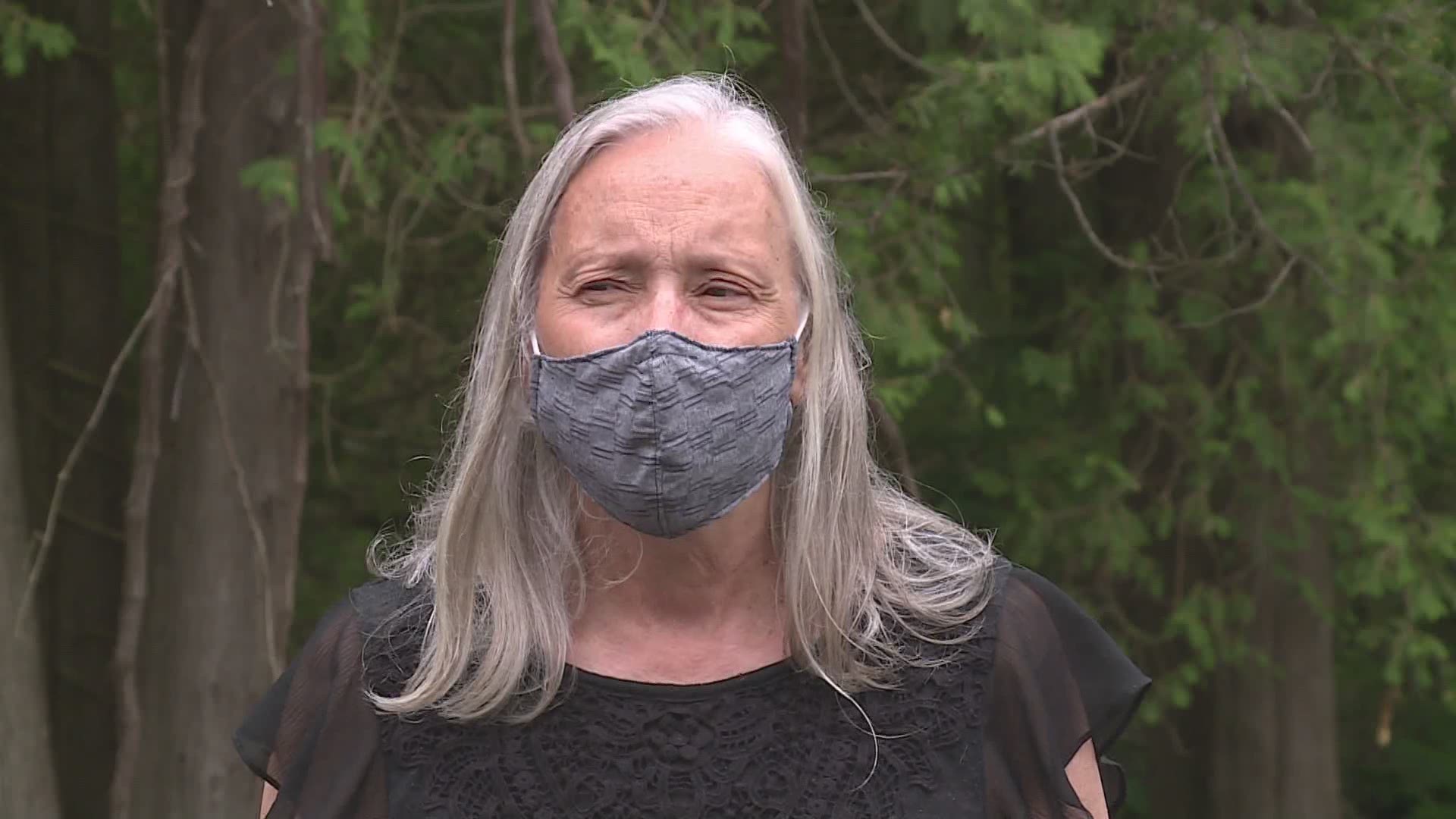 WILLINGTON, Conn. — For the first time since Ted DeMer's tragic death Friday, his wife of 42 years Cyndi spoke to FOX61 about her husband and the manhunt for the suspect that ended Wednesday night.

"I will miss him forever. But I was blessed to have him for 42 years. So that I`m grateful," said Cyndi.

State Police said 23-year-old Peter Manfredonia killed Ted near his home in the woodsy neighborhood of Mirtl Road the morning of Friday May 22, after telling Ted he needed help with his bike. Police said another man was also injured in the attack.

Ted was an artist and he and his wife sold custom furniture on custommade.com under the account "EverlastingWoods." The online store page reads: "as far back as Ted can remember, the forest has been a special place for him." He sculpted wood but his legacy was sculpting lives. Teaching his trade to troubled youth.

"This is who he was," said Cynthia. "This was the kind of person he was."

So it`s only fitting that Ted's likeness was immortalized in a piece of art created by local artist Randy Nelson.

"I`m a sculptor. I live in Willington, Connecticut, and Ted was a good friend of mine," said Nelson

Fellow artist Randy Nelson was commissioned in 1992 to create a statue of Captain Joseph Wadsworth. He used a Ted as a live model to sculpt the statue.

"99% of the people who walk by there never even realize there`s a statue on top of those flagpoles," said Nelson. "If anybody knew that it was Ted that was the model..."

As Ted died in Cyndi`s arms she thought she would never hear his words again.

What she didn`t know was Ted told a close friend that if anything ever happened to him to tell Cyndi a letter was waiting for her on his computer. He called it a "just in case" letter.

It was at that very moment breaking news crossed her television.

"I found the letter and as I read it is when it came on the TV that he had been apprehended. I was doing a happy dance," Cyndi said.

After a search that lasted nearly a week and spanned across several states, Manfredonia, deemed 'armed and dangerous' by Connecticut State Police, was apprehended by troopers in Maryland Wednesday night.

"Nothing is going to bring Ted back," said Cyndi. "Nothing will bring these victims back. He will have his day with his maker. I don`t think the gates of heaven will be opening up for him."

Ted leaves behind Cyndi and his two sons. He was about to welcome his grandson into the world next month -a grandson named Teddy.

On the Willington town green, a vigil for Ted continues at 7:30 p.m. Thursday.